Can’t Stop Thinking About a Dream 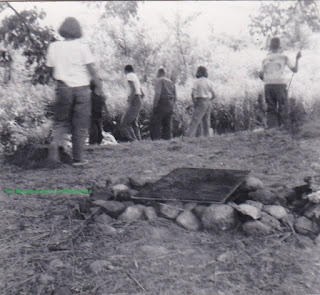 I’m at an age when I can’t remember whether or not people have died. So when I see a cousin or friend I haven’t seen in a long time I’m afraid to ask questions like, “How’s your dad doing?” or “Where’s your brother living these days?” even though I’m genuinely interested in knowing the answers. I had a dream a few nights ago that had me trying to remember if a person I’d known since birth was alive or dead. In recent years I’ve made good use of googling a person’s name plus the word “obituary” to get answers to the ‘dead or alive’ questions. As my mom used to say, “There’s more than one way to skin a kitty.”

That phrase, by the way, first appeared in print in the mid eighteen hundreds when a man was brought before the courts of England in an animal crudity case. He was literally skinning cats alive. Such a gruesome image but since my mom didn’t sit around reading old court records from countries she’d where she’d never been, I have to believe she read it in a Mark Twain book. He used a variation of the phrase as a metaphor in A Connecticut Yankee in King Arthur’s Court in 1889. “…She was wise, subtle, and knew more than one way to skin a cat, that is, more than one way to get what she wanted.” Mom had a related skin-the-kitty phrase she used often when I was growing up and even after her grandchildren came along. “Let’s skin the kitty,” she’d say as she helped us out of our pajama tops and sweatshirts. Heck, even I say it to Levi My Mighty Schnauzer when I peel his winter sweater off his body. And it just dawned on me why he takes off like he’s been shot out of a cannon when I’m finished with the task. The word “kitty” is an important noun in his life. “Is that kitty in the yard again?” “What’s that kitty doing back there?” “Stop barking at that kitty!” He’d probably thinks there’s a cat near-by when I mention skinning one.

Back to my the dream that had me wondering if an old friend---Al---was alive or dead. In the dream I was snuggling up to him and my husband walked by and said, “Well, I guess you’re with him now” and kept on walking. “I am?” I asked Al and he gave me the alpha male predator smile and pulled me tighter to his body. Al and I spent all our summers growing up just four cottages away from each other. Along with his younger sister and my older brother, we spent our days playing cowboys and Indians, hiking around the lake, camping in the woods and walking to the store several miles away for ice cream. As teenagers we played a lot of poker and Monopoly together on rainy days and long nights before TV was invented. And I never, ever had a romantic thought about him in all those years or since so the idea of snuggling with him in my dream shocked me awake.

I couldn’t let go of the fact that I was dreaming about a person I hadn’t seen in probably twenty years. We’ve exchanged Christmas letters every year, though. He’s a good writer with a better memory than me so I always enjoyed reading the reminiscing he’d shared in his holiday letters. That dream and the fact that he didn’t send a letter this year had me searching the internet. The problem with that is there are fewer and fewer people choosing to put obituaries into a searchable format so the fact that I didn’t find an obituary for Al still leaves a slight doubt in my mind. We used to be able to check the phone book to see if someone is still listed. And if you are asking, “What’s a phone book?” you’re too young to be reading old people’s blogs.

I remember many of my dreams and often look them up in the Dream Moods online dictionary. Here’s what it said about seeing a childhood friend in a dream: It “…signifies regression into your past where you had no responsibilities. Things were much simpler and carefree. You may be wanting to escape the pressures and stresses of adulthood.” Not Shit Sherlock! Have you seen the news lately! But when figuring out the meaning of our dreams the so-called experts say the action in them is the most important part and about getting hugged, the dictionary says, “To dream that someone is hugging you suggests that you need to let down your guard and allow your true feelings to show." It could also mean “that you need to allow yourself to heal emotionally.” But the million dollar question is was it the hugging/snuggling the most important action in my dream or was it the fact that my husband was essentially abandoned me? I’m not sure if I really buy into dream analysis other that it’s a fun diversion but its spooky how often the interpretations fit. For abandonment the dictionary suggests that it may be time to leave past feelings behind and that “the fear of abandonment is part of the healing process after losing a loved one." ©

Note: The photo at the top is of the kids I spent all my summers with growing up. We were at a camp we built back in the woods behind our cottages. I'm the one holding back from watching a snake in the creek.