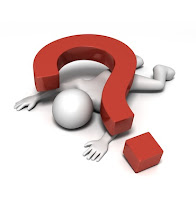 Spoiler alert: A personal blog is a place to keep our memories and record our feelings with a little self-psychoanalysis thrown in. It's National Whine Day here in River City so get out the cheese and join me if you’re willing to listen to me complain about feeling older than the rock of Gibraltar. What? You don't see the resemblance? That monolithic promontory has 100s of caves and my bones are honeycombed. All I'd need to match Gibraltar is a few migratory birds sitting on my head. I hate feeling old! Have I mentioned that lately? I hate knowing that one careless fall could break a hip and put me in a nursing home for the rest of my life. Ya, I know from reading the blogs of my peers that I'm the odd man out on this aging with grace thing. Most of you are doing just fine with that whole concept. But a few of you---you know who you are---are in complete denial. Hint: age IS more than just a number, even if a bottle can give you the same hair color you had in high school. I try not to complain too much in public but behind closed doors sometimes I can’t help feeling sorry for myself. Sorry that I’m in the last chapters of my life and I have nothing important to show for all my years on earth. Sorry that no matter how much Cher and I wish we could turn back time, it keeps marching forward.

Wondering if we’ve wasted our gift of life is a common thread with many/but not most people in my age bracket. For those of us who do wonder, we bemoan the fact that we haven't lived up to our youthful dreams and aspirations and even fewer of us have soared beyond them. Not everyone can be an astronaut, for example, or be another Stephan King or travel the world without having to join the Navy to do it. Not everyone gets to be a cowboy or a princess or to run away with the circus. Does that mean we’ve wasted our lives or opportunities? I don't know, I'm so confused! Maybe it just means we have to reassess the yardstick we are using to judge ourselves? Or maybe we shouldn’t be judging ourselves at all. Maybe that is best done by the people we have touched, loved or inspired. And isn't it a royal bummer that they don't mention any of that until they eulogize us at our funerals. Funerals should come first, then dying! Anyone on board with signing that petition? We never know how far our sphere of influence goes which is so aptly illustrated in the Jimmy Stewart Christmas movie, It’s a Wonderful life.

I can’t complain about the course my life took, I can’t brag about it either. I guess that statement in itself is something to slap on a road-side billboard. Vanilla living means I haven’t walked on the dark side, haven’t done things that could put me in prison or cause others to curse my name. There’s still time, I suppose, if I want to live in infamy but who would take care of my dog if I got taken down in a hail storm of bullets if I tried to avenge our Founding Fathers by rushing the White House? “We all end up dead, it’s just a question of how and why,” Mel Gibson’s character said in Braveheart which is probably not far down the list from his best known line of: “Freeedommm!” Nope, if I were to rewrite the text of my life I’d be more like Jimmy Stewart in Mr. Smith Goes to Washington. Principled and idealistic, I’d take down the corrupt politicians with the power of my naïve dedication to Truth and Goodness.

With the direction that last paragraph took it makes me wonder why I never had a crush on Jimmy Stewart. He sure took some great roles in his career. His 1950s movie, The Greatest Show on Earth planted the seed of romance I had with the circus that in part led me to apply for and be accepted into the Ringling Brothers School of Art and Design. Not starting their fall semester in 1960 is the single most debated ‘what if’ question that takes up space in my head as I age into the home-stretch of living. Turned out I might have just graduated from high school but I was still a naïve kid who was too scared to leave my family’s womb. (Ya, I used the word 'naïve' twice in the same blog; sue me for liking that word and knowing how to use it.)

I don’t waste a lot of time with other ‘what ifs’ in my life. With the exception of the Ringling Brothers decision, I’m happy with my life choices, most of which I made with my eyes wide open and my list of pros and cons clutched firmly in my fist. Oddly enough, I truly believe I still would have met my husband if I had altered the trajectory of my life back in 1960 because he actually spent time down in Sarasota (where Ringley’s is located) when I would have been there and we would have been hitting the same places for night life. I believe we were soulmates, destined to meet over and over again until we recognized each other. I believe that because ten years before we started dating our paths briefly crossed when we were both going to different high schools. It was at a drive-in restaurant where one summer night Don and I sat on the hoods of our cars practicing our flirting techniques. It was documented in my diary then forgotten until it was rediscovered many decades later. Ya, Don and I would have met in Florida and again back here in Michigan after we both had grown up enough to quit sowing our wild oats.

Will we meet again in the Great Unknown? The pragmatic side of me says probably not while the romantic side of me says, “Hell, Yes!” The bigger question, though, is which side of me is more naïve? Okay, I agree, I'm pushing it with this third and now forth 'naïve'. I should back space this paragraph out of this post but I'm in a silly mood today and I want to share the silly. "Are you with me, Simipkins?" Only true fans of Jack Black in The Holiday will get why I'm using that quote here. ©