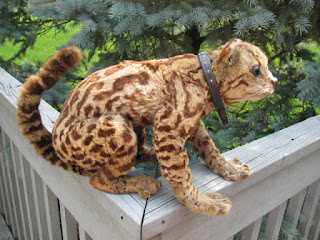 Maybe not right away but I’m hopeful that happy days are on the horizon. Heavy construction starts back up in my state tomorrow which means the continuum care campus where I have a hefty deposit down on a unit will be able to move forward again. It remains to be seen whether or not my investment income will recover enough for me to move there when it’s completed. And lawn care people were allowed back in action last week. I haven’t seen hide or hair of mine but I’m not worried about that. Yet. He's way behind on spring clean up jobs. My irrigation company has scheduled my spring start-up appointment and by the time this post is published that service should be completed---he’ll be the first person to be inside my house since the beginning of March when my cleaning service was last here. But the part of my life that involves senior hall activities are all on hold until June 8th. They even canceled a day trip that I signed up for to visit a prison down state that was supposed to take place in mid-June. I’m kind of glad about that. After being under stay-at-home orders since March 15th I’ve lost interest in seeing the insides of a prison.

And my big news---drum roll please---is the lot of 100 things I had sitting in limbo at the local auction house since the beginning of March finally had its day. I was worried that the lag in time would make people lose interested in what was advertised so long ago but the bidding was strong. I got $262 for my taxidermy desert (?) cat from the turn-of-the-century that I really didn’t want to let go of in the first place and all that time waiting for the auction to take place had me wanting to go pick her back up. I loved that silly cat and the memories of the day my husband bought her. Knowing what she sold for makes me believe she went to a home that will appreciate her as much as I did. Heck, no one who ever came over seemed to like her but me so I was worried she'd only go for a buck or two and I'd regret sending her off. Yes, I have attachment issues.

The auction house starts everything out at a buck which always makes me nervous, but it’s fun for the bidders. I also had a 1950s Daisy be-be gun in the auction that I would have put on e-Bay but I couldn’t find a box long enough and I was happy it went for over $100, almost as much as it would have sold for on e-Bay. Local auctions are unpredictable, though. An antique iron screw padlock that I’d had on e-Bay that didn’t get any bidders at all went for $68 locally. But I was royally disappointed that a 1940s fan-shaped pressed glass luncheon set that was my mother’s only went for two dollars and after I pay the auctioneer his dollar listing fee---well, you do the math. It wasn’t good. I didn’t want to let go of that set either but I have too many dishes for the space I’ll be moving to. On e-Bay you can set your minimum bid so you have more control of the outcome and those luncheon sets do decent there, but packing 24 pieces of glass to ship safely is not my idea of fun. When you put a group of stuff in local auctions you’re better off not looking at final bids individually because collective the total usually exceed everyone’s expectation. Auctions all have sleepers, even for people like me who are tuned into the collectibles market and my sleeper was Fossil watch advertising piece in the image of a gas pump that stood 6 inches high and went for $41. I didn’t think another soul on earth would pay more than a few bucks for that piece of plaster besides my husband and he paid fifty cents for it.

When lot auction money comes in, I seem to go on mini spending sprees at Amazon. Here’s what I bought after the auction above: 1) a pretty turban to cover up my shaggy hair since salons won’t open any time soon, but I sent it back because it was supposed to be white and black and they sent brown and black; 2) a long-handed shoe horn because I was sick of only having one in the house when I put my shoes on in two different locations; 3) a hardcopy, non-fiction book by Jennifer Weiner titled Hungry Heart, Adventures in Life, Love and Writing; 4) a Fitfort fitness tracker watch to replace my Fitbit that quit working. I would have gotten another Fitbit but its app kept crashing my computer when I tried to uninstall/reinstall it which I'd need to do to get new Fitbit to work without involving my cell phone. The Fitfort will even take my blood pressure so I’m looking forward to that feature. I’m not looking forward to having its dashboard on my phone’s tiny screen but Fitbit is the only tracker I’ve found that is Windows 10 compatible…at least it used to be compatible before their most recent auto-software update; and 5) last but not least I bought a billfold. Do you know how hard it is to find them these days that includes a place to put a checkbook? It cost the price I got for the Fossil gas pump but it will probably last me the rest of my life. Writing checks will soon go the way of buggy whips and I’ll be one of the last holdouts.

Things are looking up here in River City and hopefully I’ll start feeling in control of something besides the decision to get out of bed in the mornings. In the meantime we're still under stay-at-home orders until the end of May and if we do go out for food, medical care or to work in businesses being allowed to open, masks and 6 feet social distancing are required. © 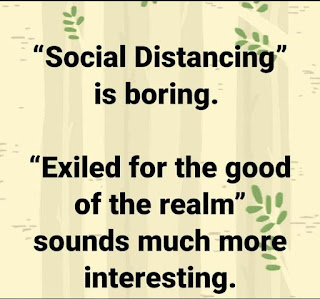