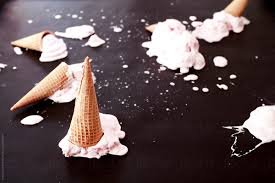 Memorial Day is fast approaching and I need to plan a trip to the cemetery to tend my husband’s gravesite which isn’t really a gravesite since he isn’t actually buried there. Part of his ashes are there and a stone that shows both our names and his birth and expiration dates. Expiration date, yup, if you have read the very first post I wrote in this blog you’d know why I’m using that word instead of saying the date he died. I can use it tongue-in-cheek now but back when he died this is what I wrote:

“Widowhood: Day one after the funeral. I made some calls today to notify people about Don’s passing. One was to the medical supply company that rented us his oxygen machine and the backup oxygen tanks to use during power outages that never happened. And the woman on the phone says, ‘And when was your husband’s expiration date?’

“Expiration date? I thought. We’re not boxes of cereal with expiration dates stamped on our bottoms! If that were true we could have planned our lives better! And that thought got me to laughing and visualizing poor Don's bare butt with an expiration date tattooed on one cheek. No doubt Ms. Medical Supply Lady thought I was entirely too happy, given the nature of my call. I wasn't happy, of course, but I'd already used up my daily crying quota by noon and it was 2:00 in the afternoon.”

I have since come to understand that no matter how a person talks to a newly minted widow they can’t win the wordage war. “When did you husband die?” “When was your husband’s expiration date?” Tomato tomahto. Emotions are raw. Tears are close at hand and we’re on the lookout for targets to aim our pain and anger. My target came in the form of an old friend who wrote in a condolence card words to the effect that now I was free to go have fun. Say what? She was lucky she didn’t say that to me in person and I’m proud of myself that I didn’t write that in a condolence card to her five years later when her husband died. I’m not proud to admit, however, that I thought about doing it but tit-for-tat is for children I finally decided. And I’m not proud of how much space that single sentence took up in my head. It festered and grew until I finally came to the conclusion that as inept as her words were she looked at my 12 ½ years of caregiving my husband as a long suffering burden---which wasn't the way I defined that period of my life---and in my new widow's shoes she’d want to go on a Caribbean cruise as soon as the ink dried on the life insurance check. Did I mention that’s exactly what she did after her husband died?

If we did come with expiration dates tattooed on butts, what date would I pick? I’m not a proponent of the Death with Dignity Movement by any stretch of the imagination. It’s too draconian for my tastes and ripe for misuse and murder. Nope, I’m not going under that bus with a little push from God knows who including someone with selfish reasons to want to me out of the way. Also not going to ride an iceberg off into an icy sea in a noble gesture to save the tribe from caring for the elderly. Who goes next, the disabled? The unemployed? But if I could whisper a hint in ear of the universe I’d pick my expiration date to be the day after my 100th birthday. How’s that for having a lofty goal for a Septuagenarian?

Speaking of lofty goals, ohmygod I just did the math and if I’m going to finish reading War and Peace before I die I’ll need to read 73 words a day for the next twenty-two years! That’s so do-able if I could just get past the fact that I don’t care about Russian society or Napoleon’s invasion. If the main theme of Tolstoy’s tome is supposed to be that “family happiness is the ultimate reward for spiritual suffering” as one summary states why couldn't Leo have gotten that point across in less than 587,287 words? What I’m beginning to question why I'm still holding on to that grueling reading goal when another long-time, fun-filled goal gets overlooked. That one involves balancing an ice cream cone on the end of my nose before it drops on my chest and ends up on the sidewalk. (I was thirty going on twelve so don’t judge, but I still think I can do it even if I failed my first time out.) I’ve had the War and Peace goal for so long that I don’t remember how it came about but I’m guessing it has something to do with my dyslexia and coming to the doors of the library later than most---figuratively speaking. I should get real, admit that it’s a futile goal and model myself after a character in one of Pippa Grant’s romantic comedies who chants to herself: “Accept it and let it go. You are a river, constantly in motion, leave the past behind.” Never let it be said that you can’t find nudges of inspirational thought in trashy fiction. ©
Posted by Misadventures of Widowhood at 12:30 AM