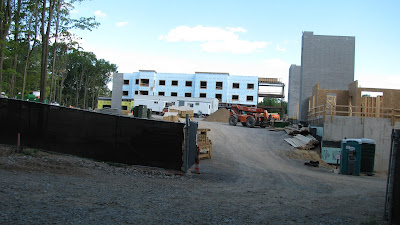 It’s been a busy week with a bright highlight smack-dab in the middle. It came with do's and don’ts and signatures promising that I’d read a safety-on-a-construction-site document and I hadn’t lied on the standard, half page form we Michiganders have to fill out before we’re allowed around others who have taken the same “blood oat” that none of us hasn’t tested positive for the Covid-19 virus or live with anyone who has it. I’ve had my temperature taken so many times for that form this past month that I’m thinking about gluing a forehead thermometer bar on my head. I don’t trust those temperature guns they point at our heads. Do they remember to clean them in between foreheads? (Medical offices yes, hair salons no.) How do we really know they aren't crawling with covid cooties or even the common variety, kindergarten cooties?

The construction company building the continuum care campus where I’m planning to live sends out a newsletter explaining stuff like: “This summer has flown by and progress on site continues on at a fast pace as well. July was an extremely busy and critical month for the project as we reached our first big milestone on the project. On buildings one and two, the pre-cast concrete columns, beams and floor planks were completed, enclosing the parking garage below. This was a critical time for us because the pre-cast installation drives a huge portion of this project. It now allows us to open buildings one and two for the remaining concrete work, and shortly after that, wall framing can begin.”

Honestly, I don’t know why they made us wear yellow hardhats, goggles and vests. The tour took place in the late afternoon after all but four of the workers had left for the day so we weren’t in any danger of a crane dropping a steel beam on our heads or us getting run over by a cement truck. There wasn’t even any wet cement around and, trust me, a few of my future neighbors on the tour have a mischievous side and were hoping to write their names in the construction zone cement. They should be fun to live near as long as they don’t lick door handles or otherwise do stuff to endanger our lives like make s’mores over an open flame on their decks. Did you know you can buy a s’more maker? (Just one of the things you can learn from reading smut romance, action adventure books.) Amazon must have nearly two dozen styles of s’more makers from indoor electric to hibachi style with chafing fuel cans. But I digress...

The tour was on a perfect summer day with a light breeze and a bright sun overhead. And at the risk of sounding like a broken record their chef out did himself again. Before the tour he served two kinds of sliders, shrimp kabobs, a Gouda cheese and pretzel thing to die for, and we each got a box of four homemade raspberry truffles to take home. They served liquor as well but I don’t drink and drive. I am, however, looking forward to the day when I can have wine at the CCC’s restaurant where I’ll be eating this chef’s food every day, if I want, and walk home if I get a little giddy at the bar.

I’m still not sure how I’m going to like living in what is essentially a three story apartment building complex with 52 units. The only time I’ve lived in something other than a single family house was when I was in college where I was on the third floor in a women’s dorm and the bathroom was down the hall. But, hey, it was college where we didn’t care if it was noisy or you didn’t have a lot of privacy or you ate your meals on a cafeteria tray. Mostly what I remember about that building (nicknamed spinster hall) is how we all huddled around a small television set in the public room watching Kennedy talking about the Cuban Mission Crisis and then the calls started to and from families (including mine) arranging to pick us up, emptying out the dorm before the sunset. If there was going to be a war, we’d all die in our basements with our parents. If danger from man or nature comes to my future home in the CCC I’ll just go one floor down to the underground parking garage/tornado shelter.

Being in the health care business with another campus in town and an older section on the same lake where the 52 units are being built, their sales crew, CEO and chef who work at the CCC were super careful with the masks, hand sanitizer stations and having tables and chairs set up with social distancing in mind. Our state has had a mask requirement for a long time, now, but there was still a need for the speaker to remind people that their masks needed to cover their mouths AND noses when we weren’t eating. Except for picking up our food, the event took place almost entirely outside and it felt safe. The cherry on the top was the four construction workers who gave us the tour. Not only were they able to answer all our questions but they were easily the best eye candy I’ve seen in a long time. Ya, sure, I know what you’re thinking but just stop it. At my age, raspberry truffles was the only candy I was interested in taking home.  © 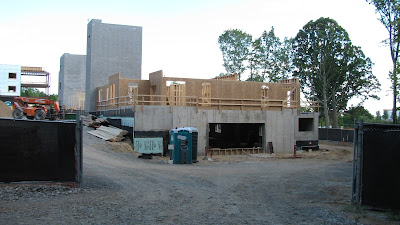 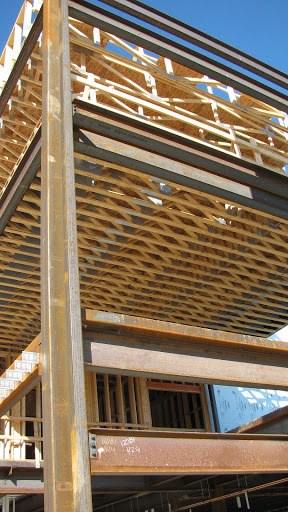 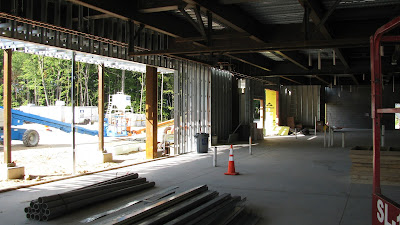 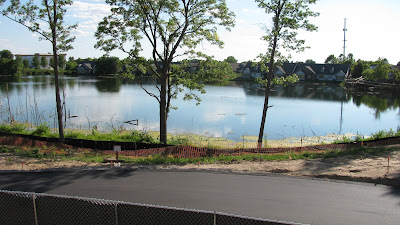