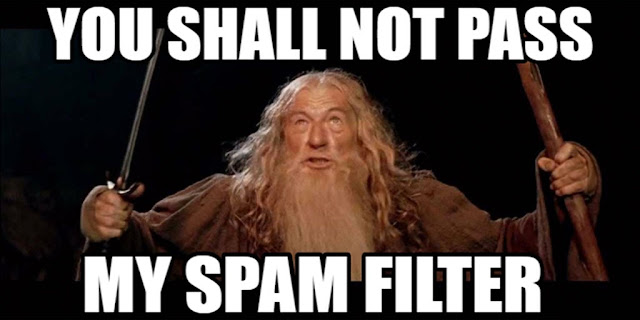 Have I mentioned how happy I am that August is here? I’m old so if I’m repeating myself I’ve got an excuse. Yes, I’m not above playing the Old People Card or the Absent Minded Flake Card or the Woman Card---whatever works for you.

August, for me, means new goals and a break from e-Baying to do Facebook Market Place sales.  Hopefully. I’ve never done them before but others seem to make them work. I’ve got a Hoosier cabinet, a vintage butcher block/kitchen island, my childhood dollhouse, an antique fire hydrant, a dog cage that Levi out grew, a large glass sided showcase and some art I’m hoping to move. I’ve already started ganging this stuff up in my garage so buyers won’t have to come inside, but I have to wait for the son-I-with-I-had to help me move the showcase into the garage. That sucker is big and it held hundreds of tiny things that I’ve mostly sold off over the past year. And you have my heartfelt promise if I ever get married again to a collector he’d better collect classic cars or something easier to dispose of than obscure-but-valuable tiny things that nearly wore my brain and eyes out to research.

August will also include sending another lot of stuff off to a local auction house. With the last load I sent off in the spring I proclaimed it would be the last one and I proclaimed the same thing with the lot before that one. But I keep identifying stuff that I’m ready to let go of locally---lower prices with less work than shipping with e-Bay, so I’m playing the Woman Card here that says it’s our prerogative to change our minds. I’ve got the lot almost ready to be picked up and it includes stuff like my husband’s teddy bear, a WWII helmet, glassware too fragile to e-Bay and some cast iron collectibles too costly to ship and still be a good buy for those who want them. My beloved antique folding chairs are going this time, too, because let’s face it I’m too old and ‘fluffy’ to be sitting on antique chairs created two centuries ago when butts were obviously small and compact. Ditto on the 1854 patented piano stool I’m sending. I’m up to 94 items readying to send off. My goal is 100. Gotta admit, though, that pickings are getting slim and choices are harder. Mostly I’ve got rare books and art left to sell and neither are good candidates for the local auction house where all bids start at a dollar.

August will also bring me something exciting to do---actually two exciting things unless our state slaps another hard, lock-down on us. Fingers crossed that doesn’t happen. The first ‘something exciting’ is a hardhat tour of my future home at the continuum care campus that is being built that I have a deposit on. Apparently by mid-August there will be enough progress for us to see to get our excitement level back on track.  Masks, hardhats, orange vests and goggles required plus social distancing and we had to read and sign a safety-on-the-site document. Before the pandemic struck in March, the non-profit building this place was holding monthly get-togethers as part of their marketing budget. I’m hoping they will re-schedule a few of their programs that got canceled. I was just starting to get to know (and remember) some of my future neighbors. The second exciting something I’m looking forward to doing is making a trip out to my oldest niece’s cottage and we’re working on getting my youngest niece to come over too. I haven’t seen either one of them in forever…at least a year. We keep in contact with occasional emails, Facebook messages and text messages but it’s not the same as being in the same physical space where organic conversations take place.

Okay, I’ve got to ask those who read here who are also bloggers a question. Are you getting a daily dose of a comment that promises a naked photo if you click on their link? I been getting them for a couple of weeks now. They usually come with a meant-to-be-playful line that includes kissing, begging and teasing, short but just as obnoxious as the long, anonymous commenter whose been hitting us all for months with the baby-boomers-are-evil nonsense. Putting these comments in the spam folder does absolutely nothing as far as I tell, not like when you put them in your e-mail spam folder that your provider evidentially finds and stops them from coming. So I pulled out the Delusional Card thinking I could find some help at the (fictitious) Blogger support forums but all they say is to just delete and forget the comments and change our settings to not to accept anonymous comments.

So my second question: if you stopped accepting anonymous comments did that stop the flasher and/or the hates-baby-boomers comments? Some of my favorite commenters use the anonymous feature and I don’t want to shut them out if the juvenile spammers just find a way around that setting change. I double these spammers even read any of the blogs they poop comments on but just on the off chance one is reading this post I liked to say, quit playing the Dumb-Ass Card! You will never, ever get past the moderate comments feature. ©

Email ThisBlogThis!Share to TwitterShare to FacebookShare to Pinterest
Labels: 'To Do' lists, spam