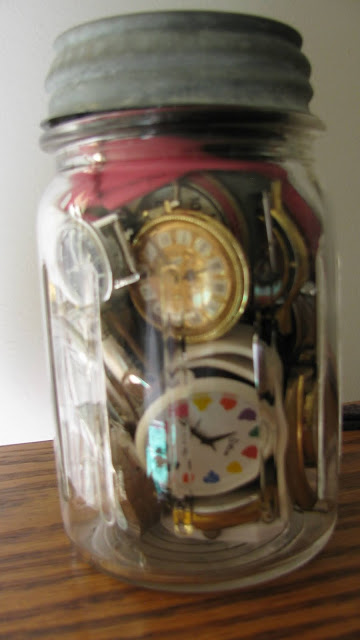 Before the pandemic I could just walk into the jewelry store to get fresh batteries put in watches---that is after looking into their security camera, pressing a button and after I’ve passed their look-and-see test. Yup, old woman not carrying a Glock 43 and an empty duffle bag, she can come in. The place is near my house and is a fancy-schmancy store that sells high-end stuff and probably has over a hundred Rolexes on display and a couple dozen Audermars Piguits. I don’t have high end watches in need of batteries but I do/did have watches I don’t want scratched by someone who just started working at K-Mart or wherever else you can buy batteries and get them installed. I’m down to the last two watches from my husband’s collection that are going on e-Bay. They are vintage Mickey Mouse watches that’ll I’ll probably get shy of $250 each. $500 wouldn’t cover a faction of the taxes on most of the watches they sell at Fancy Schmancy's.

For the first time, because of the pandemic, I had to leave the battery-needy watches, get a claim ticket and I’ll pick them up next week instead of waiting for them like I’ve done in the past. Fine by me. The place makes me nervous because it’s been hit by armed, daytime robbers at least five times since I’ve been living near-by. Maybe the owners don’t mind having a gun aimed point-blank at their heads but I’m not wanting to pee my pants that way. If I’m going to pee my pants in public---not saying I want to or ever have---I’d rather it to be because I am laughing uncontrollably.

Yes, I know other lesser quality jewelry stores will change batteries but this place also buys gold and when I dropped the watches off I sold them the last of my husband’s gold coin collection. He didn’t have many gold pieces to begin with---five-six, I lost track---but it feels good to have them gone. It did, however, give me pause thinking the world is going to become a dystopian and maybe I should have kept them to sew in the lining of that last coat I’ll own when I’m wandering around the bleak landscape that was once America, former home of free and brave. Can you tell, post-apocalypse books have been catching my interest since the pandemic?

A therapist could probably explain my new attraction to books like that but all I know is there is something comforting about knowing life will go on even if Trump causes a nuclear disaster or a world-wide depression starts picking us off one-by-one as we die waiting in soup lines. In the end I decided that gold coins would not be the commodity that a dystopic world would trade in…it will be cell phone batteries. Everywhere I go people have cell phones attached to their ears. No more polite conversations between strangers. We back up when they come into our six foot bubble and talk into our cell phones like they're going to save us from real-time human interactions because they do. Dating in 2020 must be a bitch. “When this pandemic is over I’m going to remove your mask slow and easy and kiss you hard and fast.” Or as author Keri Beevis said in a meme, "If the conona-19 virus doesn't take you out, can I?"

Ohmygod, I need to lighten up the post and I think I’ll do that by explaining the canning jar full of watches up above. That pint of watch faces---27 in all---is practically every watch I’ve ever owned since my first one in the '50s. Unlike my husband’s watches mine were mostly cheap, throw-a-ways and I had planned to group them up in three logical lots to sell on e-Bay but many had bands that were so old they were literally falling apart. So I took a page out a fellow blogger’s playbook and stuffed the watch faces in a jar. Thanks to Dawn, at the Bohemian Valhalia I now have five jars full of pared down collections: one quart jar has a 100 wooden nickels, another is full of buttons and I have plans to fill up a two quart, wide mouth jar with Cracker Jack toys. I just have to get past the fact that it took me years to sort and date all those plastic and metal toys before I’m ready to undo it all to gain a smaller footprint to display them. I’ve already filled a two quart jar up with bits and pieces my husband and I picked up out West on what I consider the happiest day of my life, but I’m pretty sure I’ve shared that story already.

While sorting through my box of old jewelry I came across a sterling silver ring that I remembered getting after seeing The King and I back in the ‘50s when I was a teenager. It’s stamped ‘Siam’ which is the country that was renamed ‘Thailand’ in 1939. I put it on and haven’t taken if off since. It’s got two fish on the front which, of course, I researched because that’s what I do for fun and I found out the fish symbolizes wealth, prosperity, strength and bravery. I forgot I was wearing it when I went into the jewelry store yesterday. Normally I haul out and wear the only good piece of jewelry I own---my wedding bands---when I go to the jewelry store because I want to look like have something of quality. The people who work there, however, are trained to treat everyone with equal respect and warmth whether you’re dressed in Woman Within clothes like me or high fashion designer duds. Wouldn’t it be nice if the whole world adopted that same attitude? We could have licked so many of our social ills by now if we did. © 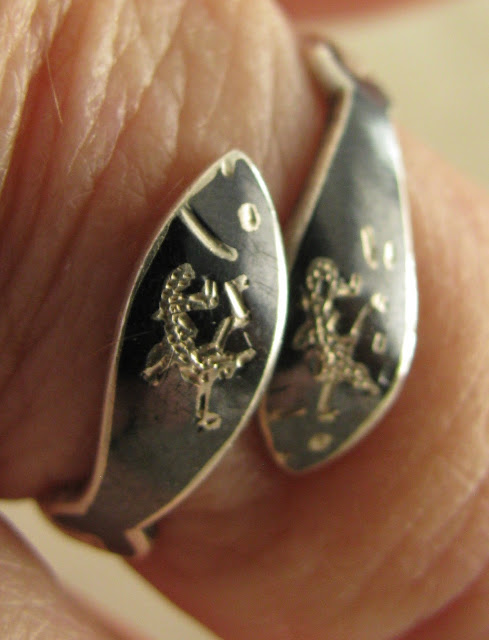