Life in the Stress Lane 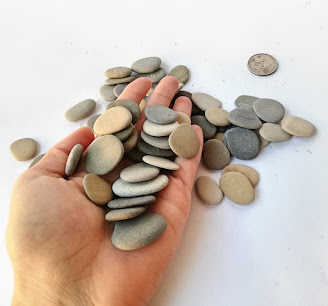 Have you ever felt like you’re collecting stress, one petty pebble at a time? A pile of pebbles adds up and I’m not sure how much more I can take. For example, my cell phone wouldn’t turn on after charging. We’ve lived decades without one so it shouldn’t be a big deal. Solution: take it to the cell phone repair place and throw money at the problem. Okay, I did that. In the meantime the dog groomer told me that Levi has a golf ball sized tumor on the inside of his back leg that wasn’t there six weeks ago when he was last bathed and beautified. Went right home, called the vet and was told to call on my cell from the parking lot when I arrive for the appointment. Oh, great! First World problem meet the pandemic rules of engagement.

Next pebble: I left the post office after dropping a letter in their outside box and while I waited for the pickup truck in front of me to turn onto the street, I could see an accident about to happen. And it did. The truck had those humongous tires that puts the driver up high in the air and just as he was pulling out he hit a woman on a bike who shot out in front of him. She was coming down the sidewalk and she never slowed down or stopped at the corner or even tried to make eye contact with the driver before pedaling her way into the accident. Anyone who’s been in one of those jacked-up pickup trucks knows there’s quite a blind spot in front. I blame them both and while she didn’t get hurt as badly as the back of her bike, it was stressful to watch. Waiting for the aftermath to unfold made me late for an appointment with my bank’s investment broker and I had to reschedule. Ya I know, ho-hum more First World problems.

Pebble number four: I have an issue going on with my arm and I’ve had to wait four weeks to get into see my bone doctor. September 8th can't come fast enough. I’ve mentioned before that I had elbow surgery two decades ago and a year ago it was giving me a lot of pain. When the doctor x-rayed it he found out that the screws have backed out and one is floating around and the end of a one bone is not attached to anything. Not wanting to go through more surgery he told me what not to do to keep the pain at bay. Not lifting anything above my waist and keeping my elbow tucked in close to my side when I do pick anything up has worked well until all of sudden my arm started giving me needles-and-pins feelings whenever I type and my arm often feels like dead weight that alternates with feeling like I’ve got a blood pressure monitor squeezing me. I have a high tolerance for pain but the constant weirdness is driving me nuts. I’m not sure if I’d label this a First World problem but I just wish it could go away with a bonk on the head from a good fairy's magic wand.

Then there’s the pandemic that adds surprises (and not in a good way) to our lives like going to the dollar store and running into a cashier who was wearing her mask on her chin. We have a mandatory mask law in place in our state and this is an anti-maskers protest move that keeps them from getting fired or fined. All it did for me is tense me up wondering if someone in line would challenge her selfishness for not covering her nose and mouth. A little stress pebble from a woman with rocks instead of brains in her head. I got the last laugh, though, because the receipt gives a link to rate your visit and for the first time ever, I went online and filled out one of those forms.

More pebbles of stress are coming at me from the political election crap/conventions heating up. I just want it all to go away as easily as drinking a tall glass of icy, cold water could make a mirage go way if one were crossing the Jordan Desert with a camera crew remaking Lawrence of Arabia. Whoa! Where did that thought come from...but aren’t movies great? We get the danger, the romance and the allure of far-away places without breaking a sweat. Like my fascination with being a CIA agent/spy which is only attractive as a career choice if I could take a stunt double with me while I save the world. Is that too much to ask? I’m digressing again but know this: if I ever get dementia I'm going to have fun living inside my head.

Back to pebbles of stress, did I mention wasps are busy as I type building a nest under the shingles of my house and that my yard is creeping me out? Everywhere I look poison ivy is growing. Why? I don’t need more jobs on my list of things to do. I feel like I’m juggling too many balls in the air and they’re all about to fall because I’ve lost interest in everything except when can I buy ingredients to make s’mores? And trust me, I'm reaching far back into my past to be lusting after those as comfort food. What next will I crave? Gerber's Sweet Potatoes and Peas? That's what I get, I suppose, for banning ice cream, cake and cookies from the house.

The bottom line? Where do I go to find some gratitude that my First World problems are just pebbles compared to the boulders that others in Third World countries face? Where do I go to get an attitude adjustment? My problems are petty but the more stress pebbles that get thrown into my metaphorical pond the more I wonder if I’ll need a surfboard to navigate the ripples as they seemingly grow higher and higher. © 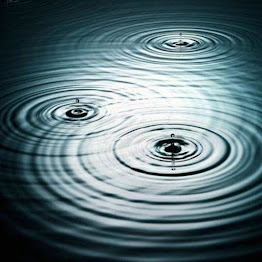