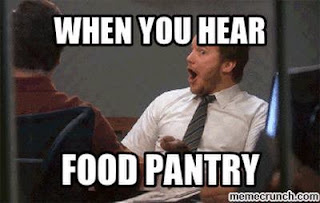 My doorbell rang this week which rarely happened before the pandemic and never since our state’s lock down started in March. I didn’t want to answer the door because it was nearly noon and I hadn’t gotten dressed yet. But I knew from the way Levi was acting as he peered out the window alongside the door that whoever was on the other side of the glass was someone the dog knew and liked. That narrowed the field of likely visitors down to a few neighbors and a half-dozen others who wouldn’t show up without calling first. Wearing my nightgown and long bathrobe I deciding that it was better to be embarrassed by my sloth-like ways than to have a neighbor call the police for a wellness check. On a wellness check, the police will walk around your house, looking in the windows and hoping not to find the stench of death in the air. Wellness checks can also happen if have worried, out-of-town relatives or you’re a senior citizen who hasn’t collected your mail from the box after x-number of days and the carrier reports it which is the only reason I have for going to the mailbox these days when it’s mostly filled with political junk mail and letters from car dealers claiming they have people desperate to buy my 2015 Chevy Trax. Do they really think we're that stupid?

At my door was an elderly man who lives around the corner and down the block. I don’t know his name but Levi knows him as the guy who sits in front of his garage door in the late afternoon asking if your dog can have a milk bone. I made a lame excuse for my appearance---just stepping into the shower for an afternoon appointment---and he asked me if I was interested in commodities which I thought was a strange question. “Not really,” I answer, “I was just at the bank checking on my investments and I’m good.”

“No, no, not that kind of commodities, he said, “I mean food baskets. We’re having an event up at the church on the corner tomorrow.” Still confused, I replied, “Oh, you’re looking for donations. I can do that.” “No, no!” This conversation was getting weirder by the minute. “My wife and I were thinking that you’re living all alone and maybe you might need some assistance and it’s free to anyone one in need. We put up boxes of produce and other things to pass out, no questions asked.” I thanked him for thinking about me but told him that I have a good income and the kindness would be better served if it went to someone less fortune than me. I don't think he believed me and it took a long time to get him off my porch. After he left I thought, Jeez, I really do need to update my wardrobe! I must have that bag lady look down pat.

Change of topic: I don’t cook from scratch very often but Saturday I had the itch to make chili and raspberry scones. Chili, beef roasts, medium rare steaks, artisan bread, bread pudding and scones are my go-to things to make when I want to play Susie Homemaker and I can’t remember the last time I screwed up making any of these things…until Saturday. Worse pot of chili I’ve ever made in my life! How do you screw up making chili? you ask. By not checking the pantry before starting. I didn’t have red kidney beans so I used garbanzo beans. And I didn’t have a green pepper but the mixture looked so bland I decided to add a small can of corn for color.

I ate a bowl and froze the rest because the guilt of throwing out food is not an option in my world. If anyone has a suggestion for something else I can add to improve the favor profile of that batch of chili, I’m all ears. Maybe sour cream? Pasta? A can of the red beans? I’ve never been good at saving near-disasters in the kitchen other than to eat them up thus making the evidence disappear. I’ll tell you this, though, my Bucket List goal of making a white chili recipe that features garbanzo beans is crossed off. No way, Jose will that happen now. I bought that can of white beans back when I was planning to make hummus to expand my palate to include more plant-based snacks. But after trying a ready-made hummus I lost all interesting in wasting calories on something that tasted like cardboard…not that I’ve ever eaten cardboard but I've got a good imagination. Give me a spinach dip and I’ll eat it until the whites of my eyes turn green.

Speaking of plant-based treats makes me lust after the peaches, watermelon and blueberries my neighbor said would be in those commodities boxes. I buy a box of mixed fruit with every trip to the store and watermelon in season but the pandemic has me going to the store less often so sometimes I’m without fresh fruit in the house. And what’s even sadder is the fact that I haven’t been to the farmers market all summer. With our Pandemic Rules of Engagement in effect, it just doesn’t sound like a fun thing to do on a Saturday morning anymore. So I’ll keep my fond memories of the farmers market, thank you very much. Memories of no lines to get in and no pressure to get your stuff and go. Of leisurely molesting the melons and tomatoes and sampling the homemade breads and jams, of buying cookies to support a cause, of smelling caramel corn cooking and peanuts roasting and going home with homemade dog biscuits and flowers, blended butters and goat cheese along with farm fresh veggies and fruits. Those were the good old days of 2019 and before. I hope I live long enough to see them again. ©