Back from the Dark Side 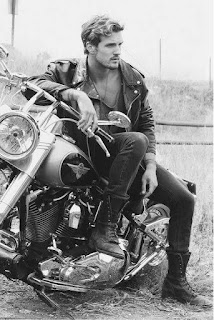 After weeks of dragging myself from one pity party to the next I've finally got my groove back. Accomplishing stuff does that to your mood and outlook…at least it works that way with me. And what have I done to lighten my mood? Finishing up the Great Money Disposal Project I wrote about in my last blog was one thing and having the-son-I-wish-I-had come to fulfill his end of our barter trade was another. That barter meant I now have freshly painted door trims outside and a promise to finish the project up next week.

As a bonus to the painting project we got into some long conversations like back in the good old days when we were neighbors and we hung out as couples…his wife is a sweetheart and Tim truly did look at my husband as a father figure. He told me there wasn’t a day that goes by that he doesn’t think of Don and all things Don taught him. When Tim left I said, “It's always great to be around someone who remembers Don. It’s fun to talk about him once in a while.” That's hard to do that with people who never met your spouse without them assuming you're still a grieving widow, lost in the past. And insider jokes about a departed spouses just don’t compute with newly acquired friends.

While the-son-I-wish-I-had was here I was lamenting about how conflicted I felt about having to send my favorite antique metal patio chair, footstool and side table off to the auction house. It needs spray painting every four-five years and I won’t be able to do that where I’m moving. So I planned on buying a cheap set that I can throw out when it starts looking bad. Tim is good friends with a guy who owns an auto body shop and he suggested I send my antique stuff to him to get it sandblasted and painted with auto paint which should last as long as I do. And it really won’t cost much more than buying a cheap set. I can’t tell you how happy that idea makes me. I just have to wait until I can see the outside treatment of the building before I decide what color I want my new/old patio furniture to be.

New Topic: My favorite people watching place to eat and write---the Guy Land Cafeteria----opened up this week. It had a kitchen fire just before the pandemic started last March so it couldn’t operator, even for curbside until the place was rebuilt. I heard flames were shooting through the roof, extensively damaging the place and for three months afterward, when our state was in total lock down, they weren’t allowed to do anything more than to secure it against the weather.

I love that place. It makes me understand why so many serious writers are fond of writing in coffee shops. As I sat there yesterday a guy in his mid-thirties caught my eye. He had a mask that was made of red, white and blue fabric that he’d push up high on his forehead, his sunglasses perched even higher up. I’ve never seen a mask worn that way and he got extra credit for creativity. It made him look a bad-ass biker and he was texting back and forth with someone who put a wide grin on his handsome face. He wasn’t wearing a wedding ring so I ruled out that he was texting a little princess or pirate at home with a wife. And like I imagine one of my favorite romance authors would do, I made him the central character in boy-meets-girl scene and he was making the lady parts on a girl across the aisle take notice.

When he stood up to leave---holy cow!---he grabbed a leather jacket off the bench seat on the other side of the table, making it clear he really was a biker. My heart be still, he was even wearing leather chaps over skin-tight jeans and you’d have to be a dead-Dora not to be impressed by his smoking hotness. In my imagination the woman sitting across the aisle was young but in reality she was my age and she, too, was enjoying the eye candy. As he pulled his mask down in place (a state rule for walking around inside a restaurant) the woman smiled up at him saying, “It’s a good day for a ride” and he replied, “Every day is a good day for a ride.”

In a novel you’d be prompted to read a double innuendo into the word ‘ride’ but in real-time the older woman kept right on talking and before the guy left she’d gotten him to show her a picture on his phone of his bike. The old hussy must have been a good flirt back in her day. In my wanna-be writer’s mind he would have then offered her a ride on the back of his Harley Davidson and she’d impulsively take him up on it the offer, pushing to the back of her mind that he could be a serial killer instead of panty-melting bad-boy. And I, as an observer in my fictionalized version thinking the same thing, would have snapped a photo of the couple in case she turned up dead. You can never tell if the writer sitting in public places is writing a romance, a murder mystery, a thriller or is just a bored blogger with a word count to fill. © 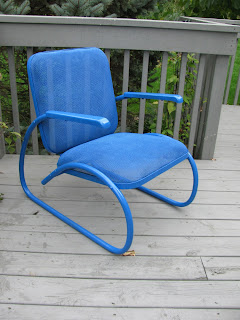