Changes in the Boring Lane of Life 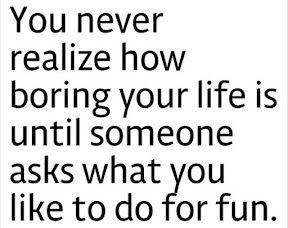 I hate minor changes that make major changes in how I’ve been doing things my entire adult life. “Say what?” you’re asking. “Just spit it out? And I will but mind you I feel the need to first state that I understand that in the vast pool of life problems what I’m talking about is a baby goose bump in the grand scheme of things to complain about, especially now when people are dealing with the danger of fires, hurricanes and floods and other truly life-changing events beyond their control. But I can’t write about anyone else’s life but my own. And even if I wanted to write about current events like the death of the notorious RBG and the impending election, what more could I say that hasn't already been said? Huge game changers, both of them.


I’m talking about is a tiny game changer---the city changing my trash pickup day from Mondays to Thursdays. It’s been Monday since I was young enough to still have brown hair and wore high heels and British Invasion style hats during my man dating days back in the ‘60s. (The '50s were my boy dating days, the '70s was my soulmate era of dating.) My Sundays have always started out with a ‘To-Do List’ that never changed: 1) Water the plants, 2) Empty all the waste baskets and gather up the trash, 3) Put the cart out to the street for Mondays’ early morning pick up, 4) Bring in the Sunday Press, and 5) Spread the paper on the floor and read it leisurely while sucking down a couple of cups of coffee. Actually, the 5th thing on list changed a few years ago. I can no longer get down on the floor to read---well, I could but I couldn’t get back up afterward---and more often than not in recent months the paper goes directly in the recycling box unread. Occasionally I use newspaper for packing e-Bay stuff but my e-Bay days will be coming to an end soon and after I move next year I’m going to say goodbye to the lost cause of trying to support the local newspaper.

I’ve always been a creature of habit and routine and it ticks me off that the trash company couldn’t have held out one more year before changing theirs. By then, I’ll be living in a place where I’ll just have to walk my trash down the hall any day or time I want and I could keep my Sunday ‘To Do List’ intact. It’s a good thing I have an atomic clock that tells the day of the week as well as the time and date. I’m going to be so ‘off kilter’ until I get used to having a Thursday trash day. Oh. My. God! I can’t believe how boring my life is that I’ve resorted to writing about my trash! If anyone is still reading this post, I’ll owe myself a quarter on a lost bid. I did have a mini exciting moment at the grocery story last week, though, when I needed to buy trash bags and I realized that it would be the very last box of 33 gallon cart liner bags I’ll ever have to buy.

Actually, I can write about another stupid little problem in my boring life. I pulled the front storm door closed yesterday and the door knob came off in my hand.  As I stared down at it, trying to make sense out what I was seeing, I mini-panicked thinking I couldn’t get out of the house without a doorknob. I looked all over for a hexagon shaped tool that is needed to get the level style knob to hold in place again. And wouldn't you know it I finally remembered that I sent my husband’s set of hexagon gauges and tools to the auction house earlier this year. If I still had them it would be an easy fix. I have not used those sets in the 19 years I've lived here and isn't that always the way---you get rid of something and that's when you discover a need for it. The door itself is a deluxe style still in great condition, being only five years old, and Crazy Glue comes to mind as a cheat-around to hold it in place. I’d hate doing that, but…

Speaking of moving, the continuum care campus had another event this month that they called ‘Mugs and Mugs.’ It was an outdoor happy hour where we could social distance and they served beer and root beer along with a lots of yummy finger foods. While that was going on a professional photographer took us one at a time to get our photos taken in front of the lake. At some point in time I’m guess the photos will appear on an ID badge but before that day comes they wanted permission to use our photos in promotional advertisements in various media ads. I didn’t give mine. I lived this long without my photo being tagged on the web, that's not going to start now.

For reasons I can’t put my finger on I didn’t connected with the other future residents as I’ve done at past events. I felt like I was on the fringe of most conversations, but not taking a meaningful part in any of them. Several said they were exciting and ready to move, others said they were terrified. Me? I have a foot in each camp---both excited and terrified. Change is hard, even minor stuff like moving trash pickup days and seeing all three floors framed in of my future building where I'll be living this time next year makes the next chapter of my life start feeling real. ©