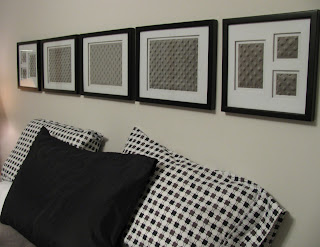 People who buy stuff off Facebook Marketplace are a hoot and a holler away from being your typical flea market shoppers. (That's not an insult, by the way, I used to love flea markets and have been on both sides of the goods bought and sold.) But few Facebook shoppers seem to care about being on time…only the ones over 60 know how to do it when they say they will pick up what you’re selling. When Marketplace shoppers say, for example, “I’ll be there at 5:30” what they really mean is “I punch out of work at 5:30” or “I’ll leave my house at 5:30.” One lady came almost two hours late. I thought she’d ghosted me. (Look at me, I’m using young people speak.) No phone text or message on Facebook came saying that she was running late. She just showed up with the lame excuse that she had to pick up her kids from school and then had to stop to get them some Chicken McNuggets because she didn’t have change to pay me for what she was going to buy. Okay, I thought, that doesn't take two hours…so what happened to the rest of the time? She bought $65 worth of dishes so I kept my Mad Hannah face hidden behind my mask and accepted her apology and cash graciously.

Another guy who was right on time at precisely 8:05 AM would have made me mad if I’d gotten up and dressed that early and he had shown up late but I knew that wouldn’t happen because he was dropping his kids off at a charter school a two minute ride away. I had a 12 foot tall tree trimmer for sale, a really old one that I quickly figured out wouldn’t sell right away (if at all) because the newer ones are made of aluminum while mine was made out of wood. When he sent the first messaging asking if it was still available he also wanted to know, “Is it really heavy?” to which I answered honestly that it was. “Okay,” he writes back, “I still want it.”

I liked the guy before he even got here. Yes, I stalked him on Facebook and found out he was a single dad and was getting high praises from all his friends for being such a good father of three wholesome looking kids. So I was pretty sure he wouldn’t use that wicked blade on the tree trimmer to hack me up. This, and I was bigger than him and could have taken him down in a pinch. When he got here, he picked up the trimmer, a big smile on his face. “Just as I thought,” he says, “I’m going to get a really good workout using this. I like to build my exercise into my chores so I don't have to waste time going to a gym.” People passed over that old heavy trimmer for several weeks but he saw its negative quality and turned it into positive. I wanted to hug him like the teddy bear that he was but, of course, I didn't. Instead I pressed the essence of his upbeat attitude into my Mental Scrapbook to savor later on.

Then there was the long-haired humorless guy, late teens or early twenties, who had no searchable data showing on his Facebook page. He was interested in a black and white print of a well-known tree in town. The print was older than him, the tree is older than me. The print was created by a long-gone local artist who still has an international following. I made a mistake in the listing price of $27 when I meant to price it at $72, but I didn’t have enough time to edit it because within two minutes of me listing it the guy messaged me for the pick up address and said he'd be over in fifteen minutes. He was on his way before I noticed my mistake.

He was good for his word on the time but not on the cash. He only brought a twenty dollar bill, claimed he didn't see the two. Kids today don't carry cash like my generation. He offered the full amount with his phone app---that's the way young people do Marketplace, they transfer funds from their account to the seller's account---but I don't trust my dyslexia moments enough to have PayPal on my phone. I didn’t think he was trying to pull that old flea marketer’s trick of claiming to be a few bucks short on cash, hoping the seller would say, “That’s okay, take it.” Never the less, that’s exactly what I did say because I doubt I paid more than ten bucks for that print back when I was his age. He studied that piece of art like an appraiser working for Christies Auction House. While he was doing that I asked him if he was an artist---he looked the part and knew enough to look for "half moons" in the paper, gave it the smell test for mold and other things that he didn't find. “No, I'm just building myself a collection of nice, original art.” It crossed my mind that maybe he was a shill buyer for someone with an art gallery who knew that in the right, international art auction they could turn it over for $250 to $300 but I’d rather believe he was just a kid with similar tastes in art to mine and that he’ll always remember me as that elderly woman who sold him The Old Gnarly Tree at a killer price.

That same day I listed the frames in the photo up above on Facebook. (Those were in was my bedroom before I redid it with a cottage, seaside theme.) Within an hour five people asked if they were available and I replied to them all with the same "Yes, they are" but only one answered back. I don’t get why people ask if something is still available one minute and five minutes later they act like you gave them the wrong answer and they don't say boo after that. That fifth lady who did reply made an appointment for 6:00 PM but 6:00 came and went and she didn’t show up. I've had other marketplace people show up really late or call to reschedule but she was my first no-show. But I didn't take it personally. Life happens to us all. It's just frustrating and if you want to sell on Facebook Marketplace you'll need patience and flexibility.

The next day I was off to Goodwill and recycling. If the back end of my Trax hadn't been full those frames might have gone with me. Something tells me they're going to be a lot of trouble for the lousy twenty bucks I'm asking. As I waited my turn in the drop off lane, I was flabbergasted by the way the lady in front of me dumped her totes upside down in Goodwill's rolling cart. Clothes, games, household decor, appliances, etc., all tumbling out, mixed together with no rhyme or reason. She didn't even tape a jig saw puzzle box closed and, of course, it spilled all over the place. My stuff was in labeled boxes and anything inside of the boxes that belonged together, like a stapler and boxes of staples, were sealed together in zip-lock bags. I also label anything that isn't easily recognizable like an adaptive device to help one-handed pool players. Like I've said before, downsizing is like living your life in reverse. I couldn't just throw out that little thing when it could help some disabled guy (like my husband was) to get back into billiards again. But seeing the cue holder again sure brought back a bunch of buried memories. © 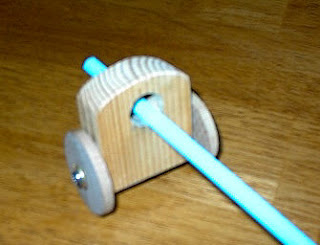