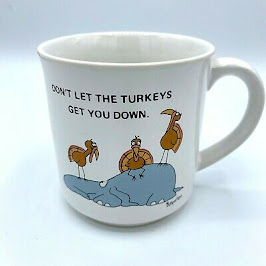 “Writing is a socially acceptable form of getting naked in public.” I love that quote because that’s often the way I feel when I reveal my willy-nilly thoughts in my blog and I’ve used that quote by Paulo Coelho several times before. But until today I had no idea who Paulo is other than I suspected he isn’t an American because no one here goes around calling themselves “Paulo.” Now that I’ve googled the guy I’m embarrassed to reveal my ignorance because I should have recognized him, if for no other reason than his first book, The Alchemist, is on a list of the '100 Books Everyone Should Read.' That list was compiled in the last century and I’d read 50+ of the titles but I just found out that I’ve only read 45 on the list compiled in this century. The Alchemist is on both lists but books like Gone With the Wind and The Tale of Two Cities have apparently lost their relevance and books like The Kite Runner and The Handmaids Tale have been added which just goes to prove I can never live long enough to read the 100 Best Books because they keep moving the target.
Another reason I should have recognized Paulo Coelho is because some of his words have been immortalized on those great keepers of wisdom: coffee cups. Words like: “You are what you believe yourself to be” and “Life is short. Kiss slowly, laugh insanely, love truly and forgive quickly” mean ever so much more when they come with a nice cup of hot coffee. My husband was obsessed with both coffee and coffee cup philosophy. In the house he had before we got married three quarters of his kitchen cabinets were literally devoted to his coffee cups---over a hundred if my memory isn’t playing Pinocchio on me. His ritual of picking out a cup reflected his mood and was not just a grab-one-and-go affair. When he’d picked the one that proclaimed “Don’t let the Turkeys Get you Down” I knew he was in a gloomy mood. He was treated for depression for over a decade so that cup got a lot of use.
When we moved in together I wasn’t willing to devote three quarters of the kitchen cabinets to his collection so I boxed most to them up with a promise to rotate them up from the basement from time to time, a promise I never kept nor intended to do. Wives are wicked that way. What would you have done if the man in your life refused to pare down a collection like that to a number that would fit into the  normal, allotted cabinet space? Ya, you’d lie, too. I know you would. Or maybe you’d have risked a war of words, hurt feelings and resentments by getting rid of them when he wasn’t looking?
Don had cups he’d never let company drink from but if he served you coffee in cup with a Snoopy quote you knew you were more than just a friend-friend. Only good friends got the Snoopy cups. Snoopy was up beat and whimsical. “Keep looking up. That’s the secret of life” being one of his favorites. Even then his choice of cups were mini subliminal messages especially chosen for what ever was going on at the time.
When I downsized to move here I didn’t keep a single one of Don’s message coffee cups but I bought a new one of my own and I kept one political cup---an Obama cup that shows his birth certificate. I had a hard time selling all the presidential campaign cups on eBay because I liked them---part my collection as well as Don's. We had them back as far as JFK. And sometimes I regret having sent the “turkeys” cup to Goodwill. It’s not like I need that object to conjure up the memory of Don sitting at his roll top desk with that coffee cup in his hand. But objects once special to deceased loved ones are like jigsaw puzzle pieces found on the floor long after we’ve boxed up the puzzles and passed them on. They give us brief memories, knowing where they came from, but we know those pictures can never be whole again. Not for us. Not for anyone.
I’ve been trying to figure out when and in what context Paulo Coelho wrote the words about writing being a socially accepted way to get naked in public but all I found out is that a ton of bloggers like me love to use the quote and that good old Paulo has a Twitter account. I love books that contain snippets of authors' words on writing written with aspiring writers in mind. I thought the quote might have been in a book like that.
Very few of those kind of books leave out Stephen King's quote about “If you want to be a writer, you must do two things above all others: read a lot and write a lot.” While looking for Paulo I got hung up on a King quote about claiming your identity as a writer. He asks, “Do you need someone to make you a paper badge with the word WRITER on it before you can believe you are one? God, I hope not.” Ohmygod! This is SO me! I never say I’m a writer. Never. I will say I’m an aspiring writer or a wanna-be writer but there’s always an adjective firmly in place. I write every day and according to the Great Stephen King that’s all a person needs to do to own the title. So I'm asking: would someone like to make me a badge? I'm thinking of wearing one each time I sit in front of my computer because, ya, I'm going to try to kick the adjective habit. ©