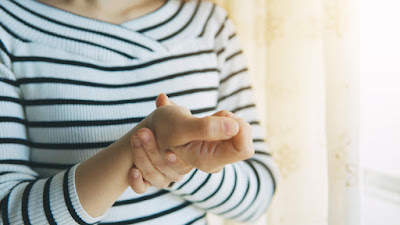 I writing this post on the eve of my surgery (9/7) because I have this bug up my butt about not missing a blogger’s beat. For the past nearly twenty years I have posted twice a week…more often in the early years when I had more stress in my life. Tonight I looked at my scheduler and realized that I was one post short of my goal of having extra posts to cover the time when one-handed typing would be required. That’s not entirely true; I had scheduled a rerun of an older post for the seventeenth---one of my favorites--but I decided at the eleventh hour not to use it for the simple fact that when I go to someone else’s blog and see an “oldie but goldie” or a “classic” or however a person wants to present it, I usually skip reading it. But that’s just me. I don't like decades old movies and TV shows either and other people living here in the continuum care complex thrive on them. But I do understand that sometimes life gets in the way and finding time and muse to type a post isn’t always practical or high on everyone's To-Do List. However I'm a numbers glutton who doesn't want the internet bots to send my blog to the bottom of the index just below searches for Jimmy Hoffa and that can happen if you don't post on a regular basis. Don't judge me; you guys are my only confidantes and I'd miss you too much if I skipped posting.

Remember Ms. Social Worker? She fell in an exercise class and over the next week she fell five more times. She was taken to ER by ambulance three of those times and once I went to an Urgent Care with her. Apparently, whenever a person over 65 calls 911 about a fall they automatically take us to ER to check our heads, hearts and whatever else they think can go wrong between the ages of 64 and 65. The last time they finally kept her there to do a thorough work up. As of this writing she'd not back home yet. But I don’t need a battery of tests to know what is causing her falls although I doubt she’ll fess up to the reason my Nancy Drew Mystery honed instincts and her kids are pointing the finger at. She takes an opioid based pain medication that her doctor prescribes for face pain she’s had for a couple of years...due to a root canal. Say what? you're thinking. Me too.

Just before her last fall she was down to lunch, acting really good but complaining about her kids objecting to that drug, “I like taking it,” she said, “and it’s none of their business!” When she left she said she was going upstairs to take her pain pill and three hours later she was on the floor screaming for someone to help her. And this next line was edited in in real time 9/16: Her kids took the hospitalization as an opportunity to jump on the doctor and the controlled substance drug is history. Her daughter is flying in to babysit her for some follow up medical appointments next week.

It seems like over night we have enough people living here who are on the edge of a medical emergency that we could almost make up bingo cards with their names. And when the ambulance---that seems to average two pick ups a week---carts someone off we could put a bingo chip on his or her name. Gallows humor I’d guess you’d call that idea and there's a fair amount of that around here. The opposite is also true---lots of Mary Poppins types doing nice things for each other. A man who was dying and under Hospice care finally passed over and there is an abundance of compassion and loving gestures flowing toward his newly minted widow. Even before he passed people dropped off food and treats and offered to sit with the guy so his wife could go for a walk or get a haircut.

Another woman who lived here just a week or two before getting her leg amputated was/still is the recipient of an outreach Circle of Grace, with people going out of their way to make her feel welcome, included and looked after. Except for me, I stay away from her because Ms. Social Worker told me I'd better watch that mole biopsy site on my ankle that won't heal because that's the way the amputee lost her foot and I really don't want to learn first hand if this is true. I doubt anyone at a lunch table would ask, "How did you lose your foot?" but I'm taking any chances.

Even me with my minor hand surgeries had the Cheerleader asked what I needed for support because she’d be glad to create a Circle of Grace sign up sheet to do whatever I might need. I told her I didn’t think I’d need anything except maybe my food cut up at dinner for a day or two but I figured the chef could to do that before I get served. But it’s comforting to know if I ever have something more serious come up that there are willing hands nearby which is one of the reasons I choose to live in a CCC.