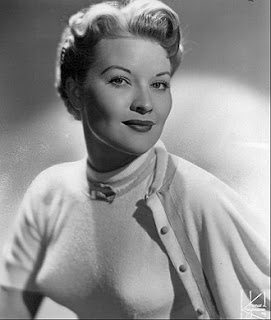 Writing by orders or dictate has never been my thing. I can’t for example dash off a poem to stand up and read at our first anniversary of the continuum care place where I live. Ya, I was asked to do that at a party being planned by the Resident Council. Have I mentioned lately how glad I am that I didn’t agree to be part of that group? I was also asked to help with floral arrangements for all the tables and I used my hand surgeries for an excuse---as if I needed one beyond, “No.” Why is saying ‘no’ to someone so hard to do? The guy in charge of planning the party is an old florist like I was but he’s barely mobile. He’s appointed himself to decorate the lobby for the seasons and holidays and anyone who helps him ends up doing the leg work, hauling stuff up from his storage unit. I’m still mobile enough to do it but I’m either a selfish person who doesn’t see the point of doing for free what the management of the place should and would have paid a service to do before Mr. Florist got involved or I prefer my low key persona where I watch the action rather than be the action.

Guys like him, I’m guessing, have their self-worth more closely tied to their past professions than most women in my generation. We measure ourselves on different scales at different points in our lives. At least I do. I measure myself in terms of emotional grow and life experiences rather than what I did to put food on the table. He says he still loves making floral arrangement because they make women happy. Being a woman I get that. But being a floral designer is just something I used to do, it’s not who I am anymore or who I want to be. I suppose if I’d had an esteemed career I might feel differently and I’d want to flaunt it. But---surprise, surprise---we’ve had an astrophysicist on campus from the beginning and I couldn’t have picked him out in a lineup until this week. He squirrels himself away in his apartment writing a book about astrophysics which disappointed me; I’d hope our not-so-mythical author who was rumored to be pounding away on his computer was a fiction writer and he’d want to share his passion for writing in my creative writing group. Nope. He’s a serious man on a serious mission and more power to him. He could give lessons on saying ‘no.’ When he told me what the book was about I said, "I'm guessing that means you don't want to join our creative writing group?" He laughed and just shook his head.

The anniversary party does sound fun, though, if they can work out the differences of opinion on whether or not it should be a fancy-dress up event---kind of like a prom for old people---or if ordinary go-to-church-on-Sunday clothing will do. The latter seems to be winning at the moment but The Council will let us know before October fifth. Then I can decide if it’s worth getting a cobalt blue silk blouse/maxie shirt I’ve had since the ‘70s dry cleaned or not. I’ve adored that shirt for decades, but I’ve never wanted to wear it where I might spill something on it. But I’m eighty-freaky-years old! What am I saving it for? Jewel tone colors are my friends. I could live in royal blue, magenta purple, jade green and ruby red. Throw in a lot of black and white and I just might redo my wardrobe to reflect what I always wanted to be: Queen of the color wheel.

There are three women here who hang out together and usually wear black and white and when they enter a room one is in the front with the two others fanned out behind in a V-shape like superheros on a comic book cover and I’ve taken to calling them The Force. If you've seen the movie, Queen Bees you’ll be able to picture the women who always draw attention where ever they go. And I have no idea why I’m putting them in this paragraph other than to say I think The Force ruined my go-to black and white outfit for when I want to look nice.

One day, I promise, I’ll quit talking about updating my wardrobe and actually do it. I did buy two cashmere turtleneck sweaters from L.L.Bean---one black, the other one gray---and a ruby colored, Jessica London vest plus a gray cardigan crew sweater from Land's End  that I'll end up buying in multi-colors if I don’t keep my credit card tucked safely out of reach. Can you tell I got cold on a day when I had too much time on my hands? That cardigan sweater makes me feel like Patti Page without the traffic cone breasts that women seemed to grow back in the ‘50s. Someday I am going to drag everything out of my closet and only put back what I truly love and when the day comes I’ll blog about it. Before I die I’d love to have a wardrobe that looks planned rather than bought willy-nilly. Ya, I know I've recycling that dream over and over and over in my head to the point it feels so real I don't actually have to act on it. Don't tell anyone but that's my super power---day dreaming. Always has been, always will be. ©