What Happens in Creative Writing Group Stays in CWG 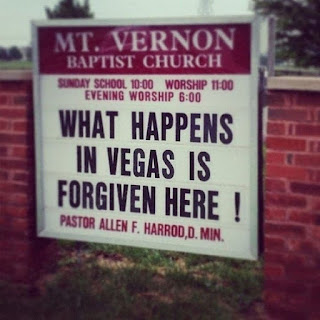 There are three residents out of the fifty-five who live on this continuum care complex that I generally avoid. Two of them joined the creative writing group I started. Our first meeting was the afternoon of my surgery and when my niece and I were on the way to the surgical center we were talking about my expectations and fears about who would show up. I already knew a conspiracy theorist/Trump fan was interested and I wasn’t too happy about that. My niece is a retired educator married to a retired educator and the mother of a talented daughter who writes and teaches high school honors English and writing classes. Cindy (my niece) said something to the effect that we can learn something from everyone, even the people we disagree with and so I challenged myself to work on honing my patience and reining in my quick-to-judge character flaw with him and a woman who talks non-stop about everything but the topic others are discussing at the moment. I started by nicknaming him Mr. DNR instead of defining him by his political opinions. He retired from a high up job in our state's department of natural resources and he's a walking encyclopedic of knowledge on all things water, animals, fish and vegetation related.

In our mission statement it says the purpose of our group is to support each other’s writing goals and Chatty Cathy writes religious songs that her former church choir used to sing. Color me impressed! That’s an experience that is so far out of my comfort zone it isn’t funny but I did go through a short period when I wanted to write country western songs. How hard could it be, eh? Pretty damn hard for someone who can’t sing and who left my guitar lessons back in 1954. Chatty Cathy told us repeatedly that she doesn’t write the songs, God does and she just copies them down. So with an abundance of curiosity I’m looking forward to having a Celebrity Ghost at our table next time, and as a bonus I won’t be the only person after Labor day wearing sandals since I'll probably still have trouble tying my tennis shoes.

She also said her son writes but when she tried to read one of his books he had a passage in it about a couple playing tennis naked and she quit reading it after that. We have a line in our mission statement that reads: We agree that what others may share in their writings stays in the Creative Writing Group. Look at me! Already I'm breaking a rule I personally wrote. I’m giving myself a pass here, though, because she didn’t write about the tennis game so I'm saved by a technicality. I've read so many naked scenes in romance books I can't imagine being shocked by one. I am SO over my head with this writing group I started. And you may have to keep reminding me it's not a group formed to judge content---like in a book club---but rather to help each other with process of writing it. To be fair, I suppose devoutly religious mothers don't want to think of their adult sons as knowing anything about sex beyond the missionary position to beget those grandchildren.

To prepare for this writing group I reread Stephen Kings’ non-fiction book titled On Writing. We were all told to bring a piece of written by someone we admire to our first meeting to out loud and I picked a passage from that book about how "writing isn’t a popularity contest, it’s not the moral Olympics, and it’s not church. It’s writing damn it, not washing a car or putting on eyeliner...” I didn’t know I’d be reading it out loud to someone who professes to being the writing instrument of God. At our next meeting when we start reading out loud things we’ve actually written, I’m keeping that passage handy because I am vowing to myself and anyone else who cares that I will not to edit my stuff to suit someone who’d quit reading a book by her own son because a character did something immoral in her eyes. My first reading will have some dialogue with four swear words so I’m not sure how that will go over with God at our table, but it’s my writing group. My idea. My jumping through the hoops to get it on our schedule. Somehow I think God---if there is one---is broader minded than to be offended by a few four letter words when the world is full of bigger fish to fry in the departments of sinning and evil doings.

In addition to these two in the group we have a retired high school teacher who taught English and writing who wants to work on a memoir and a graphic artist who wants to learn poetry writing like I do and a woman who I've admired since the '60s when she wrote a Sunday column for the local newspaper. She's the pastor here and I've written about Ms. Angel before. We hit it the first few times we met on campus including on the bus ride to the Van Gogh exhibit. Then yesterday we talked non-stop for an hour at coffee---just the two of us. We talked God and religion and spirituality like I've never talked with anyone but my niece until now. Want to take bets on whether or not that in a year from now I'm still calling myself an agnostic?

Speaking of my niece: With schools beginning so starts the annual book banners who show up for school board meetings and my niece is planning to be at one to object to the pulling of a book from the eighth grade curriculum, The House on Mango Street by Sandra Crisneros, from what I understand is a coming of age book about an immigrant girl. My niece wrote an open letter to the town newspaper on the subject of book banning to rally attendance at the board meeting so she spent her time re-reading the book in question while she had to wait for me to wake up after my surgery. Apparently this book has been frequently challenged by book banners since it was published and critically acclaimed in 1983 for portraying a Latina girl growing up with domestic violence and racism and learning to reinvent herself to who she would become. Have the book banners read the Bible? I ask rhetorically. It’s been decades since I listened to the booming voice of Charlton Heston reading the Bible to me in my bedroom during my 'searching era' but I recall there being a lot of the same elements in it that book that the book banners get their panties in a wad over their high school kids reading about.

All is going well with my hand surgery except I torn one of my stitches out and it has a tiny infection in it. I’m hoping to get the other hand done in mid October. So, Cindy, if you’re reading this find another good book to fill up three-four hours while you wait.

Other than that I have three neighbors here who are trying to make me feel like a wimp because they got carpal tunnel surgeries done on both hands at once and/or just got a block in their arms when I was put fully under. The doctor didn't give me a choice. I don't know if having my thumb done at the same makes a huge difference or not but I can't image having both hands not at full function at the same time. I keep pointing out to the I'm-braver-than-you-crowd that they still have husbands to do their bidding and one of the guys mouthed in the background that he waited on his wife hand and foot.