Is the World Still in One Piece? 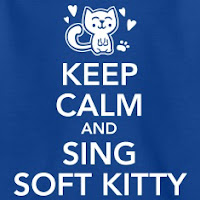 Wild fires out West, flooding in West Virginia, Great Britain voting to pull out of the European Union, stock markets plummeting world-wide and suicide bombers in a busy international airport. Sometimes I feel guilty writing about my silly life when so many serious things are happening around the globe. But other than show sympathy or shock or sadness what can the average person do to help those suffering in different geographical areas? Not much. The stock market volatility, however, that’s a different kettle of crap---I mean fish. I haven’t even dared to look at how it might have affected me personally nor have I responded to my financial institution’s ominous e-mail telling me, “We are here to help.” Thank you, but I’d rather stick my fingers in my ears, close my eyes and sing, “Soft kitty, warm kitty, little ball of fur; happy kitty, sleepy kitty, purr, purr, purr."  Hey, it works for Dr. Sheldon Cooper on The Big Bang Theory, why not me.

On a personal level---of which I am an expert and fully qualified to comment on and critique---I got some great news this week from my orthopedic doctor. The results of my bone density scans show that I’ve lowered my risk factor for a major osteoporotic fracture down from last year’s 20% to this year’s 15%. The Reclast infusion did its job---far better than the daily Forteo shots did after two years of use which only lowered the risk factor by 1.3%. Now I’m glad I followed the rule about having no caffeine for the two weeks after the infusion was given. Boy, did I miss my Starbucks fixes. Getting all your calcium and vitamin D3 in during those two weeks is crazy important as well. It’s in the first two weeks when the Reclast does 95% of its work and it needs that stuff to maximize the treatment.

I wish I had asked the doctor a question about the possibility that three more infusions could lower my risk factor to zero. Wouldn’t that be nice!  Four broken bones without a car or hang gliding accident to explain them is enough for one life time, thank you very much. As Sheldon Cooper says, “A fear of heights is illogical. A fear of falling, on the other hand, is prudent and evolutionary.” I do fear falling so I don’t roller skate or snow ski. Nor do I ride bikes, horses or elephants although it would spice up my autobiography if I did that latter. In my younger years, however, I’ve done all of the rest. Nope, I’m a dull old woman who is an obsessed fan of The Big Bang Theory---both the TV show and the scientific theory on how the universe began. And if you bought into the idea that I’d still be doing all those things with wheels or four legs if only I didn’t have bad bones then I’ve got a mountain top monastery to sell you. I have no desire to do activities that routinely come with bloody bruises and Band-Aids but now that I think about, that mountain monastery sounds pretty good so I’m retracting that real estate listing in case my imagination needs to go on a retreat. Do you know what Sheldon Cooper’s most popular phrase is? “I am not crazy; my mother had me tested.” My Mom never had me tested but I’ll bet she wanted to a few times.

Speaking of the importance that two weeks can make. (Yes, I was doing that two paragraphs ago in case you’re memory isn’t what it used to be.) The dog is back on solid foods again after his $527.14 dental surgery. He had to have the gums on two teeth cut back to below the roots so a treatment for puss pockets could be done and then the gums were sewn back in place. He had so many teeth pulled last year that we need to save these two, if possible. In the canine world they are the ones the Tooth Fairy pays top money to acquire. Levi hated the canned mush he had to eat until his two week follow up appointment cleared him for dry kibble again and he lost 1.4 pounds over that time frame. That’s a lot for a dog who only weighed thirty to begin with. I really should try to schedule his yearly dental work and my next, yearly Reclast infusion for the same day. That way, my two weeks without caffeine and his two weeks of getting force fed disgusting stuff would fall at the same time. No point in being miserable alone when we can do it together.

I watch the nightly news, see people’s houses float down a swollen river and entire neighborhoods go up in flames, know others are watching the stock market volatility suck money out of their retirement accounts while dozen lie dead in an airport and sometimes it seems surreal that my life goes on as usual. “As usual” this week involves going on an out-of-state day trip to Amish country near Shipshewana, Indiana to something billed as a Quilt Gardens and Mural Tour. But I’ll save that story for the weekend, assuming the world will still be in one piece by then. © 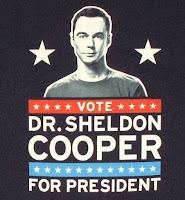