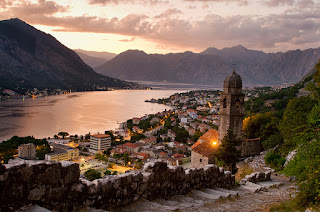 April has finally arrived and I saw my first robin of 2017. Spring is supposed to be here but I heard “snow” and “get out your ice scrapers” on the weather forecast and I quickly turned off the television. With April comes a fifteen day stretch tinged with sadness and melancholy thoughts---Don’s and my anniversary, our birthdays, my mom’s sadiversary and my parents’ anniversary. Will I ever get to a point where they aren’t Red Letter days on my calendar? Maybe. Maybe they’re starting to fade into Pink Letter days? This year my great-great niece’s birthday party has been added into the mix. She’ll be two and that will help in the Department of Things to Look Forward to. And my youngest niece invited me to go see the butterfly exhibit with her and her 2 1/2 year old grandson. Life goes on. Out with the old, in with the new little lives filled with hope and promise.

The son-I-wish-I-had stopped by this week to fix my roof that I thought had lost shingles during a recent wind storm but we got lucky and they didn’t blow away entirely. They just came loose at the bottom and flipped over backward. All he had to do was flip them back and tar them into place. My roof is fourteen years old and it’s not going to last more than a year or two before I’ll need a new one. So it begins, the process of educating myself about shingles and roofing contractors. Two of my neighbors got new roofs since the wind storm. One crew took a whole week to do the job and the other company had a huge crew of non-English speaking guys who got the job done in one day. It’s scary to shop for a job that expensive! And poor Levi---I’ll probably have to put him in a kennel to save his sanity when all that hammering starts. It was bad enough when the noise was coming from the neighbors.

I got a call last night from my nephew’s wife who started out by saying, “I’m putting you on speaker phone.” That’s the first time that’s happened so I asked, “What’s going on?” To make a long story short my great-nephew and his wife are having a baby boy this summer and I was the first person they called with the conformation of the sex, I’m guessing that’s because I was probably the only person in the family expressing out loud how much I wanted them to have a boy to carry on the family name. Otherwise, our family name would die out with my great-nephew. I’m not supposed to tell anyone about the sex until the mother-to-be announces it on Facebook, but since no one reading this knows me off-line I can trust you all not to rent a skywriter to announce my news. Correction: my oldest niece does occasionally read my blog but on the off chance she stops by before the big reveal, she’s a good secret keeper. Judging by this paragraph, apparently, I’m not.

Yesterday I went to a travelogue about Croatia, Slovenia and Montenegro. It was presented by a guy who worked as a singer on a cruise ship by night and while in ports he was free to see all the same things on land that the tourists on board got to see. The guy did a presentation last year about Italy and I fell in love with his “travel style” of working his way around the globe but I knew very little about the part of the world he covered this time. He said those three countries are the second fastest growing tourist designation in the world, with China being in the first place slot. Montenegro (which is the size of Connecticut) he claims is the most beautiful place he’s ever seen with its mountains, crystal clear glacial lakes and medieval villages. It resides across the Adriatic Sea almost in line with "the heel of Italy’s boot” in case you’re trying to place the country. All his photos were great but the walled coastal city of Kotor was totally enchanting in a storybook kind of way. The entire town is listed as a World Heritage Site, which is a big deal and puts it on a par with our Mesa Verde National Park in terms of cultural significance. It, too, has earned that WHS United Nations designation. I doubt I’ll travel again, but these travelogues are interesting, free and I get to see friendly, upbeat people. What’s not to like about that?

I just finished reading The Light Between Oceans which centered on an Australian lighthouse keeper and his wife who desperately wanted a baby and who was recovering from her third miscarriage when an infant and a dead man washes up on shore in a rowboat. The husband wants to report it but the wife talks him into burying the body and passing the baby off as their own. Four years later it all unravels into a storyline that was turned into a major motion picture. Near the end of her life she’s still plagued with the guilt over what they did and she asks her husband how he was able move past the guilt after the baby was returned to its rightful family. “To have any kind of a future you’ve got to give up hope of ever changing your past,” he replied. My past is not filled with guilt but as a widow those words struck a chord. Why can’t sage and quotable advice like that rolled off my tongue? ©

PHOTO: Kotor, Montenegro at night.
Posted by Misadventures of Widowhood at 9:24 AM