Where Do I Go From Here? 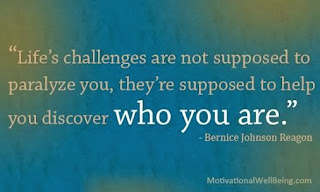 But for a widow like me who has a predisposition toward melancholia during the month of April, hearing “...it’s you and me, that’s all there’ll ever be” so near my husband’s birthday was a queue to turn me into Sarah Sadness. This is all there’ll ever be. Yup, my time has passed. There’s no do-over to make me feel loved and needed again, no lost love out there to rekindle. That’s not exactly true. I had several serious romances before I met my husband but---jeez, I’ve evolved since my twenties and I can’t imagine in my wildest dreams ever being attracted to same people I was back then. And that, dear readers, is why movie plots like that in The Wedding March brings out the cynic in me. Thomas Wolfe got it right when he wrote, “You can’t go home again.” Did you know that title, that phrase was suggested to Wolfe by the widow of another writer? Ah, yes, another bit of useless trivia to clutter up our brains.

Since Mr. Wolfe used that iconic title it's become a metaphor or shorthand for stating that once we’ve moved forward into the more sophisticated world of adulthood with all its ups and downs, heartaches and headaches, joys and disappointments any attempt to relive our youthful memories will always fall flat and fail. Nothing ever stays the same and we all have to acknowledge that with a blending of sentimentality and longing or loathing---depending on what the world has brought into our lives or we left behind before our coming of age.

In Wolfe’s book is a passage that speaks to me as strong-but-aging woman and widow: “The human mind is a fearful instrument of adaptation, and in nothing is this more clearly shown than in its mysterious powers of resilience, self-protection, and self-healing. Unless an event completely shatters the order of one's life, the mind, if it has youth and health and time enough, accepts the inevitable and gets itself ready for the next happening like a grimly dutiful American tourist who, on arriving at a new town, looks around him, takes his bearings, and says, ‘Well, where do I go from here?’”

Not freezing up is the secret, isn’t it. Even if we have missteps after losing a spouse like me spending a year volunteering at small town museum only to learn it wasn’t a good fit for me. Even if I spent an entire summer looking at condos only to learn I’m not ready to pluck myself up from the known and plop myself down into the unknown. Even if I’m in a perpetual state of unrest. I may not know where I’m going but I’m moving forward, didn’t freeze up. I try a little of this, a little of that and I take away a better understanding of myself and the world around me. And sometimes in my search I leave behind a trail of crumbs in the dust in case I want to back-track to something that intrigues me more than another…like my copy of You Can’t Go Home Again. This is the fifth time I’ve written about Wolfe’s can’t-go-home adage in the five years I’ve been keeping this widow’s blog. This is the fifth April since I met Don in 1970 that we don’t get to celebrate our birthdays together. I don’t know what all this means in the grand scheme of things but if the past can be used to predict the future it’s a safe bet that I’ll be quoting Thomas again same time, next year.  ©
Posted by Misadventures of Widowhood at 12:30 AM