From Dogs and being Ticked Off to Laughter and Fun 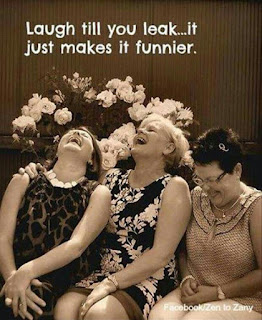 As I sit here writing Levi my Mighty Schnauzer is barking his lung out at the three giant puppies across the street as the fly back and forth along their fence line, two on one side and one on the other. The single dog is needier than the other two and she tries her darnedest to dig under that fence. Come warm weather when the dirt has thawed I suspect his daddy will be out there putting cinder blocks along the lot line that separates the two yards.

They must have put a new rule in place in my neighborhood because it seems like everyone around me is getting big ass dogs. A new dog behind me has figured out how to get past its electric fence and he makes a beeline to my house to mark the shrub that Levi claims as his personal potty. I see his tracks in the snow and I know instantly that Levi will be spending the next five minute emptying out his bladder on that poor shrub. Take that! Levi must be thinking as he works his way around our mammoth Yew, I’m still top dog around here! And another guy who lives two doors down just got a new dog, a big breed of questionable parentage. He had another, very well trained dog who died two years ago of old age. He spent a lot of time with her and you could tell he loved that blonde collie as much as he did his two toddlers. He played with her and walked her like clockwork and she was so affectionate and obedient. I was jealous.

I’ve finally got off the Susan Stoker book reading marathon I was on. I read eleven all total but I got major turned off by the last two and won’t be buying any more of her books. Those two included Fifty Shades of Grey kind of submission and domination stuff between the main characters and if there’s anything I can’t stand in books marketed as Romance it’s the attempt to normalize stuff that I first learned about by reading the Encyclopedia of Human Behavior…under the heading of “sexual deviations.” Call me old fashion, I can take it. But I will never understand how an author of romances would think a woman who’d been kidnapped by a serial killer, tied up, tortured and had her eyes taped open so she had to watch another girl get the same treatment would then be all hunky-Dorie when a man who supposedly loves her ties her up and orders her around. He gave her a whole two weeks to recuperate after her rescue. What a sweetheart! Ya, I caught the explanation that she was proving that she trusts him completing. Fine, if he needs to feel trusted trust him to pick up milk on his way home from work. Trust him to put his dirty socks in the clothes hammer. Trust him to not drink OJ straight from the bottle. But don’t trust him in the bedroom with anything that can be found in a sadist, serial killer’s tool box. Okay, enough of the kinky talk. Rant off. Well, almost. Can you tell this topic ticks me off? At least this past Valentine’s Day I didn’t see any S&M kits being advertised on TV like they did back when Fifty Shades of Grey books and movies were so popular. Lowering the acceptance threshold in the general population on the line between ‘normal’ and ‘deviate’ is not a good thing in my high-and-might opinion. So there Susan!

New Topic: This week five of my Gathering Girls pals met at the Guy Land Cafeteria for a 2 ½ hour brunch and we laughed so much at one point my belly ached and I didn’t think it would ever be normal again. I had tears in my eyes and I couldn’t talk to explain what it was that I found so funny. It was silly, really. Another woman at the table said she got new hearing aids but she "still couldn’t hear words.” That is SO me! I could hear the cook thirty feet away cracking eggs. I could hear car doors slamming outside but key words in sentences said across the table often get lost in the background noises. And half the time we talk in It-Takes-a-Village mode where it takes all of us making guesses to fill in the blanks of what others can’t remember. “It’s that place south of Applebee’s on the other side of the road.” “Do you mean near the apple orchard?  “Yes!” “That the heck is the name of that place?” “I love their gift shop.” “They have great walnut cranberry salads.” “For crying out loud! Why can’t we remember the name of that place?”

That day at lunch we talked about a wide range of topic from the soups our mothers made to who had the cell phone with the biggest keyboard to wills, trusts and buses without seat belts. Someone always says something outrageous when conversations get too serious that has us all laughing. We tease each other and cause people at near-by tables to lean in to eavesdrop. Strangers sometimes walk by and make comments like, “You ladies need to loosen up” or “you guys are having way too much fun.” And sometimes my gal pals affectionately grumble about how their kids lord over them in a role reversal way and I tell them they are lucky they have kids to watch over them. I mean it and so do they when they agree. God, I love these ladies! ©
Posted by Misadventures of Widowhood at 12:30 AM