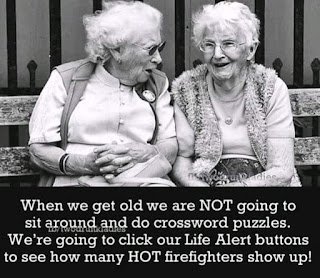 It was already a beautiful day in the neighborhood with the bright sun making the newly fallen snow sparkle like an explosion in a glitter factory when I opened my email and found an invitation waiting for me. I jumped right on it with my RSVP since it said space was limited. With any luck weather-wise, in March I’ll be going to a fancy-schmancy country club for lunch and a presentation titled “Organizing and Preparing for the Move.” The Continuing Care Campus where I’ll be moving early next year sure knows how to keep our interest peaked. I got to pick between two dates which means I won’t be seeing all my future neighbors but I’m hoping they’ll be a few faces I’ll recognize from past events. Either way I love being around the sales coordinators. They get me, my sense of humor and silly side. Or, maybe they are just pretending they get me because they’re good at their jobs? Nah, they might be able to fake-smile at all the right places but they can’t fake the twinkling eyes that go with those smiles.

This email came on the heels of an open house I went to this week at the CCC where they had all the interior package choices spread around the sales building for us to see and get samples of to take home. Next month we have to make one-on-one appointments to finalize our choices of flooring, carpeting, backsplashes, counter tops, paint color and appliances. Those will be an easy choices for me since I love silver, grays and white and I never get tired of living with those colors for the bones and basics. We also get to choose our light fixtures and that’s my biggest dilemma. Do I go with a throw-back to mid-century or with the ultra-modern cylinder style or bubble-like things that look like you'd need a safe cracker to change its light bulbs. Not that changing lights bulbs will be an issue because their maintenance department supposedly will be at the ready for all us oldies-but-goodies to present them with our To-Do lists. I have a month to drive myself crazy over my light fixtures. First world problems…what can I say other than I know how incredible lucky I am not to be living on the back streets of Calcutta and depending on foraging in garbage piles for my next meal.

While at the open house I got to watch a man have a mini melt down and tell the sales coordinators that he wants his deposit back (while his wife didn’t) because he just found out the place is going to be firearms free. He found this out by asking how big the elevators are going to be because he has a huge gun cabinet that won’t fit in a normal elevator. He was also concerned that his kayaks won’t fit either. He has eight and plans to store them all in their spare bedroom! I guess he didn’t get the downsizing memo. I’m not sure I want to live near a guy who wants to be ready to take out a mass shooter from his third floor balcony. (Yes, he really did say that.) But on the other hand he’d probably make good blogger fodder when he accidentally sends a kayak down the staircase and takes out a few unsuspecting souls at the bottom. Fifty-two units, fifty-one stories (besides my own) I'll be able to tell. Sounds like blogger's heaven to me.

And then my week went downhill faster than an Olympic, two-man bobsled. I was happily doing my thing on my keyboard having a wonderful time loading up my e-Bay listings when everything froze up. I have a desktop model and I rushed it down to the computer repair shop, thinking I had no time to waste if I was going to get it back in time to close my next e-Bay auctions and print the necessary shipping labels. The geeks share a store with a cell phone repair service and as I stood at the counter using old-lady speak trying to explain what happened to my computer I swear the guy’s eyes glazed over. Usually they are able to translate what I’m saying and give me a theory of what the problem entails and how long it will take to fix it. Finally I said, “You’re the cell phone guy, aren’t you.” “Yes, the other guys will be in tomorrow.”

I went home and fired up my backup laptop, tested it to make sure my printer was still attached through the magic of Wi-Fi. It was. But after a couple of hours the Wi-Fi quit working. Talk about Panic City! I tried every trick I knew and nothing helped. Okay, time for backup plan three---trying to access e-Bay on my Kindle. If worst came to worst I could hand write shipping labels but I ended up setting up a whole new e-Bay account! I still don’t know how that happened. I blame those tiny keyboards and a wrong box checked which only reinforces my pledge to never, ever do banking on my cell or Kindle for feared I’d transfer a bunch of money to a scam artist/Algerian who supposedly is going to release a billion dollars to me once I’ve paid the taxes. When I was finally able to get my desktop back I asked the geek about my Wi-Fi issues and he said they hear that a lot and there are drivers in laptops that can wear out. Who knew!

Now, I can’t get my printer back online! It’s always been finicky, losing its drivers whenever Windows does one of their mystery downloads in the middle of the night but usually I’ve been able to get them back. Not this time. I uninstalled and reinstalled that printer at least 15 times. Color me stressed out and no longer happy, happy, happy. But on the bright side, in the First World money solves almost everything. If I can’t get the printer working soon I’ll go buy another. ©
Posted by Misadventures of Widowhood at 12:30 AM