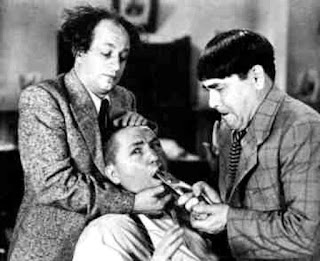 My dining room table is a hot mess. It’s covered with tiny stuff in piles of like tiny stuff waiting to get photographed for wholesale lots to sell on eBay. Along with the tiny stuff are tiny plastic zip lock bags in sizes from a half inch square to three by four inches. I don’t know how other people ship their smalls after selling a lot but I put mine in bags because: 1) I have them left over from the days when we used to sell smalls at our antique mall booths; 2) In bags the items are less likely to damage one another during shipping, and 3) It makes a better impression when the high bidder opens their box to have things all ready to price and hang in an antique booth, thus they are more likely to give me good feedback. eBay sellers live for good feedback.

After putting together 20 to 30 like smalls and laying them out to photograph they are put in the zip lock bags then into a box or bubble envelope to get weighed. To list items you have to feed the package weight and size into the e-Bay software. It’s a lot of work but what choice do I have? Donating smalls to Goodwill would be like throwing money out the window of a moving car. And they probably wouldn't recognize charms given away at the 1937 World’s Fair or premiums from old time radio shows and cereal boxes or Victorian memorial 'hair rings' nor would they recognize a highly prized cigarette lighter like one I just sold on eBay for over $400 or a 1929 patent pending Walt Disney tiny creation worth a couple of hundred. Knowledge is power but it can also be a burden. The local auction house isn’t a good place to send smalls either because they allow people to walk around the building to look at stuff in the week prior to the auctions and all the valuable smalls would (and do) get pillaged out the lots.

My garage is also a hot mess. I’ve been putting stuff from inside the house out there to take to the auction house in the spring and while I should be keeping a running inventory list as I go, I haven’t been doing it. Why? Because I keep changing my mind between what goes in a Goodwill box and what goes in the auction. And once in a while I’ll even bring something back in the house to put it in my once beautiful library where eBay Center has trashed my library with the stuff waiting in various stages in the listing process. But right now I’m concentrating on emptying out a large glass showcase in that room so it can get sold next summer which is where the smalls on my dining room table have been living for the past twenty years. I've done the math and figure over the next nine months if I keep the pressure on myself I'll be able to have 360 more e-Bay auctions and that should put me in good shape. Kaput. Finished. Out of the collectibles marketplace for the first time in sixty years. Then I'll work on selling art and furniture.

New topic: I broke my middle toe. I accidentally tripped on the bathroom scales and if you don’t already know it, let me be the first to tell you that bathrooms scales are evil. Not only are they nasty liars they also mock you, then they trip you and break your bones. The first day it happened I could barely walk and didn’t want to but I had places to go and things I had to do like get a haircut and buy the dog a few necessities. When I got home I iced my toe down, took a Meloxicam which, I’m told, is just a juiced up Motrin. It’s a prescription for arm pain from my failed elbow surgery for when I over do using my arm but I figured that the Meloxicam could find its way down to the toe. And it did. My toe is quite red below (not to be confused with under) the nailbed but the blues on the rest of the toe have faded some. Dr. Google sent me to Amazon to get some broken toe wraps for support and they’ll be here tomorrow.

Writing this blog entry today is like pulling teeth. So far I’ve only written 657 words and I’ve got nothing left floating around inside my head to share. I strive to keep my blogs between 900 to a 1,000 words and usually I’m struggling to edit out sections because I tend to run long with the first draft. Not today. Today I’m struggling to write my quota so I can leave the keyboard. By the way, “like pulling teeth” is an idiom that’s been around since the 1830s---before modern dentistry---that now describes something that is tedious and tiring to do. But in my family it was more than an idiom. Enter my dad and his handy dandy pair of pliers. He was in charge of that chore---literally---and I’m not talking about baby teeth that were about to fall out although I do vaguely remember him helping one or two of those out of my brother's and my head. My grandfather lived with my family for a while and he’d never been to a dentist and wasn’t about to start in his old age. So it fell to my dad to do the deed of pulling teeth that were too painful to stay in my grandfather’s mouth. I don’t know if there was a bottle of whiskey involved in the process but it wouldn’t surprise me. And with that last sentence completed I now have 895 words which means I’m going to make my minimum quota with a few words left over to spare and I’m out of here! The grocery store is calling my name. ©
Posted by Misadventures of Widowhood at 12:30 AM