Sleepless Night, Day of Laughter and Evening of Indecision 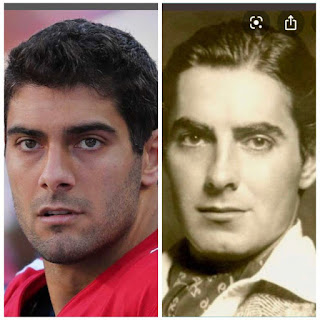 I couldn’t sleep. Even after taking 10 mg of Melatonin at 11:00 PM and an Ambien sleeping pill at 2:00 AM my brain just wouldn’t give up on plotting and planning my future and related life choices. At one point in the night I heard a train whistle coming from the tracks five miles away which was probably the toxic chemicals train that moves ever so slowly through our states in the dead of night and the sound of it made me think of a song Elvis Presley used to sing and Hank Williams before him:

It was after 4:30 AM when I finally fell asleep according to my Fitbit and I woke up at 10:00 because the dog wanted to go outside. I’m so lonesome I could die. Yup, I admit it. If not for the dog I’d measure time in between meaningful contact with other living beings in weeks, not days. And I have no one else to blame but myself. My social life for the past nine months has been pared down to one lecture a month at the senior hall, two brunches a month with my Gathering Girls pals and one house cleaning appointment.

It was bright and sunny the day after my sleepless night when I met with six if my gal pals and it was just what I needed to turn my dark mood around. We talked about silly things like how many of those at the table were crushing on football player Jimmy Garoppole who, they said, looks just like Tyrone Power. I had no idea who Jimmy is and I couldn’t remember how Tyrone looked but like a table full of teenagers, someone got out her phone to google their photos. I never crushed on Tyrone back in my youth but I have to admit that Jimmy’s got the most kissable-looking lips I’ve seen in a long time. Not that I made a habit of looking at men's lips...I'm just sayin'. And since the Super Bowl was on the table for conversation another crushable guy in the senior set was brought up---Sam Elliot. He was in the Doritos commercial and, of course, when I got home that commercial was the first thing I entered into my computer's search bar. I have a hard time separating him from his politics but my friends were right, the commercial was fun to watch.

Oops, make that four living beings I connect with each month. I forgot about a monthly call I get from a high school friend of my husband’s. We talk politics and have been since my husband died, and before that it was my husband who got the calls to talk about the state of the union. I used to enjoy our talks but this past year he’s been a pot that’s boiled over and if I try to temper his anger he yells so loud I have to hold the phone away from my ear. Several times I’ve told him, “We’re on the same side, guy. Please don’t yell at me.” That usually happens if I try to explain why the Right sees an issue differently than we do. Every coin has two sides, I tell him, and if we're ever going to find our way back to a world where compromise in government is not a dirty word we need to listen to what others have to say.

The idea of listening to the other side was tested a few nights ago when one of my in-laws posted a meme on FaceBook that supposedly revealed the name of the whistle blower that led to Trump's impeachment. I struggled with posting a comment something like, “How are you going to feel if this person gets murdered and it turns out he wasn’t even the whistle blower?” I didn’t do it because I know I’d get labeled “ignorant.” It happened once when I did comment on this in-law's political post and of all the words in the English language that one is capable of wounding me more than most. In the same hour she posted the whistle blower meme she posted another one from a Catholic Church site about being kind to one another. I don’t understand how someone can separate the promotion of kindness from their own mean-spirited action of sharing a conspiracy site meme bent on outing a whistle blower whose identity is supposed to be protected by law. Does goodness and evil so easily live side-by-side in all of us? Granted in the realm of good vs evil actions my in-law’s Facebook posts are minor. But maybe the more often we allow ourselves to do small acts of wrong doing the easier it becomes to commit bigger and bigger acts until they truly do cross the line over to evil? I don't know the answer to that question, but I do know a mean girl's post when I see it and if I were her priest I'd make her stand in a corner until she admits that Jesus would not support a man like Donald Trump.