Looking for Unicorns and Rainbows 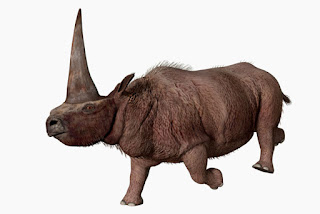 I decided to write about anything other than The Pandemic or the stay-at-home lock down or other related woes of the world. Jeez, it’s like looking for unicorns and rainbows, I bemoaned more than few times as I sat with my fingers resting on my keyboard. The dog wasn’t doing anything cute or annoying. My blog readers are probably sick of my ‘Tales from the Downsizing Side’ or hearing about the military trash books I’ve been hiding inside and I haven’t been anywhere or watched anything worth writing about. Nothing was making my fingers itch to type. I did see my first housefly of the season, stuck in between my window and its screen, but I wasn’t sure I could turn that event into a 900 to 1,000 word essay. I was, however, getting desperate enough to try.

Every morning for years I've made myself write for at least an hour, whether I produce anything keep-worthy or not. Some mornings I’ll write until my brain hurts, then delete every word I produced. Other times what I produce goes in a file titled, “half written posts.” And twice a week I actually write an essay that ends up going live as a blog post. That's not saying its always good or always interesting. I can, however, say it's always on schedule. But the day I set out to write about anything other than The Pandemic the more it seemed like I was searching for unicorns prancing under rainbows. Finally I thought, Screw it, just writing about unicorns! Don’t we all need to believe the nightmare we’re living through could be wished away as quickly as unicorn stickers can put smiles on little girl faces? Ya, I could do something with that premise, I decided.

If you look online for the definition of ‘unicorn’ you’ll find two listed: 1) a mythical animal typically represented as a horse with a single straight horn projecting from its forehead, and 2) something that is highly desirable but difficult to find or obtain. Little girls seem to have a special affinity for unicorns and not having much experience with children I wondered why. And guess what, I am not the only one. Google found me a MIT graduate student who wrote a paper about why little girls are attracted to unicorns. She says, “Horses and dolphins and unicorns — these are all borderland creatures; gateway animals to other worlds. They help us imagine wonderful other ways of being in the world. They let us be cowgirls and oceanographers and mermaids and princesses…”

Unicorns are not just an American thing. They can be found in all cultures around the world. They’ve been around and associated with little girls from Medieval times in the form of an iconic myth (?) of hunters who used little girls as bait to lure unicorns to come check them out because…well, everyone in ye olden days knew that a virgin’s purity, youth and beauty attracted unicorns---and probably a lot of biting insects as well, but the storybooks don’t mention mosquitoes in those woods where the virgins waited while the hunters hid. Fast forward a lot of centuries and I hear tell that modern girls will say that unicorns only show themselves to those who believe in them. They are pure spirit like believing in the power of God or the power of Self.

Narwhal whales with their ten foot, single horn are real which begs the question: Could land-dwelling unicorns at one time have walked the earth? I found the answer and, yes, they did according to an article in Natural Ecology & Evolution. They existed in Eastern Europe and Central Asia but climate change made them go extinct as recently as 39,000 years ago, which means they did co-exist with the human race.

A decade ago researchers were able to study the DNA of a single horned, four-legged fossilized animal but what they found was that those ancient unicorns were nothing like the pastel creatures that today roam across notebooks, backpacks, tee-shirts and little girl’s PJs. No pink or purple pigmentation. No mane to hold on to hold on to while flying over rainbows. And certainly no way to sprout wings when needed. They were downright ugly if the drawing above is an accurate depiction. But seeing that drawing, I can very well imagine they were hunted for a food source. And I’m betting little boys or goats would have lured them into a trap as well as little girls. Girls, however, have always been more expendable through the ages---that’s my spin, being a card carrying member of the Feminist Movement. But you'll have to agree that hunters in primitive tribes have always elevated chest-beating males and milk giving goats above the demure gatherers who cooked the meat and kept the home fires burning. Thus you now understand why I used a question mark after the words 'iconic myth.' The connection between little girls and unicorns is real and iconic but it's not hard to jump to the conclusion that the myth could actually be based on fragments of facts and therefore not a myth at all. (I have too much time on my hands, don't I.)

Rainbows are real and we all know where and when we’re likely to find them. There is something powerful about seeing a rainbow after a storm. They restore our sense of awe and wonder and make us smile in delight. The pot of gold at the end of the rainbow, however, is not real. Still, the legend of fairies and leprechauns burying their gold at the end of the rainbow remains as an uplifting symbol of how after a storm there is always a reward. In time the storm ravaging the world known as The Pandemic will pass and we’ll pick up the threads of our lives to weave them back together. In time we’ll put on our rose-colored glasses and see mostly the positives these trying times brought out in each of us and in society---and there will be many positives mixed in with the stresses, the losses, the politics and the pain. We just have to believe that day will come and believe it with the tenacity of little girls who believe in unicorns.  ©