Toilet Paper and Other Casualities of the Pademic 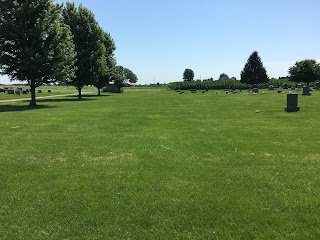 I’ve found many things to laugh about during the pandemic and a lot of them have to do with the humorous toilet paper memes people have created for the amusement of those of us who cruise around cyberspace. But I never expected to find humor while shopping for toilet paper at Amazon. One listing had be laughing so hard the dog came from the other room to check on me, probably thought I was having a medical emergency that would interrupt his human treat dispenser and we can't have that happen in this household now, can we.

The toilet paper was trounced as: “Silky Toilet Paper, Soft Professional Series.” Professional Series? What does that even mean? To the best of my knowledge there are no professional pee-ers and poopers or contests to see who can do it quicker or fill up the bowls fuller. No amateurs to turn pro like in baseball or hockey. Or maybe the professional series is designed for people who have achieved the status of a professional in the world of sports? Do the bathrooms attached to the locker rooms of the New York Yankees or those who play for the NBA require “professional” paper---not one ply, not two ply, but three ply toilet paper? Is it written up in their contracts that their tushies get best?  If so, I hope they keep a plumber on speed-dial because that “professional toilet paper” is sure to clog up the pipes without impunity.

I never did buy what I needed online. They were either sold in such huge lots of brands I’d never heard of or the prices were too high and I had visions of the product having been sitting around in warehouses for the past 30 years, moldy and smelly. At e-Bay the prices were even higher, at gouger heights, which makes me wonder if part of the so-called hoarders are actually profiteers, buying up locally and e-Baying them out for extra cash. $45.00 for a six pack of Charmin? No thanks. I did order a travel bidet with plans to use it for all my “front door” needs thus stretching out my dwindling supplies for my “back door” needs. I won’t run out for a week or two and if I do before I’m able to snag a pack at the grocery store (which is doubtful according to the local message boards), I’ll be grateful that I didn’t stop delivery on the Sunday newspaper. Always have a backup plan and I knew that long before I started reading Navy SEAL books. I've learned a useful acronym from all those books, though: FUBAR. Fucked up Beyond all Recognition. Yup, a pretty useful thing to say about the Covid-19 world we find ourselves living in.

I dreamed about my mom last night. I haven’t done that in decades. My husband, yes, he’s often in my dreams. My dad occasionally. But today I woke up with a smile on my face after seeing my mom sitting in her rocking chair crocheting. The look on her face was one of peace and contentment, as she usually looked when she was knitting or crocheting, and in my dream I was running around stacking and unstacking boxes like the proverbial chicken with its head cut off. It doesn’t take a psychiatrist to figure out that my dream was about a need for the kind of comfort and reassurance that only a loving mother can give.

During this pandemic my thoughts often go to my parents, especially my dad. Their generation lived through so many hardships and the last pandemic had a profound effect on Dad’s life. My grandmother, his mom, died after nine days of fighting for her life during the Great Flu Epidemic of 1918-1919. She was 33 year old and left behind a husband and three children, the youngest of which was my father, age eight. It's estimated that 20 to 40 million people died of the flu in those two years nationwide and 32 thousand just in the state of Illinois where my family lived at the time. Over the years my dad and uncle had gone down to Illinois more than a few times, trying to find her grave and when I got interested in genealogy I sent for a copy of her death certificate and figured out they were looking in the cemeteries in the wrong town. And the search started again.

In a twisted game of fate it as almost exactly a hundred years after her death that my niece finally solved the mystery of where my grandmother was buried. She found a historian in Grandville, Illinois who said that most people who died during the Great Flu Epidemic in the hospital where my grandmother died were buried in unmarked mass graves in a particular cemetery. My niece was able to go there to see what is now a carefully manicured lawn marking that field of so much sorrow. Now, the dead in NYC are stacked up in refrigerated tractor trailers because the funeral homes are overwhelmed trying to keep up. The more things change, the more they stay the same.  ©

PHOTO at the top is of my grandmother's final resting place.
Posted by Misadventures of Widowhood at 12:30 AM