The Crazy Train to Selling a House 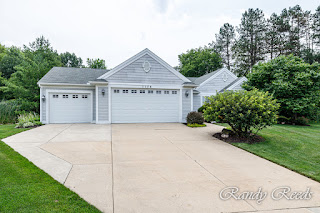 When a buyer’s agent shows a house there’s a form they can fill out to give you feedback on the seller’s home and it’s one of the things I thought I'd like about the Showtime app for making appointments for showings. A scant few hours after my very first showing an agent filled out the form saying the house was well maintained inside and out but her client just didn’t feel it was “The One.” How do you argue with that? I felt that way about a few of the guys I dated back in my wild and wicked twenties.

The first full day the house was on the market---the day I got my car detailed---there were back-to-back showings for five hours. The second day it was back-to-back showings for six hours and I, of course, thought the agents would be like the first one and would fill out the feedback page right away. No such luck. You let them walk all over your house and yard, snoop in your cabinets and closets and pee in your toilets---put the seat back down, guys!---and go away leaving your back door wide open for the local wildfire to roam in and hopefully back out again. (Yes, that happened.) And did I mention the agent who stood at my front door at 7:26 using the app to ask for a 7:30 showing? But here it is days later and only two agents have said boo about the house? Maybe that’s a good sign. Maybe it means they’re working on a offer. Or do they not like my two months to possession clause? Maybe it means nothing except we’ve got a bunch of inconsiderate agents in town. See where I’m going on this crazy train? You can second guest the lookers until the cows come home but at the end of the day you’re right back where you started.

At least with my first day away from the house I perfected my designed-for-comfort outfit for riding that train and it matched the book I downloaded on my Kindle, a baseball themed romantic comedy by Pippa Grant. I wore my new corral colored jersey knit baseball shirt that has a v-neck, buttons down the front and short sleeves that are long enough not to expose your pits---I hate cap sleeves that do that. Woman Within has been selling this style off-and-on for ten years and I have five---three old and two new. And, yes, they actually call them baseball shirts and when they showed up in their summer catalog I resisted the urge to buy them in all 8-10 of the colors they come in. Most. Comfortable. Tops. I’ve. Ever. Owned.

Along with the corral shirt I was wearing my running shoes that haven’t run anywhere in the five years I’ve owned them and I wear them practically every day. I know, I know, I need a new pair. And to complete my “sporty look” I feel really good about the black baseball hat that I recently acquired---after downsizing at least two dozen of my husband’s caps out of my closet. Oops! That was before the pandemic did a number on my hair and I learned the true meaning to the term, “bad hair day.” I never looked good in baseball caps with my boy-short hair but now, with longer hair I actually look good in them and I'm wishing I could go back to Goodwill and get a few of my husband's back. (Other widows know how hard it is to let go of a spouse's favorite hats and t-shirts.) Anyway, on bad hair days when my super thick pandemic inspired hair style has a mind of its own I love rocking my new hat. It makes me feel like I‘m sneaking around in a disguise. Looking for blog fodder, perhaps?

The second day when I had to stay away from home for six hours I discovered that my other new baseball shirt has a major league problem. The buttonholes are slightly too big for the buttons thus I was flashing people randomly and going forward I’ll have to wear a tank top under it. (Side note here: that night I watched my first ever baseball game on TV. I don't even know who I am anymore!)

I ran a ton of errands that second day but I ended up doing something I shouldn’t have. I stopped at a donut shop and I had been doing so well these past 4-5 weeks with eating issues. Lost a few pounds, kicked the sugar habit and it felt good to be in control again. I’ve always been a stress eater but I can’t blame my fall from diet-grace on an impulsive thought. I had a six minute car ride where my better self could have talked my bad-girl half into being a responsible eater. What happened is I was planning to sit in the park to read my Kindle but when I got there someone had rented all the tables for a party, so there was no place to sit. Almost no one will agree that this was a comfort food emergency but the screwed-up bad girl who lives in my head thought so because it was the first thing she thought when she saw the cake for the party in the park. They get gluten. I need some!

I wrote the above part of this post over the weekend and am adding the following tonight on Monday: My realtor came over to present three offers on the house that came in after 4 1/2 days on the market and 16 showings. It felt like he was talking out of both sides of his mouth because when I signed his contract he said we’d market it for a week, then look at all the offers at one time. But when I questioned why we weren't doing that, he said all three offers were too good to make solid, potential buyers wait chancing them withdrawing their offers and moving on.

All three offers were at least $8,000 above my listing price and in the same range of one another. Two highest had the clause that could have sent them into a bidding war to add another $7,000, if I had wanted to play that game. I didn't. I didn't because in my mind that's taking a chance that the deal could fall apart if the appraisal didn't come in high enough for their lender. The pandemic held-back a glut of foreclosures that are ready to pop onto the market so time would not have be on my side if my house ended back on the market just as its flipping to a buyer's market. That factored heavily into my decision not to trigger the bidding war.

The offer I choose was $1,000 lower than the highest offer but they waved the inspections and had some serious cash in their financial disclosures and they were pre-approved for a house $30,000 higher than mine. They also waved me paying $1,000 rent for the extra 30 days possession. Plus their earnest check was $10,000 compared to the other potential bidding warrior who only offered $3,000. $3,000 isn't that much if someone wanted to walk from the deal at any point. In other words, I played it safe and stress-free. While I was working all the pros and cons of each offer I felt like I was back in my teens again sitting in front of my all-time favorite board game, Monopoly. The real-life version is scary!

The worst of the selling process is over. (I hope.) Next step: the appraisal in 10 days and the closing around August 20th. I won't breathe easy until the closing but I've done all I could to hedge my bids for a smooth outcome for selling my house.

I'm in mini-vacation mode right until the end of the week when I start planing out the next three months. Now, my only plan is to smell up the house cooking some protein on the indoor grill. ©

Photo Note: Because my blog is also my diary, I'm documenting more photos of the outside of my house plus some basement shots. 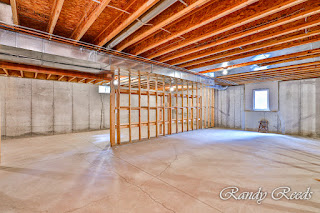 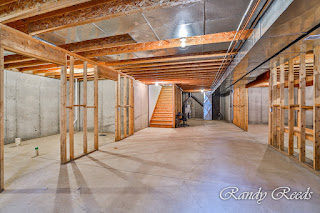 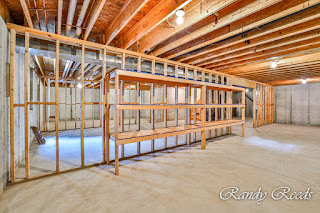