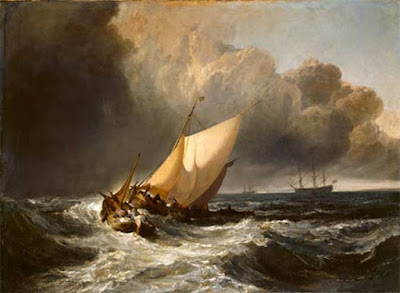 As you may or may not remember I’m taking a 12 week course called Stronger Memory and one of the three requirements is reading out loud 20 minutes a day. Sounds easy enough, doesn’t it. It’s not! My voice box hasn’t gotten this much of a workout since…well, since never. I wasn't a mother who got to read to kids or grandkids and I’ve never taught classes or had a job where I had to give corporate reports. The closest I got to speaking out loud for any length of time was back in college when I took a couple of classes in public speaking, and I was a second stringer on a debate team but even back then our preposition and rebuttal speeches were limited to ten minutes.

A quick google search of how our voice changes over the years brings you information like: “As you age, all of your muscles naturally lose mass. This includes the muscles of your vocal cords and voice box that make your voice work. The older you get, the more your voice may become hoarse or ‘tired’ feeling as a day wears on." Even before I signed up for this course and discovered how hoarse my voice really is I’d been concerned that my voice was cutting in and out when I talk. I spent so much time alone during the pandemic of 2020/21 that if I hadn’t had a dog to boss around my voice would be even thinner and more cracker-ly than it is. (Oh, look, I just made up a new word.) As one website describes the aging process of our voices, “Weakened and dry vocal chords become stringy, which prevent normal vibration, causing higher pitched voices that sound thin.” That’s me. My voice sound ten years older than I am by the calendar.

The above paragraphs are the long way of saying that after ten minutes of reading out loud, it gets hard to do! I have to push myself to get through the next ten minutes. I have to keep reminding myself that I’m supposed to be reading out loud. (And I'm not alone in these complaints about our homework.) I am, however, enjoying the content of the book I’m reading: Painting Techniques of the Impressionists. One of the things I’ve learned that gives me hope for my own work is how long it took various Old Masters (by contrast to the Impressionists) to complete some of their famous works of art. Notes, sketches and color samples in a notebook of Turner’s for example resulted in a finished painting ten years later. Impressionists were not like that. According to my book they were “…painters of fleeting effects, as no other painters had done…” Impressionists would paint outdoors then come back with paintings they’d show and sell in galleries while the Old Masters would have taken those same paintings back to a studio, refined them and worked on them for long periods of time---years even---before they’d declare them finished. No wonder the Impressionists were scorned by some in the art world. (The invention of the camera factors in here, too, but that's a whole another topic.)

Anyway, back on topic: New Year’s Resolutions kept and discarded. I have started a painting but I had a least ten false starts before I settled on a subject to paint. Check that resolution off the list since the resolution was about starting a painting…nothing was said about finishing one. Okay, so that’s a technicality and some might say I’m cheating but it’s my Resolution List so I get to make up the rules here.

Although by the end of the year I do hope to finish a couple of canvases I’d been working on when my husband had his stroke in 2000. I recently found the photo and notes I’d mourned as lost about what color formulas I’d been using on a painting I truly want to finish. It’s of my great-niece when she was a little girl and now she’s a woman with two children of her own. If Turner could take ten years finish a painting and some of the Old Masters work on the same paintings for half a decade, then Amateur Hour Jean can take twenty-two years and not have to feel like such a failure about it. And Manet had once scraped a face off his canvas 25 times before being satisfied that he got it right, so I guess there's no shame in me redoing a face for a second time. Still, my mom in the last few years of her life made a conscious choice to finish up all her unfinished projects and sometimes it feels like her ghost is haunting me, telling me to hurry up and tie the loose ends of my life up because time is running out. Mom, quit nagging me, I'm trying!

The above paragraphs cover two of my New Year’s Resolutions, a third one about improving my personality has already been moved to the discard pile as being too vague. I’ve changed that from “improve my personality” to “reveal more of my personality” and I did so recently at a lunch table when the topic of Chick-fil-A came up. Someone asked if their chicken is really that good that people would wait so long  in line to get it and I mentioned that I wouldn’t know because the place is on my Boycott List. When I was asked why I boycott it I kept it simple, just saying that they support a lot of conservative causes that I fight against. That statement opened it up to where three others revealed that they boycott the place too.

Then one of the Skinny Minnie Twins admitted to buying a My Pillow pillow before they knew the company owner was so off the rails Trumpian and how much it hurt to throw that very comfortable $100 pillow out because she couldn't put her head on it without negative feelings filling her head. Another woman admitted that she will only go to Hobby Lobby when she’s exhausted all other sources to find what she’s looking for. Because I had the guts to drop the ‘Boycott List’ into a conversation I’ve found my political tribe on the continuum care campus. And here I didn’t think there were any other Liberals around.  However, The Cheerleader causally mentioned that we all have to live together for the rest of our lives and there are so many other things in the world to talk about that we should keep politics and religion off the table. Okay,  then. ©