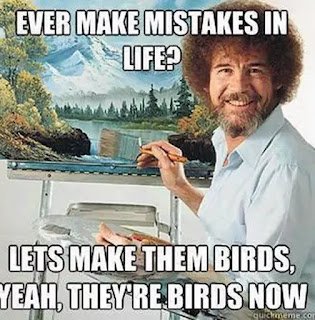 …Or maybe you don’t know what it means to me to be starting 2022 just as I don’t know what it means to you. Are you the type who makes New Year’s Resolutions? Most of my life I’ve been that person who makes the list and at the end of the year reviews my successes or failures at accomplishing what I committed to writing. When 2021 started I was especially happy to usher it in and I wrote a post that began with: “Goodbye 2020! In my entire life I’ve never looked more forward to a New Year’s Eve than I have this year including the years when I had fancy, dress-up events to attend. I’ll bet most of us can say that in this year of the World-Wide Pandemic, Mother Nature Gone Wild and our Bat-shit Crazy Politics. 2020 needs to be thrown on the heap of history with the hope of better things to come.”

Not much has changed in the arenas of the pandemic, Mother Nature and bat-shit crazy politics but this past year (2021) I've taken the easy way out by ignoring the greater world around me, metaphorical pulling a blanket over my head thinking what I don’t see can’t hurt or affect me. I’ve been in an almost total news blackout since October and that has never been my MO. That’s not to say that I haven’t tuned out of things in the past. I have. But never for this long before something would suck me back into keeping up with the news.

And that's starting to worry me. Lately I’ve been asking myself if being too busy it the real reason I’m pulling inward or if it’s something that happens with age and failing brain power that explains why I don't want to keep processing what's going on outside the bubble I've created for myself. When they give an old person cognitive tests they always make a big deal out of whether or not someone knows current events and who the president is blab, blab, blab. Little green men from Mars could have taken over the world last month and I wouldn’t know about if one of my favorite bloggers didn't write about.

My dad was in a drug trial for an Alzheimer's drug and part of that trial involved me taking him in to get a comprehensive cognitive test every two months for a year. His answers to 'who is the president' were never right but often funny. Once I tried to prep him for the test and he ended up ratting me out. When asked who the president was that day he couldn’t tell the doctor and the doctor said, “It’s Bill Clinton” to which my dad said, “My daughter tried to tell me that in the parking lot but I didn’t believe her.” Once he said, “I don’t know his name but he seems like a hell of a nice guy.” One time he was a good looking guy, another time he said, “I don’t know but the vice president is Al Gore.” I’m quite sure when my time comes to take the comprehensive cognitive test that could deem me unfit to handle my own money and medical decisions I’ll proudly answer the president question with a firm, “Bill Clinton. Everyone knows that.”

At least I know I’ll get that question right the first time I take the cognitive test because I’m doing one in a few days as part of a twelve week class I signed up for here at the continuing care complex. It’s called Stronger Memory. We get a cognitive test at the beginning and the end of the course. Others at our sister campus who’ve been using the Stronger Memory workbooks claim it helps them and it’s a fun course to take. It involves committing to do twenty minutes a day to reading out loud, writing twenty minutes a day and doing a sheet of timed math problems a day. We’ll meet once a week and read some of our topic-driven essays out loud to the class. I've heard from several sources that the innovated memory care program on this and our sister campus is rated one of the highest in the state. I'd be a fool not to use the tools they offer to try to hold on to my brain power.

We’re supposed to write our essay answers out long-hand, directly into our workbooks but I’ll be cheating on that. I'll write them on another paper then copy them in the workbook. With my dyslexia I simply can’t write a decent paragraph without editing and correcting spelling and changing word order plus I’ve been practicing penmanship for the past 4-5 months so I’m not concerned with my brain renewing those connections. Mainly I signed up because it will be a good way to get to know others better---like taking a writer's workshop---and wouldn’t you know it, three of the five Jean’s on campus will be my classmates. It happens so often that its become a running joke. If your name is ‘Jean’ you automatically get enrolled in the sign-up-for-classes club.

As for New Year’s Resolutions, I’m keeping one that has been repeated frequently since my teens to “improve my personality.” After all these years of writing that resolution it finally dawns on me that I should break that down and define what it is I think I should work on. It’s too vague. Another resolution I’m putting on my list of five is to stop talking about painting again and make a serious effort to actually do it. Everything is in place but me. To help with that I’m going to use my twenty minutes of reading out loud time to read in my art books. I think I'm afraid I'll find out that I lost whatever talent/skills I once had and I don't have enough years left to get it back.

My third resolution is to downsize again starting in the summer when I can work in my storage unit in the parking garage. If you followed my downsizing saga these past few years you’ll laugh at the fact that I just downloaded a free book called, Decluttering at the Speed of Life. I guess I'm looking for someone who can turn me into an unsentimental, minimalist who would be happy to sit on a curb with a bowl of rice and a buzz cut.

My forth and fifth resolutions have to do with coming up with a schedule that finds the sweet spot between personal time for hobbies, social time and improving body and soul. Drifting along sampling different things around here has been fun but it’s time consuming and I need to set my sails, head some place.

I know you're wondering what happened here for New Year's Eve. We had two parties. One was fully implemented by the management, a fancy buffet with jazz musicians for entertainment. I got to wear an out-dated-but-much-loved wine colored velvet jacket and everything ended at 9:00 on the 30th. For the actual the New Years Eve we residents organized another party where 20 of us each brought a tray of snacks and we played Uno. It was fun but the party started at 7:00 and ended at 10:30.