Living in a Senior Apartment Complex 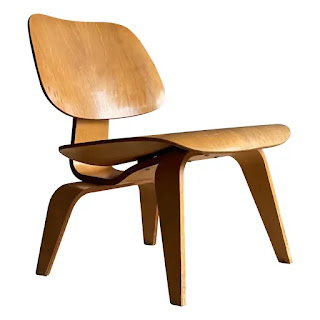 Living in an apartment building is different than anything I’ve experienced except for a year spent in a college dorm but that was so long ago I don’t remember much about it except we ate our meals off trays and my dorm room for half the year was an actually forth floor dormer with sloped ceilings that I adored and it overlooked the football field. Not that I liked football any better back then than I do now but I was still boy crazy at the time so there’s that.

I forgot where I was going in this post---oh ya, what it’s like to live in an apartment building after a lifetime of owning and living in single family homes. That’s not to say I didn’t have some inkling of what it was like to live in one. My husband owned a four family apartment for 10-15 years where sometimes the tenants got along and other times they were constantly complaining about one thing or another or each other. For a long while, we had a house full of single women living there who seemed to make up stuff to get my husband to go check out noises in the attic or a washing machine in the basement that quit working (because it mysteriously got unplugged). Finally, my husband started making me go with him to do any and all maintenance in the building and that put an end to the frivolous calls and the windows they couldn't open or shut. The power of the significant other.

Being a brand new building all the units here have a few things that any new construction needs to be addressed. An electrical outlet that doesn’t work, a spot of paint where it doesn’t belong---that sort of thing. We were given an inspection sheet to fill out for maintenance to come in and fix our woes, plus put up shelving we might want to add in closets, etc. One woman recently had a huge hissy-fit at the main office about how long she’s had to wait for her list to be addressed, and sure enough it worked. The maintenance cart was outside her door the next day. That night at dinner other hissy-fits were being planned and plotted and will no doubt spread like a virus across the campus.

Today was my day to get my inventory of stuff addressed and no hissy-fit was required to get the maintenance man to show up. I now have new shelves to dry my paintings on in my art corner, a new black-out shade in my bedroom, my ice maker is turned off because I hated that thing dropping cubes in the middle of the night and I got a lesson on how to use childproof electrical outlets. There’s also a future work order for me to get another electrical outlet put in the bathroom. Still on-going is the saga of the front door intercom that rings into mine and one other apartment. The company who installed them is waiting for a new part to come in that's on the proverbial slow boat from China. Also on-going is a streak of construction gunk still across my floor. They’ve tried power cleaning it off and now the maintenance man is saying the flooring people are going to be forced to replace the flooring in my living area. What a mess that will be. But that's not happening until after the holidays. He didn't say which holiday...oh, my!

Others here are losing patience but the two maintenance men are both working full time to resolve our Honey-Do Lists. Mr. and Mrs. Matchy-Match, for example, are on their case to paint the underside of their kitchen cabinets. They are a natural wood with a shiny sealer on them---same as mine and what's inside of the white cabinets---but they think they look unfinished. Mealtime discussions about things like this present an interesting study of human behavior. Everything from an individual who suggests they withhold their monthly payments until they get the service “they deserve” to those of us who understand the unique situation we’re in, having us all move in within a short time frame. Like I told the maintenance man once, he gets at my Honey-Do list quicker than my husband ever did so you can guess where I fall on the patience spectrum.

I didn’t mean to fill an entire post up about maintenance or lack there of so I’ll probably have to tackle this topic of living in an apartment again. Maybe several times. I don’t know if it’s because I’ve lived an isolated existence for so many years that I find this microcosm I’m living in to be so interesting or if it really IS interesting. I image it's the same in offices, schools and other workplaces where you get to know each other's sense of humor, sense of entitlement and foibles from the inside out.

Speaking of interesting things, last week was our Holiday Parade of Apartments. Fifteen people hosted walk-thou's for others to see their places. I didn’t open my mine up. Two people beat me out of the title for having the most knickknacks. One had so many things hanging on her walls---literally from floor to ceiling---it’s a wonder they didn’t cave in. The other must have two hundred blue bottles littering all the surfaces. Two others were mid-century minimalists in the true sense of the word and one of them had a to die-for original, 1940s molded plywood Herman Miller chair and coffee table. They were stained in my hated color of orange but I still loved those two pieces if that tells you anything about my level of lust over that set.

Lots of people had heavy, ornate furniture and the art work ranged from great original works of art to wall hangings from Home Goods. All the Christmas decor was pretty but looked like too much work to me. One guy even had a train set under his tree and several people had even set their tables with Christmas china. I managed to get a wreath on my hallway door and a large red bow on my deck door and my windup music box with Santa and his reindeer sets next to a pile of Christmas cards. A whole box of other holiday stuff never made it out of my storage cage. Maybe next year.

I’m probably near my word count for today so it’s time for me to stop and come up with my next topic to tackle. ©