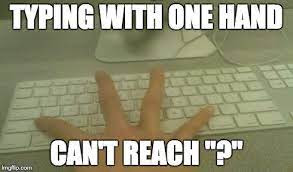 Between the mole biopsy on my leg that doesn’t want to heal---the doctor said a shin surgery can take eight weeks or more---and some other medical stuff I’ve got going on I’m declaring August to be my Grunt-and-Move-Through-it Medical Month. And it’s starting with me having to take my nearly brand new hearing aids back in because one of them quit working. At least the skin doctor just requires me to e-mail a photo of my half-dollar sized, red and warm biopsy sight. Thank goodness our concierge is a jack-of-all-trades here because there is no way I can take a selfie of the outside of my ankle and she’ll have to do a few more between now and the end of the month. Still, I had to set up my patient portal just to get the first photo to where it had to go online. Silly, time consuming stuff. I’ve said it before and I’ll say it again, as we age it’s important to keep our computer skills up. Even scheduling appointments for yourself is less time consuming than waiting for a real person to do it over the phone. Even my internist answers messages through his portal quicker than I’d get a call-back.

Also on my medical stuff on my To-Do List are surgeries for a trigger thumb and carpal tunnel scheduled the eight of September with the pre-surgery appointment for an EKG and blood work coming up soon. Another set of blood tests are needed for my coming Reclast infusion for my bones, too, but who knows when the infusion center will get me on their schedule. There’s been a snafu going on for over a month between the doctor’s office, the infusion center, the specialist pharmacy and the insurance company and I'm about ready to scream with the phone calls and text messages this is generating. And with all the darn blood draws I’ve had this year for anemia I’m surprised I even have any blood left to give. At least I’m remembering to drink a zillion glasses of water the day beforehand to help the blood lab find plumb veins. And since you want to ask, no the various places that want my blood don't seem to want to share the tests results.

When I was at my bone doctor’s office to get the results of my full body bone density test he was really pleased at the improvement the Reclast is doing. My risk factors for a major osteoporotic fracture is 18% and 3.7% for a hip fracture, both numbers down from the two previous years. The crushed cervical vertebras in my neck and lower on my spine are no worse and investing in an expensive office chair was worth it because none of the pain they cause me now is worth going through surgeries to get them fused together. But I finally called Uncle on having him do my trigger thumb on my dominate hand because getting it stuck in weird positions is happening more frequently and it's increasingly harder for me to manipulate the thumb back to where it belongs. What made me realize it’s finally time scared the crap out of me. One day my thumb on my left hand got stuck folded under my palm and while I was trying to get it unstuck the thumb on my right hand got stuck. With both thumbs locked up in each other and I thought I'd have to use my tongue on my emergency dialer to get help.

In the meantime, I’m doing a course of Prednisone which is in the corticosteroid class of drugs and according to Google, "It prevents the release of substances in the body that cause inflammation." But doctors don't like you to be on it long term---trust me, I've asked---because it also suppresses your immune system. Great timing on having a suppressed immune system since Covid is starting to show up back on our campus. One of my nieces and I both say we could happily live on a daily dose Prednisone though. All your joint pains disappear and you feel like you can do anything....best time to tackle a deep cleaning projects. Ever. My bone doctor hands Prednisone packs out like a pervert trying to lure little girls into a van with candy and you can bet your booty I won't turn down another 10 day course of it after my surgery.

The day I was at the bone doctor’s office he was running an hour and a half late and I was given the choice to stay or reschedule. I stayed because I’d once been the cause of him having an emergency that put him off schedule and I knew once he was with in the room he’d take all the time I needed. But I was not prepared with questions for having two surgeries at one time so I allowed Dr. Google to scare me with all the stuff that could go wrong. Had I not paid my $100 to hold the surgical date and had the EKG appointment all lined up before jumping on internet I might have backed out. So I’ve made up my mind to grunt-and-get-through it the way I get through everything…by making pre-surgical To-Do Lists and have my Plan A and B in place and trusting everything will go according to plan. My dominate hand will be in a splint for less than a week but I’m still trying to figure out how to eat that way. I’m having flash-backs of my husband’ having to make that transition after his stroke but he had me to cut his food, not to mention that he didn’t have to eat in public in the beginning. ©