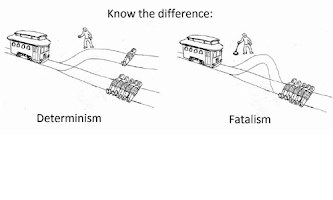 I like where I’m living but sometimes it feels like I’m living in a high stakes game of Russian Roulette. At any given time over the summer we’ve had one or two people in quarantine because of Covid and we aren’t told who it is. Those who took a class or a meal with one of the quarantined people are told through contract tracing thus the gossip mill quickly figures out who is sick. I’ve always been a bit of a germaphobic before the pandemic and now I get the heebie geebies over elevator buttons and people who seem to forget that quarantine means you don’t go calling on your quarantined neighbor with a plate of muffins. “Oh, I didn’t go inside,” one lady told me at dinner, “I just handed the plate off to her at the door.” Hello! Two hands on the same plate, and one is likely stained with Covid droplets because few people wash their hands before opening doors. If I baked muffins and wanted to do something nice for a quarantined neighbor I’d leave them on the hall side of the door then call on the phone and tell the person what I delivered. Is there no common sense in the world?

One woman has had Covid three times since moving here. She’s been vaccinated but still had to be hauled away in an ambulance each time she’s gotten it. Two days after her last quarantine ended she showed up at Mahjong and played next to me, passing tiles back and forth and making me wishing I could hang a ‘Typhoid Mary’ sign around her neck. The thought crossed my mind that we should make her play with a long-handled reacher like people use to get stuff off from high shelves. Nothing to fear, I told myself, she has to test negative several times before they let her out of quarantine.

The topic of going up to northern Michigan’s Traverse City area came up while we played---Typhoid Mary and her husband go often---and I made the remark that I’d like to get up there one more time before I die. A day later we’re sharing an elevator and she says to me, “The next time we go North would you like to ride along?” I replied, “That’s a very generous offer,” but in my head I’m thinking about how paranoid I’ve become. Not only her Covid history flashed a warning sign in my head but also the fact that she and her husband are in the early nineties and I have no idea if their car looks dented and abused the way old people’s cars get just before their kids take their driver’s licenses and keys away. Of course, I’ll come up with some excuse not to go should they come up with a more precise invitation that doesn’t involve admitting that I'd turned into a strange little scary cat. They're also very religious and the topic of God is likely to come up on a long car ride and I'd probably pop off with something like 'God' spelled backward is 'Dog' then go into a monologue about the dogs I've had over the years. Can you tell the dog costume parade last week made me long for another puppy to train?

The first record of anyone playing Russian Roulette is found in an 1840’s short story called, The Fatalist by a Russian poet and writer. Long story short the main character uses a gun with one bullet in an attempt to prove there is no predestination. The first click of the trigger with the gun held to his head produces no bullet but the second click, while the gun is aimed at a window, filled the room with smoke and an ear spitting sound. And he wins twenty pieces of gold with this high stakes game.

But how does someone just spin the cylinder with only one bullet in the chamber on a metaphorical gun of things that can go wrong? Do they use the glass-is-have-full approach and reason that you’ve got a five chances in six of a good outcome? Do you tell yourself you’ve lived a long life and how you die in the end doesn’t really matter? Do you tell yourself that all of life is a gamble and so far you’ve won more often that you’ve lost? I guess the fatalist would say that it doesn't matter how you play it, because what will happen will happen.

According to Wikipedia ‘fatalism is a view that “human beings are powerless to do anything other than what they actually do. Included in this is the belief that humans have no power to influence the future or indeed the outcome of their own actions.” I see a lot of fatalistic thinking here among my fellow residents and that is no surprise given the fact that so many denominations of Christianity do not believe in free will and that their God has foreknowing of everything that happens to everyone. “If I’m going to get Covid, I’m going to get it,” is often spoken out loud here and I want to shout, Maybe so but you won’t catch me licking the elevator buttons or hugging someone in quarantine. We don’t have to put ourselves in harms way because you think God has a plan for you. Maybe God planned for us all to be smart enough to plot our own futures instead of letting Him do all the heavy lifting. Granted I get carried away in a paranoid kind of way with my belief that I DO have some control over my life but, hey none of us is perfect.

Remember me mentioning I signed up to see a live minor league baseball game? It took place yesterday. We had great seats and they had very high netting to catch fly balls but seven still ended up out in the crowd, one coming within 15 feet of me. At the only other live game I've been to my husband got hit in the head by a ball that neither one of us saw coming. You'd better believe this time I tracked those balls as if stayin' alive depended on it. One of my biggest regrets in life is that I didn't insist we take Don to the ER to get him checked out because in hindsight I think he had a concussion. ©