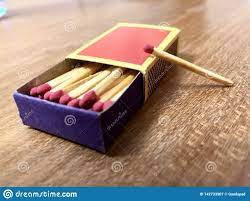 I’ve been trying to improve the quality of my sleep. Nothing new here. I’ve played that game off and on for years. My latest attempt started several months ago when I gave up on my then new $129 Fitbit from ever talking to my android cell phone and I got a cheap $35 fitness watch that does sync properly like two old friends at a back street bar. I had an older model Fitbit that worked as it should with non-Apple products and every morning when I sat down to my computer I could view my sleep pattern on my monitor. Until I couldn’t anymore. Fitbit did a firmware update and there was no going back. Not only do the new Fitbits not work peacefully with computers but they don’t like androids cells phones. Trust me, I’ve investigated the depths out of that quagmire.

Before I bought the second Fitbit I, of course, checked its compatibility with my android phone and supposedly it would work with an abbreviated app but pairing and syncing them up only works when you cross your fingers and toes during a full moon and you're headed south in a slow moving brown van. In two months of trying I was only able to do it three times. I hated abandoning that second Fitbit but it was time to call “Uncle” which I should have done before the cut off date to send it back for a refund. Yes, I’m stubborn; I hate it when tech stuff gets the better of me. It makes me feel old which I am but let's not talk about that. Let's instead bask in the glory of having a dependable sleep app back in my life again.

When I get up, the first thing I do is make my bed---well, it's the second thing I do if you count peeing as the first. Then I put on the coffee pot and walk to my office where I’ll open my sleep app and wait for it to download a night’s worth of stats. Last night, for example, I got up three times to pee, had an average heart rate of 65 and a stress level of 30. It took me ten minute to fall back to sleep after my trips to the bathroom and I got 4 hours and 48 minutes of light sleep and 2 hours and 44 minutes of deep sleep. My sleep quality score was 89 which was in the ‘good’ range and in the past 60 days I’ve only made it into the ‘good’ range four times---all with the aid of an ambient sleeping pill. In June I averaged 6 hours and 3 minutes of sleep a night and so far in July I’m up to 6 hours and 41 minutes a night. People who get less than five hours of sleep a night are twice as likely to get dementia according to lots of sleep studies like this one from Harvard. Sleeping pills aren’t the answer, either. You don’t get the right kind of sleep when you take them. I only take them when I toss and turn for more than two hours and haven’t fallen asleep yet.

Not surprising is that my longest stretches of uninterrupted sleep are towards morning and often times I wake up with a dream hanging around. Sometimes----like today----I’ll jot down a few notes before walking to the bathroom. (It’s the only thing that works to help you remember dreams and I’ve been doing it off and on since Kennedy was the president.) Today I wrote down: Tiny Don. Matchbox. Swamp. Boat. Map. College kid.  I was dreaming that I found my husband in matchbox where he was all eyes and grinning when slid it open, as surprised as I was at our reunion. The matchbox was on an old Army cot and the cot was in a cottage in the marshlands only accessible by boat. Last week I’d seen the movie Where the Crawdad Sings so it was easy to figure out why my brain came up with that setting and at one point in the movie the main character opened a matchbox just like in my dream. Her’s was empty.

They say the actions in our dreams--not the settings---are the important part, telling us something that our conscious minds don’t/won’t and if that’s true the fact that in my dream I didn’t take the box with my husband inside with me when I left speaks volumes. It’s a sign that I’ve moved on, right? Instead I promised to come back to visit. The dream ended when I got upset because I didn’t think I could find my way back through the marshland to visit but a college kid on the dock promised to buy me a map at the campus bookstore and mark the cottage’s location. That’s when I woke up.

Sometimes I do miss my husband even thought he’s been gone ten years now. I think it's because there are couples here at the CCC who occasionally remind me of my caregiver days. Like yesterday a guy was trying to help his wife transfer into a car---she'd recently had her foot amputated---and I came close to saying he'll have to bite the bullet and trade that car in for something easier for her to do transfers in and out, but I didn't. When the time is right an occupational therapist will suggest it if one hasn't already done so. Watching them struggle brought back a day at a car dealership, trying transfers to find the right combination of seat height and grab bars for Don's transfers.

It’s a process of letting go in steps to see your spouse’s mental or physical health deteriorate. At least here, those caring for their husbands or wives are never far from supportive words or kindnesses shown. It might be just a brief meeting at the trash room or at the formal, monthly caregiver support group. I’d call it a blessing that they don’t have to experience the caregiver loneliness that I went through but ‘blessing’ is not really the right word. They chose to move here; it’s not divine intervention. They took control of what little they can control. And in at least one case, a terminally ill guy insisted on getting his wife 'settled in' where she could make friends before he left this earth. He lived a month here before passing away and our widows rallied around her just like he figured we would. ©