The Fish Fry and the Sing-Along 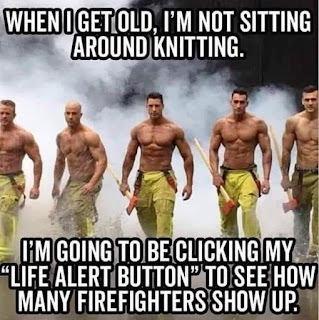 One of the guys who lives here went on a fishing trip to Alaska and came home with a fish that was almost as tall as he is. I’m surprised that fish didn’t pull him right out of the boat. Our chef and the kitchen people helped him pull off a party where the fish was grilled and served to fifty of us. I can’t say I liked that halibut but the salmon they also grilled was wonderful. They also served salad, grilled corn on the cob, smashed red potatoes not to be confused with mashed potatoes and cake. They had so many people make reservations that they moved the party out to our cafe` instead of holding the dinner in the stuffy main dining room and it was like old times with everyone table hopping and talking to each other.

After the meal there was a sing-along that another family organized---a couple living here had their extended family visiting from out of state and they apparently run some kind of church camp. Imagine grow-ups singing old camp songs around a fireplace. They were from Montana and one guy played a guitar and a couple led the singing using lyrics brought up on their phones by Google. (Didn't have that advantage back when I was in Campfire Girls.) At one point the woman got up and recited a long poem which reminded me of a time my husband and I found ourselves at a poetry slam out west at a bar we happened to wander in to. If we could have do-overs I’d love to relive a couple of our vacations out west. My husband didn’t drink but he loved cowboy bars and I loved getting a feel-good buss on while soaking in the local culture. I can count on one hand the number of times I’ve had a glass of wine or a mixed drink since moving in here and it felt right last night to have a glass of wine. With two dollar happy hour drinks it’s a wonder I don’t do it more often but I worry about mixing prescription blood pressure drugs with alcohol. I really should google that and see if my worries are justified or not. A glass wine brings out my silly side.

People are falling like proverbial flies around here . My across-the-hall neighbor fell on a sidewalk crack and looked like she got mugged. Her eyes are black, she had stitches in her head and knees and that same afternoon the featured lecture was on the topic of fall prevention---a little too late to help her. Then at the fish fry the next day a woman fell in the lobby for no apparent reason and hit her head on the concierge's desk. She got hauled away in an ambulance but before that they had a heck of a time getting her forehead to quit bleeding. She was asking for her husband to go in the ambulance with her but he died six months ago. They kept her over night for observation for a concussion and stitches. It just doesn’t pay to get too close to anyone here. Ms. Social Worker is also back in the hospital after her seventh fall.

The staff here is not allowed to pick anyone up lest they hurt themselves or make a person’s injuries worse. Thus the fire department personal are down here once or twice a week. A couple of residents wanted to pick Lobby Lady up but no one would let the damn fools try. Not only are they elderly but they were elderly guys who had a couple of happy hour drinks under they belts. When they look in the mirror they must not see the 85+ men with no muscle tone left staring back at them.

One guy here who is known for drinking every night has only 300 feet to go home from the bar but he’s fallen three times. Apparently he’s made of rubber and never gets hurt. He’s over 90 and quite the talk of the place. When he’s drunk he likes to sing ‘colorful’ songs like you’d hear in a Scottish tavern. A few residents wanted him kicked out but the management doesn’t agree that he’s a problem. If he was a mean drunk that would be a different can of worms. Me? He just adds another layer to the Colorful Characters Cake around here and having been born in the 1940s and not the 1840s his off color songs don’t offend my sensibilities the way they do some people. Heck, he’s got such a thick Scottish accent half the time I can’t understand the words to be offended by them.

My mom was opposed to drinking. He father and brother were problem drinkers who drank up their paychecks and would come knock on her door to borrow money to eat the next week. My dad drank at an occasional party but it wasn’t a big deal with him. However, when my brother and I were growing up---starting around ten years old---we’d get a shot glass full of wine at all the holiday dinners. Good Italian custom for kids meant to keep us from getting curious about drinking when we turned legal. I suppose now they’d call that child abuse but it worked for me. In my entire life I’ve only gotten drunk once and that was enough. I learned my limit early on and after that I stopped on the “happy side” of alcohol consumption. I didn’t mean to go down this Memory Lane tonight but here I am. How about you, have you been down this lane in your life? © 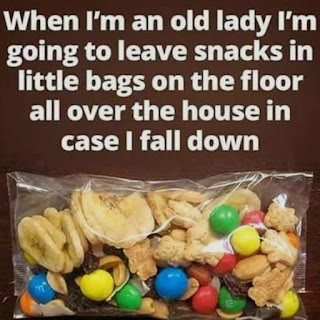