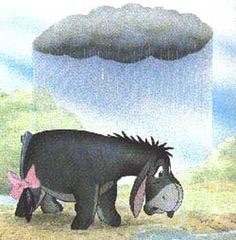 This past year and a half since we formed my Gathering Girls group, who’ve been meeting twice a month, I’ve been happy with my social life. Throw in a couple of lectures, the Lunch and Movie Club, an occasional Red Hat Society tea, my monthly book club and I’ve had enough contact with the outside world to keep me from turning into an eccentric character straight out of central casting. (Scene 2, take 4: As an old woman with wild white hair and wearing a ratty bathrobe wanders the street looking for lost dogs to hoard a hitman on the eighth floor pushes his mark out the window, the body landing several feet in front of the woman. She screams.) But things are changing. More precisely, our health is changing. One of the seven in our original Gathering Girls group has all but dropped out because she's on dialysis now. Two others have severe back issues effecting their mobility, one has breathing issues and another has digestive problems---all things that keeps them from roaming too far from home. And the oldest in the group keeps passing out for reasons her doctors can’t figure out. What used to be all seven of us getting together twice a month has dwindled down this summer to three or four and not always the same three or four. Nothing lasts forever and my inner Eeyore is retreating into the Gloomy Place in the Forest.

I know, I know, I’m mourning the loss of friendships before they’re even gone. I blame my own health scare for that…the one involving my failed elbow surgery from 1999 that I wrote about last month. I can live with the clicking sound of the erratic bones when I move my arm a certain way. I can live with the pain if it doesn’t get any worse. I’m learning how not to stress that arm and I can live with the plan the bone doctor and I cooked up to keep me out of surgery. (He’d have to cut off the bones in my lower arm and rebuild the entire elbow area---a long surgery, with a long rehab.) That’s our last Resort Plan. Since the anti-inflammatory drug he first gave me---prednisolone---helped so much his theory is that the failure of the screws in my elbow didn’t just happen and that I did something jarring recently to my arm that agitated the already messed up area. But you can’t stay on Prednisolone, so part of Plan A involves getting on a mild pain medication that I can do long term. I was happy with Plan A until the drug he prescribed came in the mail. Yikes, I’m not taking that stuff! Why risk a stroke---the number one side effect---because of a little pain? I haven’t called the doctor back to set up Plan B---the laser energy wave treatments---because I want to run all this by my internist at my bi-annual appointment next month, see if he has an alternate drug to recommend. The laser energy waves are not covered by insurance and they aren’t cheap.

It’s like everything in my life is lining up and pointing me towards a major reality check. It’s telling me I need to downsize again and move closer to my family while I still can do the work required. My hard earned social life is what mostly holds me to this end of town but how much longer will it be around? So this week I listed my first collectible on eBay in three years. I lived on eBay after Don died and I sold so much stuff it makes my head spin thinking about it. It was just one listing this week but enough to help me to relearn the ropes at eBay. Next up is a cap gun from the ‘40s that should sell for upwards of $700. It’s emotionally hard to sell off parts of your life, the prizes from treasure hunts. The day my husband found that cap gun at a toy show, he was over the moon happy. The one he grew up with---the one that helped him and his brothers ‘win the west’---was lost in a tornado that wiped out the entire family farm. Yup, he spent his adult years searching for and buying back parts of his youth. It’s a common MO for toy collectors.

So here I go again! I’ve been on Zillow.com looking at condos and manufactured home parks and I narrowed down my relocation search area to a bedroom community that is in the path that my nieces and nephew take when they come out of the boondocks to occasionally shop the malls on the south end of town. (I'm on the northern edge of town with over a million people in between here and there.) I’ve already found a knitting club and a library book club in the area and if I end up in a manufactured home park they both have a 24/7 pools and workout facilities. I could probably start a movie and lunch club in a park like that. But picking a condo or park has to also work for Levi. I won’t move without him and the last time I went through this 'gotta-move thing' they wanted to interview Levi before they'd even let me put an offer in on a condo. Stopped me cold to the whole idea of moving. Over the next few weeks I’m going to tour the two parks and several condo communities in my target area, talk to managements to rule them in or out for Levi before getting serious about shopping listings for sale within them. If the places in my target area get ruled out I’m going to throw a mini pity party before regrouping my brain cells. I feel like Eeyore setting off to look for a new tail, hoping that by this time next year I’ve found one. Except that Eeyore isn’t known to be an optimist, is he. © 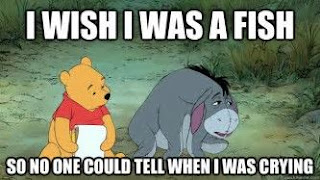