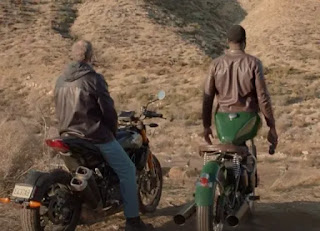 While trying to research which animals on earth like heat as much as I do I got sidetracked reading about the Hippopotamus. Did you know their name comes from the Ancient Greek language and literally means ‘river horse’? Of course you do, you probably read Let’s Meet Mr. Hippo to your children or grandchildren. You probably also know they can run faster than humans, can hold their breath under water for five minutes and they spend most of their time in the water. Little old childless me missed all that trivia. At OneKindPlanet.org they also say that, “Hippos sunbathe on the banks of rivers and lakes to warm themselves when it’s cool out. They take skin care seriously though and secrete their own natural sunscreen to keep their skin moist and prevent it from drying out and cracking. The sunscreens pinkish-red color led people to believe that hippos sweat blood, but in reality, they don’t sweat at all.” I might not secrete my own moisturizer and sunscreen but I don’t sweat either....at least not until the temperature gets in the high-nineties. But it’s a good thing hippos have that secreting sunscreen super power. Can you image how much it would cost to cover a three-four ton hippo with Hawaiian Tropic AntiOxidant+ Sunscreen Lotion just to have it submerse itself under water and wash it all off?

This week was bone week for me. I had my old-lady required bone density test Wednesday and I've got the long awaited bone infusion of Reclast coming up tomorrow---that would be yesterday to blog readers who read posts on the first day they go live. Confused? All you really need to know is they aren’t supposed to be back-to-back like that but the pandemic has done crazy things with scheduling---or I should say to rescheduling. Which brings me to another question to ponder. Did you know that of all the vertebrates in the world the one with the fewest bones are sharks? Only their jaws are bone and everything else in their skeletons are made of cartilage. If my bones get any more porous I’m going to start living in a lake where I’m less likely to break a bone, assuming I can find a body of water without sharks or hippos. There’s something about their worldview that makes them both very aggressive which probably explains why mermaids are extinct.

We all know about mermaids but I was shocked to learn that there was a male counterpart, a merman, who was first recorded in early Babylonia. When I was reading about mermen I thought about the Progressive Insurance TV commercial where they’ve photo-shopped the top half of a man to a motorcycle and a real man is asking him, “So what’s it’s like to be a Motour?” like he was a sub-species of Homo Sapiens. If everything on earth was destroyed by an asteroid but that commercial somehow survived and was discovered by explorers from another planet, they’d think the Motour was once a real life-form on earth.That leads me to believe that the artists from ancient Babylonia who first “photo shopped” mermaids on canvas with oils are laughing their heads off in eternity because people are still making money off their little mermaids. Today’s mermaid images, however, don’t have bare breasts. Ponder that one. Where do modern mermaids shop for bras, for example? And wrap your head around the fact that people a couple of centuries back could go to museums and view bare breasts around every corner but showing a woman’s ankles while getting out of a carriage was considered scandalous. Now, seeing ankles is benign but---gasp---don’t let a woman nurse a baby in public. Don’t get me started on that rant. I’ve got one.

Back to my bones: And back to the Greek Language. Did you know that ‘osteoporosis’ literally means “porous bone” and a bone density test is shorthand for a bone mineral density test? It measures the calcium and minerals deposits or lack thereof in our bones. My appointment was just to see the doctor’s x-ray technician and I have to go back on the 29th for him to talk to me about the six pictures she took. Actually, she took eight but she had to delete two because she forgot that I’m left-handed and the doctor wants hip shots on the non-dominate side of the body as part of his bone density set of scans.

Surprisingly, the orthopedist’s office was the least Covid-19 careful place I’ve been to since our state started opening back up. That surprised me. Tomorrow I’ll spend the afternoon at the infusion center getting my bone infusion treatment, and judging by the ‘rules of engagement’ the infusion center outlined over the phone, they will be more careful that the orthopedist's office and slightly less care than my hair salon. Wish me luck but of course by the time you read this it will be pass time for your wishes to work. However, I can tell you one thing, I won’t turn down the heated blankets they offer you at the infusion center. It’s always cold in that place! ©
Posted by Misadventures of Widowhood at 12:30 AM