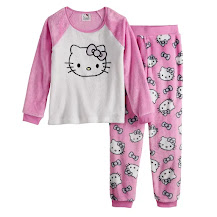 I ran out of cereal bowls this morning and no, smarty pants, it wasn’t because I’ve been using them for ice cream. I haven’t had ice cream in the house since Ben and Jerry dropped off a pint of Stephen Colbert’s Americone Dream last May unless you’re counting Purple Cow Cream Pops. Since you can have one of those ice cream core popsicles for 46 calories, I just call them Dessert Without the Guilt. Stick with me, kid, and I’ll teach you how to think like a fat lady.

I’m getting a head start on that January diet I usually do each year only I’m rebranding it as my Pandemic Diet. I hate to admit this but I gained eight pounds since the world pandemic and the American election formed a symbiotic friendship, like an oxpecker riding on the back of an elephant. Thank goodness pandemics only come around every 100 years and elections have never stressed me out in the past or I’d be as big as the elephant in that little visual I planted in your head. Let’s hope 2020 turns out to be an anomaly in the grand scheme of things. By the way, did you know that oxpecker birds graze exclusively on the bodies of large mammals eating “ticks, small insects, botfly larvae, and other parasites” according to Wikipedia as well as earwax and dandruff. Can you imagine a bird pecking at your ears? That would stress me out enough to eat gallons of comforting ice cream.

Back to cereal bowls…when you’ve eaten so much cereal that all your bowls are in the dishwasher it’s time to switch to coffee cups. It would take me twenty days to run out of them because I rarely use them for caffeinated beverages. I have one favorite cup I use for my morning coffee which I rinse out and put next to my coffee pot after each use. Probably not the smartest habit in the house but I have so many bad habits you’d be hard pressed to notice this one should you come to visit. Just know if you do come over, don’t grab the only yellow cup in the house and pour yourself some Starbucks Sweet Morning coffee. Not that you could do that during the pandemic. It hasn’t been in the store for several months. Neither has the Reddi Wip Barista Series Sweet Foam. The last time I found it I almost bought all four cans in the cooler but then I felt sorry for the next addicted person looking for it and I put one can back. Call me crazy, but don’t call me a pandemic hoarding bitch. Or maybe Levi my Mighty Schnauzer is rubbing off on me. He has a highly annoying habit of leaving one piece of kibble behind in his dish when he eats. Why? Is he dumb enough to think he’s leaving it for seed? Maybe. What ever the reason I’m jealous of his self-control. As old as I am, I still feel the compulsion to clean my plate for fear my mom will make me sit at the table until bedtime if I don’t. Light bulb Moment: Could Levi be my mom reincarnated come to torture me with that stupid, single kibble left behind in his dish daily reminding me not to keep blaming her for my lack of self-control? I mean I've had well over a half century since I ate at my mother's table to reprogram my mindset. Aren't I supposed to be the boss of me by now?

New Topic: Levi has me rethinking what I wear to bed. Don’t twist that into something kinky. What I mean is I’m not a person who likes to pop out of bed and get dressed. I like to wake up slow, drinking coffee and not get dressed until mid-morning. But once I move I won’t have that option because I’ll have to walk him instead of just opening up a door and turning him loose. My favorite one-stop-shopping store has a huge display of sleep jammies in stock---pandemic office wear---and seeing them made me think if I started wearing those to bed I could just put a coat over them do take Levi outside in the morning and late at night. For years I’ve worn L.L. Bean long flannel night gowns in the winter and oversized Hanes cotton men’s t-shirts in the summer that fall to my knees, neither of which would look good with a coat thrown over top. While shopping I saw a twenty-something walking around with sleep jammies on and she obvious wasn't wearing underwear underneath. Why is it that kids like her can get away with wearing sleepwear in public but a seventy-something can't do it without others thinking she's lost one too many of the social norms to be living alone? Sure, twenty-somethings have firm and perky breasts under that flimsy fabric but aside from the unfairness of gravity, I am here to protest against young people's right to dress comfortably 24/7.

I bought a set of jammies to try out. And while I was tempted to get a 'Hello Kitty' set, I didn’t. Too many of the heroines in the romance books I’ve been reading wear 'Hello Kitty' jammies while eating ice cream straight out of the cartons when they're on a classic, Ross and Rachel Break. As a widow I’m on a long break from my soulmate but I don’t need another visual trigger for eating my favorite comfort food. © 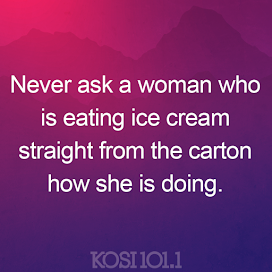 Posted by Misadventures of Widowhood at 7:49 AM