Eating During a Pandemic 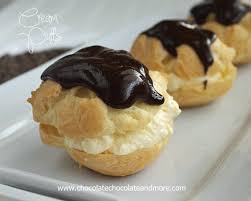 I made my last trip to the grocery store until after Christmas. I felt like a mouse, filling up my nest with food to get me through the pandemic and winter here in the frozen north. Why the mouse comparison? The summer when I downsized everything out of my basement I opened up a box and found a stash of probably fifty safflower seeds collected and carried from my bird feeder---a long trek across the yard, down a cement wall and to the box that was sitting in the middle of the basement. I had to admire that mouse’s industrial work and forethought but when push came to shove that stockpile and its owner had to go. That’s when I made the hard choice to stop feeding the birds. I had a vision from my childhood of a time when I was helping my mom clean our summer cottage in the spring and we found a nest with a mother mouse clutching her nursing babies and if that mama mouse had been wearing pants she probably would have peed them; I'll never forget the panicked look on her face. My mom had my brother carry the dresser drawer with the nest out to the woods where he was instructed to carefully re-locate the nest and family within it. Later that same day my mom was running around the cottage with a broom trying to smack another mouse died, probably the daddy mouse for which my mom had run of sympathy. If he had been wearing pants she probably would have told him death-by-broom served him right for not keeping “it” in his pants.

I don’t do much food pick up or drive-thru since the pandemic started, once or twice a month tops. But the other day I was going past a local chain that will hence fore be known as the Dutch Boy Restaurant and the marquee announced that turkey dinners are back. My car must have sniffed the air and before I knew it she was rolling up to their drive-thru speaker. I got thoroughly hooked on their seasonal, turkey dinners three years ago. For just under $12 you get (real) turkey, (real) mash potatoes with gravy, stuffing, a dinner roll and pumpkin pie. Why no cranberries, I can’t understand and the people who take your money can’t explain either. But it’s enough food for two meals and by coincidence I had some deli cranberries in the house so I pronounced my mood high on the matrix grid as I drove my box of happiest home so Levi my Mighty Schnauzer could get his cut.

Going to the Dutch Boy, though, usually makes me feel like I’m cheating on my husband. And I’ll repeat a paragraph explaining why from a prior blog post: “Why did we avoid the place? Because the owner wore his religion on his sleeve and he reminded Don of the members of a church who hassled the owners of a movie theater where he grew up. Imagine going to see The Lone Ranger and Gene Audrey at the Saturday matinees and being told they were ‘evil’ and the theater was doing ‘the devil’s work.’ Imagine knowing the owners kept the theater open long after it was turning a profit just to give the town’s teenagers something to do on the weekends besides drag racing on rural roads. Imagine all that and you might understand why my husband absolutely refused to support places like the Dutch Boy Restaurant with its judgmental religious tracts all over the place. Over the decades most of the religious tracts have disappeared but Don never let go of his dislike for the place.” I've gone there occasionally since becoming a widow because they have some good quality meals and they are known for their homemade pies and cream puffs. Little known fact: Back in the day I'm pretty sure a guy could have gotten into my pants if he’d been smart enough to show up at my door with a box of cream puffs. ©