I Need a Nondisclosure Agreement with Myself 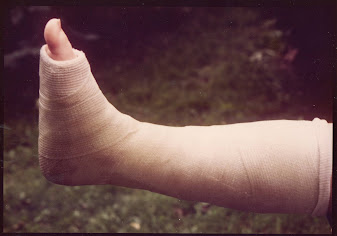 I also need a volleyball named Wilson to talk to like Tom Hawks had in the Cast Away movie.  Thankfully, I have a dog even though he’s a boring conversationalist. “Give me a treat!” he barks then repeats: “I said give me a treat. Right. Now!” “Open the door!” “I said open the door. Right. Now!” Ya, Levi’s a demanding housemate who only think of himself. If I need a hug he’s not on board. If I need him to quit barking at the neighbor’s dog, he’ll give me that look. The one that says, “You’re not the boss of me.” But he IS a living organism that's keeping me sane during the pandemic so I put up with him mouthiness. A volleyball would be easier to live with though.

I’ve never thought of myself as a person who needed others around me to be happy. Having no children and working out of my home for the majority of my working years, I’ve spent a fair amount of time alone. But this pandemic is starting to make me feel disconnected from society and not in a good way. Sure, I’m connected through Facebook, e-mails, text messages and through listening to television playing in the background of my life, but the people on the other end of those various forms of communication are starting to not feel real. I don’t know how to explain it. It’s like the world is becoming all digitized and robotic and all my social contacts are like Alexa or Siri---voices with no hug-able bodies attached, no eye contact to make them real.

Speaking of Alexa, aside from missing her old voice---they soften the voice to sound more real---I also miss her spelling words for me every morning. My Kindle quit charging and no amount of trouble shooting would bring it back to life. During the pandemic reading trashy books has become my lifeline and this past week I’ve been in reading withdrawn hell. That is until I discovered that my old Kindle 3 still works, after four years of inactivity. Thankfully, I didn’t get around to taking it to electronics recycling and now I won’t. Ever. But without a light-up screen it’s not as good for reading in bed like my Kindle Fire 8 was. I was planning to get a Fire 10 next summer anyway because it has a few features I wanted like Zoom and a better/louder speaker so I can listen to books and I figure the bigger screen will be better for watching movies, when I'm ready to do Netflix's. But I’ve been sitting on my fingers to keep me from ordering the new Fire because I’d just purchased a new computer chair (after my old one broke) and I wanted to pay the credit card off so I could use the points toward the Kindle. Finally the points did show up on my Amazon Card and the wait was worth $54.00. The Fire was also on sale for Christmas so for $100 and taxes a new Kindle is coming my way soon.

I’m not sure who I’ll Zoom but it would have come in handy for an e-Visit with the doctor’s office this week and that will probably be the main way I’ll use Zoom going forward. I’ve got one of those annoying UTI. I kept putting it off calling the doctor because I thought they’d make me come in to the office to leave a urine sample and with the Covid-19 raging in my state a medical office was the last place I wanted to go. I get an UTI every 4-5 years so I was pleasantly surprised that the doctor’s nursing assistant just called in a prescription.

Aside from the usual annoying problems that an UTI causes I wanted the darn thing under control because I needed to make an appointment with the foot doctor. Across the top of my right arch is painful and by night-time the lower half of my foot swells and I could visualize it causing a blood clot if I let it go on too long. I called the office thinking it takes at least 2-4 weeks to get an appointment but they got me in two days later (today)….on the third day of my UTI medication and thankfully I got through the appointment without having to rush out of the exam room like a cheetah with its tail on fire in search of a bathroom.

I seem to be good at assuming the worst when I’m walking into a doctor’s office. I was sure I had broken a bone and would need to have surgery and/or a cast but the pain was getting too bad to ignore. Turns out the pain IS caused by a broken bone but ones I broke back in the ‘70s. The fracture lines are so full of arthritis that it’s pinching a nerve that is causing the pain, swelling, tingling and needles-and-pins feelings followed by numbness. The She Doctor doubled the dosage of a nonsteroidal anti-inflammatory drug that I take for my arm pain, wants me to use ice for 15 minutes every night on the foot and she’s sending me to a specialty shoe store to get a pair of shoes that I’m to wear in the house. No more Crocs for me! Ever! And trust me, I hated the woman for that proclamation. In six weeks I’m to go back and if doing all this stuff hasn’t helped she’ll inject some gel along the fracture lines to get some space around the pinched nerve which is the same thing my bone doctor will be doing in my shoulder at my next appointment.

Sometimes we/I spill too much personal information in my posts especially since the pandemic has kept me at home with nothing but the four walls to write about. I mean do faceless Alexa and Siri-like people out in cyberspace really need to know about my UTI or the other innate thoughts rolling around inside my head? That’s a rhetorical question. You don’t need to answer. But I do think I need to sign a Nondisclosure Agreement with myself to set some limits on my what my loosey-goosey standards allows me to type into my blog. Maybe I need to put that down for my first New Year's Resolution. ©

Photo Note: The cast up above is the actual cast I had on my foot when I broke my foot. I had that thing on for 12 long weeks. I broke several bones in my foot when I missed a step while running down a staircase.