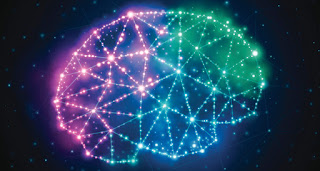 I woke up to the dog yipping in his dream. I hung my head over the side of the bed and in dawn’s early light I saw him lying on his side, his little legs pumping in the air. He didn’t wake up for another two hours, but I couldn’t go back to sleep. Sometimes he sleeps so late in the morning that I feel compelled to make sure he’s still breathing. I dread the day when he’s not, knowing Levi will most likely be the last dog I’ll have in my long life. I’ve never lived without a dog, sometimes two at a time. I have photos of me before I was old enough to walk and a black dog who was big enough to jump into my playpen, which I’ve been told she did whenever I cried or someone came up on our porch who Blackie didn’t know. She was my babysitter while my mom was busy inside the house.

I have vivid dreams, too, and have often wondered what I look like when I dream. My most frequent dreams involve running down a long hallway or alley. Doors are everywhere and I’m trying to find the right one. I don’t think my legs are pumping when I have those 'searching dreams.' I’m more prone to experience sleep paralysis which is common when people are awaken before the REM stage of sleep in completed. You’re conscious of your surrounds but you can’t move or speak until the REM cycle is finished filing your recent memories over from one part of your brain to another, long term storage area. Think of the brain during sleep like a computer, doing maintenance. I don’t like my ‘searching dreams’ but my others usually range from okay to feel-good-all-day fun. I'm careful what I read or see on TV before falling asleep and, yes, sometimes those romance books I’ve been addicted to since the pandemic started have on occasion giving me a few X-rated dreams. Just sayin' I'd rather be romping around with a gorgeous guy who didn't get the memo that I'm older than dirt than to be spending my dream life plotting out how I’m going murder my next door neighbor which is why I don’t read psycho killer books.

There was a long period in my life when I could task myself to solve a problem while I was sleeping. Like ask myself where I put something I’d been looking for or to recall a bit of information that was eluding me and when I’d wake up the next morning, the information would be on my conscious mind like a hypnotist's trick. I kept a dream diary for years and spent time every day analyzing my dreams. I quit doing it when my dad was in his last five years of life. He had some episodes where he couldn’t tell the difference between his dreams and his real life and I would get calls in the middle of the night where I’d have to help him sort out what was really going on. His dream were not nice, feel good dreams and it scared me that one day that could happen to me as I aged.

I still remember many/most of my dreams when I wake up but I don’t purposely try to document them before I even get out of bed which is the trick to building up your ability to recall dreams…you have to transfer them from one part your brain to another before they float away. (And, yes, everyone dreams.) At first it will only be fragments you remember but the more often you record those fragments, the more recall you’ll get over time. I don’t recommend but doing dream diaries but if you do it, remember that the often weird or disjointed content of our dreams comes from our brains sorting through our memory banks, looking for space to dump new data off. It’s the brain's job during sleep to transfer of short term memories from our last waking hours to long term memory storage. As we age and we don’t sleep as well as we used to, we can start losing our recent memories of, say, what we ate for dinner the day before but we can still recall details of events that happened 25 years ago. Getting quality sleep and dreaming are important. If we don't sleep we don't store current events.

To this day, though, one dream I had back in the ‘70s caused my husband a lot of grief and has the power to make me laugh. Now. But back then I wasn’t laughing. I dreamed he was having an affair and it seemed so real I accused him of doing so, which of course he thought was funny at first that I got so mad over a dream but two days later I was still mad and he was frustrated. How did I expect him to defend himself against a dream? “We’re practically jointed at the hip!” he said, “when would I even had time to have an affair?”

In recent years with the invention of smart watches that can track our sleep cycles, I got mini obsessed with tracking my REM sleep (which is the stage of sleep when we dream). Going to my Fitbit dashboard each morning was the first thing I did after starting the coffee pot. After having the watch for several years it quit syncing and I debated about getting another. I opted instead to get another brand that takes my blood pressure and my pulse. It still tracks my sleep cycles but doesn't do it in percentages like my Fitbit did and that broke my REM sleep obsession. I was too lazy to the math on my own. When this cheap watch I have now dies I'm going to get one with so many functions that I won't be able to raise my hand, it will be so big and bulky. Yup, a SEAL team watch goes right up there on my Want List next to 'magic pants' aka cargo pants with a zillion pockets and a photographer's vest with a zillion more pockets. And in my dreams I'll actually be strong enough to walk around with all those pocket full of stuff. Instead of running up hallways and alleys searching in my dreams I'll be searching pockets looking for my lip gloss or a folding fishing rod in case I get stranded out in the wilderness. ©