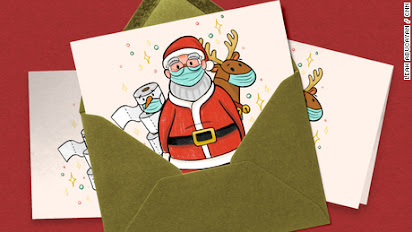 Been stuck at home avoiding catching the virus

Haven’t even been to the store to see

If toilet paper and hand cleaner is still being hoarded.

With everything I don't do

Haven’t sat down to write a single holiday card

Don’t have a wreath hung, no tree is up with tinsel

And Christmas catalogs all went in the trash unopened.

No holiday luncheons or parties are on the day planner

No Christmas movies are playing in the background

Not even Miracle on 34th Street, Buh Humbug!

With everything I don't do

Didn’t do any holiday shopping except for a goat

I thought about giving through Heifer International

But I gave the money to the homeless shelter instead.

Will be filled with merriment and penned up good cheer

Making up for this year while the virus ravishes the earth

Granted, it's not much of a poem. It might have lines and stanzas but it's got no rhythm and the meter off by a mile. But in my defense I wrote in less than fifteen minutes and within an hour I had multiple copies printed out and stuffed in thirty Christmas cards. It wasn’t until after I had them sealed that I realized I had a mistake in the last line. (Don’t look for it because it’s gone from this edition.) It was just a tiny ‘s’ that didn’t belong at the end of the word ‘mask’ but it was so typical of what happens when I don’t proof-read a zillion times and do it a few days after I write something. Oh, well, most of the people on my card list are not in the Wordsmithing Police except for one. She teaches high school English so the professional side of her brain is fine-tuned to catches errors like that. I thought about putting a note on the back of her envelope explaining that I originally wrote, “wear your masks” but I changed it to “wear a damned mask” but I forgot to delete the offending ‘s’ and to beg her, “Please don’t kick me out of the wordsmithing family club!”

I’ve had a decade-long tradition of sending out self-depreciating attempts at humor otherwise known as my annual Christmas letter and it’s hard to stop doing them. But last year I did stop and I heard a lot of feedback about missing my letter. Still, this year I planned on holding firm. “No Christmas letter for you!” said in my Soup Nazi’s voice. So why the last minute change of heart? I was cleaning out my cards and gift wrapping chest of drawers---yes I have/had one. (Don’t judge. Martha Steward have entire rooms devoted to gift wrapping.) Anyway, I found thirty Christmas cards and enough stamps to go with them. I had a choice to make---either use them or send them to Goodwill. My addresses were already in my computer so in no time at all I had them printed on labels. The 'poem' just popped into my head while accidentally hearing Bing Crosby singing It’s Beginning to Look a lot like Christmas in the background on TV as I was getting the cards ready. I say 'accidentally' heard that song because I've been avoiding all things Christmas this year.


Since the pandemic and keeping a blog makes for strange bedfellows, I decided that Christmas Poem would fill up one of my twice a week slots because after the epic week I’ve had of closet cleaning I needed an easy-peasy post. But I promise Saturday’s purging post will amaze, disgust or/and shock you! Maybe all three. © 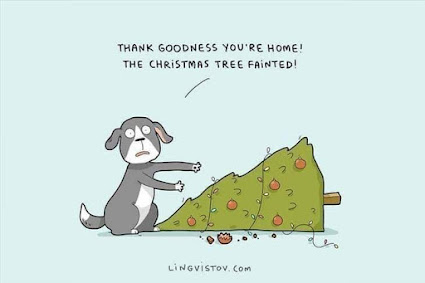