I've Got my Running Shoes On 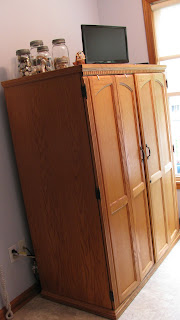 June is coming at me like a freight train and I honestly don’t know why I’m taking the time to write a blog. I take that back. Writing is my go-to method of working through whatever nonsense or otherwise that is filling up my head. It’s my pressure relief value to see my thoughts belched out all over my monitor screen where I can cut-and-paste them in to a better order or delete some thoughts altogether and expand on others. Like now, I’m having trouble wrapping my head around the fact that I’ll have to break down my desktop computer and move its wardrobe by the middle of the month and switch over to using my hated laptop and I hope to hell-and-back that I don’t need my printer until October. Aside from to-do lists about the only things I've been printing lately are e-Bay related and if I list anything over the next few months it will just be a lone piece of art and I can easily handwrite a shipping label for.

My deadline for Operation Laptop is the week of the 14th, that’s when the-son-I-wish-I-had will be over with a helper/college kid to power wash my house, driveway and white picket fencing and while they’re here they’ll move the computer wardrobe (pictured above) out of the kitchen breakfast area. That end of the kitchen hasn’t been just a place to eat since we moved in. It’s also been my office, my dream station, my view of a cattail bog and three large pine trees that are magnets for wildlife. After I rip my computer setup out of the area I'll put the leaf in my oak table and stage it as an eating area for a normal family who can enjoy the view without typing their fingers to the bones at the same time. The wardrobe will go in the garage and up for sale on Facebook Marketplace and my desktop computer will go into the tech shop for a good cleaning and reformatting before I box it up to store for the move. I read there are some internal batteries inside computer towers that should be taken out when you store them so I’ll have to check that information out as well.

I spent a day with my family over the Memorial Day weekend---vaccinations have freed our bodies and souls, thank goodness!---and I was telling my niece about how all three of my TVs are dumb TVs (as opposed to smart TVs that have Wi-Fi connectability) and after I move I’ll only be able to hook one up to their cable and if I want a TV in the bedroom and den/craft room/office---I decide on a what to call my all purpose room yet---and she showed me a little six inch thing called ClearTV. They use it on their dumb TV at the cottage and it brings in a surprisingly good picture. It's like a miniature, old time antenna and it picks up all the local channels and the three major networks. I went home and put that on my Amazon Wish List. Sometimes it pays off to lament your disappointments in public. That conversation saved a least one of my TVs from ending up at recycling. The other one might be too far away from a window to work, but I’m not replacing any TVs until I’ve tried it. 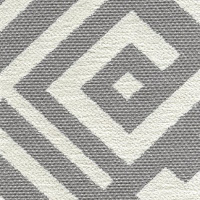 My new best friend, The Cushion Guy, called me with the news that the fabric I wanted for my wicker furniture is on back order and won’t be available again until September. At first I said it was worth waiting for but by morning I had changed my mind. I stopped back at his hole-in-wall shop and asked him if there was a chance that the company would cancel that fabric order before September and he said, “Highly likely. The pandemic has touched the supply chains of every single company he deals with.” So I looked through his fabric books from a local wholesaler and when I found two that I liked he called on their availability. One was in stock and unless they sell 20 yards of it between now and when I take the sample book back tomorrow, I’m back in business. (I borrowed the book over night to check the fabric it against my flooring sample.) The fabric is similar to the first fabric I had my heart set on only it's a darker gray and white pattern. The bolder contrast will actually look better---grounding the furniture to the dark floor. I feel lucky that the pandemic backlog delivered me what I need instead of what I thought I wanted.


While looking through fabric sample books in the shop an elderly and very obese-butted woman came in with complains about an eight year old mattress she bought there. It had a ten year warranty and she said it wasn’t comfortable anymore. She kept saying, “It sucks my butt down into a groove.” I wanted to ask her if she’d seen her butt lately in a mirror but, of course, neither Mr. Cushion Guy nor I said anything remotely like that. He offered to replace it free of charge but it would be the same mattress which was on the lowest end of the price scale or he could give her a full, store credit to use toward a better quality mattress. “If I have to pay extra for the upgrade,” she said, “then, I don't want to do that.”

“Would I get the same ten year warranty if you replace the one I got?” she wanted to know. “No, you’d get the balance left on the warranty you’d be using to get the free replacement mattress...unless, when we take your old one apart to see what happened inside, we find something defective in the way it was made. In that case, I could give you another10 year warranty.” She left the shop after a good half hour saying she needed to think about it and his parting words were soft spoken and sincere: “Let me know what you want to do. We want you to be happy and I’ll work with you.”

He was the most patience guy I’ve run across in ages. While Obese-Butt was trying out mattresses and I was still looking at fabrics another customer came in, a guy who looked like he lived in his van, and he needed a piece of foam rubber to sleep on. Mr. Cushion Guy treated him with great respect and dignity. He sold him a day-bed cushion with a cover on it that, he said, was made by mistake and he charged him less than a throw pillow I was ordering to go with my settee. Plus he helped the old guy repack some stuff in his van to make room for the cushion. Oh, yes, I'm happy that I decided to spend my money locally, to support a small independent business with a heart. ©