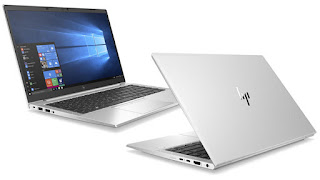 I’m sitting here typing on my new/used laptop computer that I got from one of the computer repair shops in a local chain. As you may recall I took an instant dislike to the guy running the place based on the only two facts I knew about him. 1) He reminded me of my uncle who followed the good weather across the United States selling Bibles, and 2) he advertised his relationship with God on an 8”x11” sign on his counter top. As I said in my other post about the sign, it’s not that unusual where I live so chose to ignore my first impression and go back in to see what he had to offer to help me get back my documents and files in the quickest way possible, since my old tower computer was fried. I’d already researched new computers online and the ones I wanted came with several months wait time before delivery, not something I could do while in the process of moving.

The second time I was in his shop the sign was gone and another in its places that read: “My purpose is to bring glory to God.” Okay, I thought, it’s time to give this guy a backstory. And the backstory I gave him was one of a 30 something guy with no family except for the cute little shop dog he had who greeted new arrivals, a guy who was overcoming a substance abuse problem and he needed his daily God devotions as much as he needed oxygen to breathe to keep himself on track. Of course could have asked him what his story was over the course of the hour plus we spent together but I liked the fake one I gave him and I didn't want to give him an opening to evangelize. I've been living in the City of Churches all my life and know how to avoid the dark alleys.

What I did learn is the chain bids on corporate computers whose leases are running out and then they customize them for people like me. I ended up with a 3 month old HP 15” laptop that sells online for $1,700 and I paid $450. (For that price I figure if I don’t like it I can get another after I move and keep this one as a backup. My old backup laptop is living on borrowed time and had no room for my lost files.) And that $450 price includes a one year warranty and all my recovered files and photos plus anti-virus software, a free replacement for Office that works with my Word files and he gave me demonstrations on how to access just about everything including some maintenance software and other bells and whistles I’ve never had before.

If he didn’t look so much like my uncle I might have warmed up to him, But we both stayed in total business mode although he did try to make a joke about one of the answers to a challenge question we needed to get one of my programs working again. I could tell humor was not a tool in his box of human relationships but I laughed anyway. I did like the fact that he didn’t talk down to me or too far over my head the way some of the sales people at places like Best Buys have been known to do to seniors.

He gave me back my old hard drive without me asking for it and he got a little upset when I said I was going to hit it with a hammer and drop if off at tech recycling. “No, no!” he said, “Keep it forever because if you need to recover your photos and files again I can get them off that hard drive!” When he was showing me my restored files and when he was asking about some apps he didn’t recognize it came out that I have a few book drafts and he even saw the cover of one of the books I self-published. I think he was impressed. “You have a lot of word documents compared to most people,” he remarked. He also said I was smart for being old school about keeping my passwords as on paper. He says so many people come in there with fried computers and many times they can't get their passwords back.

All and all, if I had been a blind person buying this computer where I did, I could be totally okay with the experience, the price, the computer and my decision to take the quickest route to get my online life back in working order again. Except for his signs he didn’t bring God in an of our conversations which I respect and appreciated but I still can’t get past the feeling that I just bought a computer from an off-spring of my uncle's. I don't know how good my uncle was about keeping it in his pants but if Computer Guy  turned up on my 23 and Me account as a possible relative I would not be surprised. ©

Email ThisBlogThis!Share to TwitterShare to FacebookShare to Pinterest
Labels: computer