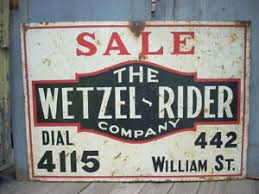 The papers are signed. The Plan is in place. The listing is due to go live the 8th of July provided the-son-I-wish-I-had and I can get through our job lists in time. So much to do. If all goes well Tim’s part will be done in two days of work. He says. I say three. Got the window cleaning and house cleaning scheduled for the 5th of July and photographs the next day. I’ll be walking around in circles all next week trying to get my part done. Paint a bench on my front patio. Purge some more stuff in my closet. Find some papers for the realtor including a death certification for my husband. I’d already registered one with the county tax office but they didn’t take his name off the registered deed. I guess that’s not uncommon with government offices to not follow through with stuff like that so you can't close without that certificate at the closing.

We’ll accept offers until the 15th then look them over all at once. Randy, my trusty realtor---let's hope he is---thinks we’ll get multi offers with more than a few good ones. He says there's absolutely no houses in my price range in my school district for sale and that’s a major draw because I live in a School of Choice Zone between two very desirable schools. He’s also going to accent the wheelchair accessible features of the place, the 830 square feet garage and the privacy of my backyard with its nature strip which is in full bloom right now with orange lilies, Queen Ann’s Lace and yellow and hot pink flowers I’ve forgotten the names of.

My roll top desk was picked up while the realtor was here to hash out details of what I need to do and not do. That was kind of hairy, though, because the lady picking up the desk had a vehicle that wasn’t big enough and she came all the way from Maryland. The half hour pick up turned into an all afternoon deal because they had to go rent a small van and she and her partner will be driving back home separately, each taking half a desk with them. It was a hold-my-breath moment, hoping she wouldn’t ask me to cancel the e-Bay sale, return her money and leave my desk standing in parts. Hauling large object home from out-of-state was something my husband did on our vacations so I had some sympathy for the situation even though it was their own fault. But she was motivated to get the desk home and my bank account thanked her. And if she's like my husband was she'll turn the Tale of Desk Pick Up into a great story that will have everyone laughing and make her love it all the more.

Randy doesn’t believe a house needs to be so sterile that you can’t have things like my wind-chimes up or a Puff tissue box or toaster sitting on a counter top. He also doesn’t play games with bringing in rented furniture to stage a place. My house won’t be featured on a HGTV make-over show on how to make money for a staging company. And I can buy my own cinnamon bun scented candle if I want the place to smell like I just baked bread, thank you very much. Houses are selling in my area in 8 to 10 days plus he thinks the seller’s market will hold until the end of September. When banks can do foreclosures again---which they haven't been able to do because of Covid---it will be a game changer. Even if the happens soon, I should be okay because of how long the foreclosure process will take before a glut of houses will get dumped on the market all at once. Real estate boards are watching for that trigger switch to happen which can come any day now.

he number of things Randy wants Tim and I to add to our To Do List was short. But one of them took me nearly two hours to figure out where I put the instructions for adding a code to my front door key pad. I don’t have a tradition door nobs to put a lock box on. It was either add a code or buy a new deadbolt. I thought I’d put the instructions in a box I set up for the new owners. Not finding it there, I downloaded the manual online but my new computer wasn’t acquainted with my printer yet so I had to dink around with introducing the oldest machine in the house to the newest machine. And wouldn’t you know it, my old brain kicked in after all that and I remembered to look in the place I’d kept those instructions for the past decade and there it was. Oh, yes, I've got it all together. All my pickles are in the jar, all my goldfish are still swimming in their tank. If you believe all that, I have an ocean front cottage to sell you in North Dakota where the buffalo roam the sandy beach. ©

Edit to add: Foreclosures have started. And I was right about Tim. He's working his third and final day as this goes live on Wednesday---vacuuming cobwebs in the basement. I'll have to go to recycling and Goodwill on Friday but otherwise I'm ready except for the window cleaners and house cleaners on Monday while I dusting furniture.