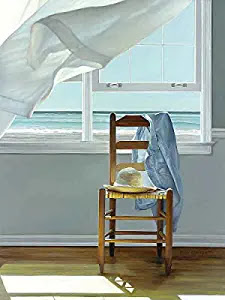 This post is going to be filled with bits and pieces of disjointed topics. If I’m lucky I might get a paragraph out of each topic I bring up starting with something that occurred to me while I was standing in line to return a hair dryer that had buttons so tiny and stiff that I couldn’t operate/push them. It occurred to be that I was happy I’ll soon be living across the hall from a gym and finesses center. Opening things like pickle jars has gotten to be a real struggle and, yes, I’ve got 4-5 styles of openers that were supposed to be heaven-sent for seniors. After I move I’m just going to pop across the hall with all my pickle and peanut butter jars and announce that I need help. And if none of those old duffers like me can't do it, I'll start timing my "pop overs" around a scheduled class when they'll be a young instructor on site.

One step forward, one step back: I’ve got a job list of things to do before July 1st but it seems like when I cross something off, I have to add something new to the list. I was in the bedroom when I heard a crash coming from the kitchen. It was night and dark in the house and at first I thought someone was breaking in. But when I got to the kitchen---finger poised over the 911 quick call button on my emergency dialer---I found one of the built-in, under the cabinet light fixtures (3 feet long) had pulled loose and was hanging by the wiring at one end. Eighteen years it’s been up there, why now? Does the ghost in the house not want me to leave? Is he trying to sabotage my planned listing? All six screws that used to hold the fixture in place are stripped and there is no way I can fix this on my own. I can’t even change the bulbs inside that fixture on my own because I can’t get the glass hood off with my lack of arm strength and finger dexterity. I cut a couple of pieces of foam core (for art projects) to prop the fixture up, to take the pressure off the wiring, and right now I’m giving it the Scarlet O’Hara treatment of postponing worrying about it until another day. I'm lucky the toaster and coffee maker underneath the fixture came through the 'attack' unscathed. It could have been worse.

Pandemic inspired hair styles: The hair around my face is pure white, a color most people generally would not label as ‘sexy'. In fact there is nothing about me that's ever been labeled 'sexy' except maybe a book I might have in my hand. But recently three people have called my hair ‘sexy’---yesterday from a total stranger. Other people lately have given me less shocking compliments, but I’m guessing the ‘sexy’ label comes from the fact that I now have long bangs on one side that touches the frames of my glasses and covers my entire right eyebrow. I hate that eyebrow, it’s all white while my other one is a mixture of black, brown and white. I almost got them dyed once but the girl about to do it dripped dye in my eye and I thought I’d die or go blind or both so I chickened out.

Hair and Wind: My hair is thick and I’ve learned since I’ve been growing it out that hair is not like memory foam. I go out in the wind, it sticks straight up in the air but it won’t come back down on its own, it doesn’t want to remember where its been. Hair spray doesn’t help keep it from getting wind-whipped nor does that waxy crap that is supposed to hold your hair in place, so I’ve resorted to doing an imitation of James Dean the minute I step out of the wind; I whip a ‘boyfriend pocket comb’ out to tame my mane. It’s the thinnest steel comb I’ve ever seen and it’s designed not to spoil the line of your butt in your tight designer jeans. I don’t have designer pants or buns that deserve to be in them but I do love that comb. I’ve accumulated a lot of hair care products since the pandemic. It’s become a mini obsession but between the wind and not finding a new hair dryer my longer hair style is getting close to its expiration date.

I bought a cheap poster quality print (photo at the top) to fit a large Nielsen frame I didn’t want to dispose of. The original print I had in the frame got badly sun-faded on my porch over the years and I was excited about this new one. I swapped the old print out, put the new one in, not bothering to use a mat. It looked wonderful but if you’ve had any experience in framing you can probably see my rookie mistake coming. I proudly hung up the new print but in the morning I was horrified that it was full of wrinkles. It’s been four decades since I was hot and heaving into framing and I forgot paper needs breathing room. Damn! I had a perfectly good mat on the sun-faded print I could have used but I took it to recycling before I realized my mistake. So I unframed the new print and took it to a frame shop to have them get the wrinkles out then dry mount it on core foam so it won't wrinkle again. You might say I turned my $35 print into a $70 print because of my own mistake. I wouldn’t recommend dry mounting an expensive print, by the way. It destroys it value to most collectors.

Sometimes it feels like my entire life this past year has been a giant series of steps forward and steps backward. And I haven't even told your about my latest hiccup. My computer lost all its settings, photos and documents just before I was getting ready to pack it up to put it in storage. It's getting the Scarlet O'Hara treatment until next week when my Worry Bucket won't be so full. ©