Post-Pandemic Socializing or Oh My, I'm getting Old! 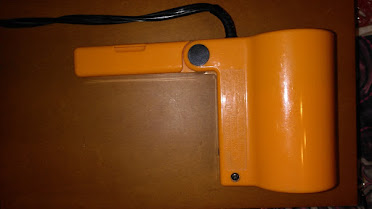 Coming up with blog titles is not my thing. I had two for this one and couldn't decide which one to use, so you're getting them both. When my husband was alive he was the one who named any creative endeavor I did. He had a gift for boiling down what he was seeing or reading to a few well-chosen words which amazed me because as a storyteller he couldn't edit down himself. If you told him, "I've heard this story a thousand times!" he'd keep on telling it, full-throttle with all the details he always included. Friends would joke, "That's story number 42!" but he'd keep on telling it. Fortunately most of his stories were fun, so there was that to keep people from running in the other direction when they saw him coming.

Do you know how to tell if you're getting old? When you find out that the hair dryer you’re using is listed as a collectible antique. I kid you not that happened to me this week. I’ve been replacing things right and left for my big move coming in October and the dryer I have has a plug that is hard to get in and out of electrical sockets, and somehow after all these years of being that way I’ve started worrying that it isn’t safe to keep using it. So I googled the brand thinking I’d get their updated version because I really like that little hair dryer with its folding handle. That’s when I discovered that it was made in 1973 which means I’ve been using mine for nearly 50 years! If I was still doing e-Bay I could sell it and buy at least two new hair dryers for what I’d get. Who in the heck wants old hair dryers besides people procuring stage props? It boggles my mine and I’ve been around collectors most of my life. I wish I hadn’t looked it up because now I don’t want to junk the old dryer if it still has intrinsic value to someone but it doesn’t feel right donating something to Goodwill if it’s something that I don’t feel is safe use. No matter what I do with it it’s going to come with a serving of regret.

I got invited to go out to an Irish Pub for beer and hamburger night by a couple of women in my now-defunct Gathering Girls group. I felt silly asking about getting home before dark but I had to because I’m now restricted by law and common sense not to drive at night. As it turned out they said they’d go early enough to get us home before the stars come out but during our texts back and forth my cushion guy called and wanted to stop by after he closes the shop to do a fitting of the foam on my settee and chair. I didn’t want to do anything to derail that train coming down the tracks so I told the girls I'd have to pass and to ask me the next time they go.

And they did, we’re going out on the 14Th. I’ve been to this Irish Pub before. It’s dark and noisy and the bathrooms were built for midgets but it’s fun and it seems like a great choice to meet and greet our new after-the-pandemic life. Talking with strangers without masks on is weird after over a year of not seeing anyone’s faces and I’m still not completely comfortable doing it. But I’m getting there. The pub should help. The place is a middle-class hangout with good food where people friendly-flirt back and forth between tables and with people walking by. Friendly-flirt as opposed to sexy-flirt and there is a difference in expectations and goals and anyone in any age bracket from toddlers to octogenarians can friendly-flirt. It’s kind of fun in a voyeuristic way, though, to watch young people sexy-flirt in a bar. (Or is it just me, the Romance Book Junky who thinks so?) 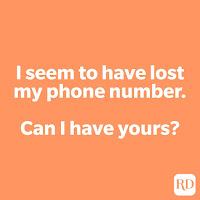 And speaking of socializing, I recently saw the unvaccinated member of my defunct group of six. We had lunch together in a riverside park. I loved catching up with her and her experiences having a vendor booth in a resale mall because sometimes I miss that part of my past. Puttering around changing displays and adding and subtracting stock to a little retail space often made me feel like a kid again. In fourth grade my teacher had a 'store' in her classroom where we took turns being the cashier or the customer to teach us how to make change. Now, counting back a person's change is an obsolete custom. I tell you, the signs of aging are all around us! By the way, my favorite job in the pretend store was lining up the can goods and wax produce. (I'm so old that plastic fruit hadn't been invented yet.)

After having lunch in the park, I swung around to small town's cemetery to dig up around his headstone to keep the quack grass from taking over. I’ve been doing it twice a year since he died in 2012. Once I’m no longer living in this end of the county I wonder how long it would take that pervasive grass to cover over the writing on the granite making it only visible after a killing frost in the fall if I don’t dig it up as often.

I’m not a stickler about visiting and maintaining grave sites. But my husband was. Before his stroke we decorated nearly a dozen graves every Memorial Day and for a few years afterward until I put my foot down and told him it was too hard hauling him and his wheelchair around to four cemeteries and me doing all the plant hauling. I’d never met most of the people buried in those graves but my husband was keeping a promise he made to his mom and he was a man of his word. I know me, and I know neglecting his (and my) headstone in the future will come with guilt. I also know as I age my world and driving range will get smaller and smaller and the neglected headstone will become to pass.

P.S. I don't know when it happened but my blog view counter hit over 1,000,000 recently and I didn't even notice. Took me nine years but, what the heck, I'm not living the life of the rich and famous, so I'm pretty proud of that number. It should have been a moment to celebrate. It should have been a moment to thank everyone who stops by to read from time to time. So here's my belated 'thank you!' Life is a series of adventures and misadventures and I'm grateful, humbled, and flattered when others spend time reading about mine.