The Season of Parties 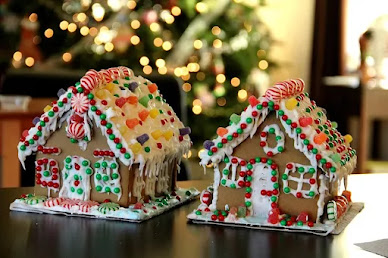 Saturdays are a crap shoot when it comes to trolling for conversation at the cafe’ here at the continuum care complex where I live. We old people seem to be creatures of habit honed to perfection back in our working days when Saturdays were for shopping and catching up on laundry and housework. It was never my day off day per se. Being in the wedding business for twenty years, my Mondays were other people’s Saturdays but here Saturdays are slow. No classes take place, no card games. It’s not unusual for me to be the only one keeping the waitress and cook off the unemployment line. Today, however, they were hosting a viewing party for residents who are into college football so they could watch a game together. Me, I don’t like contact sports---baseball isn’t one, is it?---so when I came down for lunch I sat in the farthest corner I could get away from the TV.

My brother played football in high school so I understand the objective and rules of the game and I spent a year during my chameleon dating era pretending an interest in more than the chips and cheese at tailgate parties while my jock of a boyfriend went full-out fan supporter. His life, thus my life by the rules of The Chameleon Girlfriend Club, revolved around college and professional football schedules. I really thought he was THE ONE and I can’t help thinking about him when ever I hear the song, Unanswered Prayers.

Speaking of parties here, birthday parties are fast becoming my favorite thing to do around. The guy they hired for our latest monthly party is well known at the local bars and summer outdoor parks where he makes his living singing Jimmy Buffet and the playlist of my life from the ‘50s to the ‘70s. He even throws in a little Willy Nelson who was my husband’s favorite country western singer/song writer. I don’t know what they pay the people the activities director hires but it’s got to be their standard rates because we don’t get amateur hour entertainers here, even though the number of people who show up for these parties is often an embarrassingly low number under two dozen.

Another activity was added new to our holiday calendar this year. A gingerbread house building contest. They furnished the kits with all the trimmings but I made a run to the Dollar Store to buy alternative candy so mine will hopefully look different. Stupid me, at the Thanksgiving dinner table we were talking about the contest when someone said, “That won’t be any fun. The houses will all look the same.” I had to open my mouth to mention my trip to the Dollar Store. "Is that against the rules?" someone asked. "Not that I read," I replied, "but all gingerbread house contests require everything on the house to be eatable so I'm assuming that rule applies to us." I'm having fun making mine and I'll take photos when they are due for the judging. I really hope the 'only edible' rule applies to us because someone has already waved it off and is adding plastic figures. A friend from my writing group is making spun glass/sugar windows and I want him to win. He showed me photos, his house is spectacular!

We also had a holiday decorating and tree trimming party. They had one last year and I didn’t go. Even the promise of hot chocolate and gingerbread cookies couldn’t make me cancel my standing haircut appointment, but that was only half the story. I was also avoiding getting involved with the other x-floral designer here on campus who was trying to volunteer my services (along with his) to decorate all the public spaces. It was a good call. I have zero interest in reliving my past glory the way he does. Now, every holiday large or small he has taken to provided our lobby with decorations. Although at one point I felt sorry for him as he sat alone at table making dozens of bows for a Christmas tree. I stopped to talk to him but I didn't cave when asked to stay awhile and help. This year I fully intended to help decorate the lobby but as I walked through the staging area there were 12-14 people standing around discussing their own ideas. When it comes to creative decisions, I don't like making them by committee so I kept on walking. They printed one of my poems in the newsletter, so no one can say I don't contribute to the community.

The holiday season is bringing lots of musical events to the residents here but I have very little interest in going downtown to hear Christmas concerts or to churches in the area to hear their choirs sing so I can’t write about what I don’t see and hear. I’m just not into that kind of music but if I was we do have new transportation that will make it safer and more dependable than what we’ve been using. We actually have our own bus now! I’ve been in the tin can they rented last summer but I wouldn’t ride in it during the slip and slide, crash, boom season. I have an unnatural fear of dying in a car accident. Had it ever since the '80s when we had a neighbor who worked as an EMT driver and she’d come home from a shift all excited to share her experiences like holding a person’s eye ball or an amputated leg in her hand. She loved the gore at bad accidents, but she described the gory details to the wrong person once and got fired. After that she worked in a hospital drawing blood. The  'vampire' nickname people have for blood draw techs fit her to a tee.

We have a wandering choir coming to campus to sing Christmas carols up and down the road. I'm sure that will remind me of a Hallmark Christmas movie. And, yes, I'm one of those who binges on Hallmark Christmas movies starting in November. At least they aren't fattening and they point out a little known secret to all the single women of the world. The secret is that all the hot guys who are ready to settle down are back in the small towns of America. So if you're out there looking for Mr. Right, go home and visit your parents or grandparents this holiday season. ©