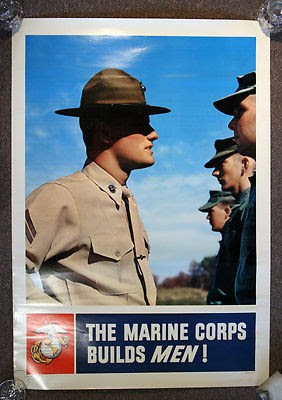 Funerals. Celebrations of life. Whatever you want to call it when people gather together to give our condolences to the immediate family and share stories of the deceased are something I’ve never balked from going to. I find it interesting that no matter how well you think you know a person that there are people who will stand up and talk who present a whole different side of a deceased person’s personality. And I suppose that shouldn’t surprise any of us. We grow and change throughout our lives. We are marked and influenced by our experiences and the people we meet along the way. However, in the case of my childhood friend’s celebration of life it also gave me a lot to think about. As I said in an earlier post, we spent a lot of time together from the time I was born until our late teens. Our parents were best friends since before they were married. They vacationed together, built cottages four doors way from each other and kept in close contact their entire lives. We kids, though, eventually went our separate ways but through the grapevine we always knew the basics of what was going on in each other's lives.

The core theme at Allen’s Celebration of Life service was he lived the Marine values his entire adult life after having served four years in the early 1960s. I’ve always been fascinated by how so many old men pick either their college years or their four years in the military as the highlight of their lives while women pick the years when they're children are young. Allen and I exchanged a few letters back in those days when he was stationed in Japan and if he wrote about his coming of age in the military it wasn't to me. He grew up with not much of a role model for a father and after listening to the stories told at his memorial service I’m guessing Allen’s commanding officer in the Marines filled in the gaps on how to be a man. He had the Marine Corp honor guard and three gun salute as part of the service.

His mother was the kind of mother who (cheerfully) waited on her husband and son hand and foot. A typical example: as a teen Allen would be sitting at a table not more than four feet away from the kitchen sink during our nighty Monopoly games and would yell for his mom in another part of the cottage to get him a drink of water. He was a lazy kid, never made to do chores and his father never lifted a hand to do stuff that by tradition of the era was men’s work to maintain a house and yard. Allen's sister from around 11 or 12 years old used to follow my dad around like a puppy dog and he taught her how to do household maintenance like fix leaky faucets, repair screens and sticky windows which she did to help out her mom while her father read Westerns and drank beer and Allen read comic books.

And yet at the memorial the minister told story after story about how hard Allen worked on their church projects and others told how willingly he helped people in need. He came to religion in the last seven years of his life, after a deathbed promise to his wife of less than a decade. A confirmed bachelor until his sixties his marriage surprised a few of us back then. And I don’t mind telling you that it always gives me pause for thought when I hear about late-in-life devotion to a church. Will it happen to me? I don’t see how…yet I picked a Christian based non-profit place to live out my days. Just sayin'.

When prayers are offered at places like funerals or events here on campus it bothers me when they end with “In the name of Jesus Christ, amen.” after years of trying I still can’t wrap my mind around how excluding other paths to God makes the world a better place. I guess I had too much exposure as a kid to being told I was going to hell if I didn’t accept Jesus as my savior. Being a bullheaded kid (my mom’s nickname for me) who grew up to be a stubborn adult I can’t see me grabbing that transformation ring as I’m dying. If I did you couldn’t trust that I wasn’t just treating it like an insurance policy in case I’ve been wrong all these years of believing being a moral person with a good value system is good enough to get membership into the realm of angels, if there is such a place.

One would think I believe in a heaven or an afterlife if you read the words on Don’s and my headstone. It says “Happy Trails to you…until we meet again”. I chose those words in the sense that our souls would find each other in the ether that fills the upper regions of space. Our souls meeting as gases and transforming into something else. Ya, kind of an off-shoot of reincarnation. It also was something Dale and Roy Evans used to sing at the end of their TV show and Don's funeral had a Western theme.

None of us will know for sure what happens after we die but I really would like to know if others who have not been church goers and/or are non-believers think about deathbed acceptance of church doctrine. If a loved one asked you on their deathbed to stand up in front of a congregation and say you’re ready to accept Jesus as your savior the way Allen's wife did would you do it? I suppose when someone is dying it’s easy to say whatever gives them comfort but actually doing it would take a deeper kind of love than I’ve ever experienced.  ©