When a Childhood Friend Dies 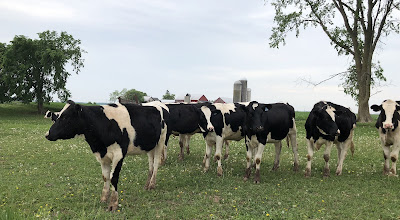 A guy I’ve known my entire life died. I didn’t know the adult he’d become as well as I knew the childhood we shared in the first seventeen summers of my life. But this will be the first Christmas when we don’t exchange Christmas cards. Neither one of us just send a card from a box with our names scribbled inside. He would fill every blank space on a hand selected Hallmark card with a memory of our years spent playing together at the cottages our folks both built and I would fill up a type-written Christmas letter. The kind some people make fun of getting and others seem to enjoy.

My brother was a year old than Allen. I was two years younger and his sister is my junior by a year. I don’t remember any of us ever having a fight. We were too busy playing cowboy and Indian, building forts and digging sand pits. We swam, fished and canoed together. We walked nearly ever day a couple of miles either to a grocery store to get ice cream and Orange Crush or we’d packed a lunch and walk around the lake where at the time had no other cottages. Most nights we had a Monopoly or poker game going at his house where they had a huge table with chairs that came out of an old school and the number of players around that table sometimes was as high as ten but never below the four assorted cottage kids. The first 15-16 New Year's Eves and days of my life were spent with a sleepover at one of our parent's winter houses while they partied at the other.

When I got the text message that he had died, I was sitting in the car waiting to go inside to get my hair cut. So I had to buck it up and not let the tear or two flow down my cheek that threaten my composure. Selfish me, I wasn’t so much sad on his or his family's account as I was sad for the loss of a piece of my past.

His family and mine kept the cottages in the families all these years since 1943 and whenever I visited my niece, who now owns the cottage of my youth, I’d walk down to see the siblings and nine times out of ten Allen would be there and we’d chat a little but as adults we didn’t have a lot in common. In my twenties I dated a friend of his for a year but we never talked about him or the fact that another friend of Allen's was the first boy I ever kissed or that the two of them once flashed their penises at me, his sister and a few other girls when they were 14 or 15. If laughing at a kid's penis could give him complex they would have had them because we girls laughed so hard I'm thinking there was a little pants peeing involved.

Another great memory we shared involved five or six Holstein cows that got out of their field and I, Allen and our siblings ended up in a tree to get away from them. We were up there so long that Allen had to poop. Yup, he did it, hung his bare butt over the branch of the tree and dropped his "logs” down to the ground to the delight of the cows who all took turns smelling what fell from the sky. I thought we’d die up there in that tree but eventually, as all cows apparently do, they did go home at milking time.

That tree is still there as well as the dairy farm and the cows. I’m no longer afraid of the cows---consider them my spirit animal--and I often stop when I’m out there to take their photos. They are so curious all you have to do is stand by the fence long enough they’ll come up to visit. I milked my first cow at that farm along side Allen. We shared a lot of firsts together. I saw my very first TV show with Allen and his sister and we learned to pick blueberries together.

One thing we never shared was a coming of age story and I guess I’m grateful for that because most coming of age stories involve a traumatic event like in the movie Stand By Me. Written by Stephen King, directed by Rob Reiner, you probably remember it’s a story of four boys who find a dead body along a railroad track and as in all coming of age stories it marked the lose of their childhood innocence. I was a late bloomer when it came to my own coming of age experience. I was in my mid-twenties and it involved the friend of Allen’s who I dated. It’s not that I hadn’t heard stories of the darker side of life by then, but hearing them and experiencing them first hand are two different balls of wax.

The obituary for my childhood friend was very long and for the most part I knew everything in it except for one line about him being very happy when Trump beat Hillary. That had me scratching my head, wondering why in our current political climate would anyone put that in an obituary that will follow a person for centuries…assuming the world goes on for centuries and genealogy research is still a thing in the future. My niece thinks he wrote it himself and I'm guessing she's right. All these years we've been cancelling each other out at the polls. I'm not surprised, really. Our parents did as well and they'd managed to stay life-long friends.

Allen's not the first person in my age bracket to die, but we had known each other since my birth and now I'm down to just my brother who I can say that about. That's when you know you're really as old as you feel. ©