The Guy in My Garage, the Ice in my Heart 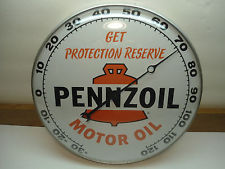 I’ve got to share something before I forget. Earlier this week when I got my haircut I inquired about my hairdresser’s mother (my age) who was widowed in 2001. “She just went on her first date!” my hairdresser told me. “A concert downtown.”

“That’s what I said,” my hairdresser replied, “I never thought I’d see my mother do that!” I’ve met her mom and she’s as cute as a button---a compact little bundle of energy with an easy smile and a bouncy persona. I’m surprised it hasn’t happened before this.

The day after my haircut, the antique dealer/gas station memorabilia collector came over to the see the stuff I had priced to sell at wholesale rates. He didn’t buy it all but he sure made a huge dent in the “smalls” stock laid out on the table. Beautiful, green folding money exchanged hands and after an hour of great conversation, he headed towards his truck to leave. Then he came back inside the garage, handed me another hundred dollar bill and said, “I’m going to take that thermometer after all.” I wasn’t planning to sell it that day---hadn’t researched it recently---and I thought a hundred was too low, but a bird in the hand is worth two in the bush, as they say.  “Did I remind you of your husband just then?” he asked, as he it took it off the wall.

I grinned. “You sure did. We’d even gotten part way home when Don would turn around because he just couldn’t pass something up.” And like this guy, Don always managed to buy something that the owner hadn’t planned on selling. Nice guy. Nice conversation. Nice memories stirred up that left me with a tear or two rolling down my cheek after he left. We knew a few of the same collectors and he invited me out to his house to see his stuff, though I did see his photos. Serious collectors usually carry a “brag book” although now days they keep them on their phones. He made an offer on a couple of other things I’m not quite ready to sell, but if I decide to let them go I’ll do a delivery and take him up on his tour. Those tears, by the way, weren’t the grief kind of tears. More like the kind you get when you go into emotional overload, flooded with memories of places and events you’d been to, where you had a great time with down-to-earth people who all shared a common interest. It was fun meeting this guy…and don’t get any romantic ideas on my behalf. He’s married and much younger than me.

At the Red Hat Tea on Wednesday we worked on planning some summer outings including an overnight trip across the state to shop at a large outlet mall. I’d rather have my fingernails pulled out one by one than do that much outlet shopping, thank you very much. The cost of putting Levi in a kennel for two days added on to the other expenses will be my excuse for not signing up. In a couple of weeks, though, we’re going to a small town near-by for lunch and to shop a mall full of booths with crafts, collectibles and re-purposed stuff. More up my alley. A Celtic festival is also on the agenda and I hear that's going to be great fun. Plus a summer garden party is in the works.

We talked about an annual Red Hat event that I'm not going to...I'll come up with an excuse later. It involves the chapter taking women from a nursing home to a 4th of July parade. They’ve been doing this since the chapter’s birth and thanks to a local funeral home that “loans” us their lavish front porch and serves us all refreshments, the seating for the parade in ultra-prime real estate. Don’s funeral and those of lots of people I’ve known over the years was at this place. One day the nursing home residents will use their services and one-by-one my Red Hat sisters will take their places in the nursing home. Small towns are tight like that, from cradle to the grave. Am I a terrible person with a heart of ice for not embracing this day of community service? Probably so but my selfless service tank is running dry and I don't know where/how to get it filled back up again. Ya, I know. I can almost hear my mother saying what you're probably thinking, "Just do it and quit complaining!"

When the heck is someone going to stock my freezer with some ice cream? It's months since I've had an indiscretion with Ben and Jerry's and I could use a little dalliance right now to feed my guilty conscience and help me mourn (or celebrate, I can't decide which) the newly created empty spaces in my garage. ©
Posted by Misadventures of Widowhood at 12:10 AM