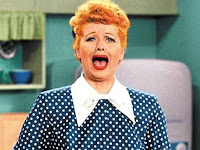 There’s a teaser promo that’s been coming on TV all week long for the finale of season six of The Good Wife, a legal drama that I haven’t watched since season one. In the promo it shows the main character, Alicia, saying, “I don’t have any friends and I don’t know why.” If there’s more to the promo than that one line, it’s going right over my head because that single sentence haunts me long after the promo is over. I’m venturing a guess---and I could be embarrassingly off base---that she has no friends because her husband and her once-best friend slept together and as a consequence she doesn’t trust or confide in others. She's a guarded person plus she’s busy being a mother and a defense attorney. How’s that for analyzing a TV character I barely know? I might just have to watch the show tonight to see why that promo line is the teaser to a storyline that’s supposed to hold viewers over to season seven in the fall.

“I don’t have any friends and I don’t know why.” That could be my theme song except for the fact that I do know why I don’t have any friends. Heck, I’ve spent all week long trying to puzzle out an explanation that doesn’t come off sounding whiny or like an excuse or a cry for someone to fix me. I’m not doing any of those things but if I was, “whiny” would probably come the closest to the truth. I’m just trying to make peace with the way things are in my life. And I guess this would be a good place to state the obvious, that I lost my very best friend and soul mate when my husband died. Before that happened, I didn’t sit around thinking about friends. Duh, I didn’t have that hole that needs filling. Like The Good Wife, I no longer have a confidante. Waaaa! Well, except for this blog. Whine, whine, whine and yes, I’ve got cheese to go with that.

Okay, moment of truth: It’s misleading to say I don’t have friends. The trouble is my closest friends and family---the ones where the give-and-take and the conversations flow seamlessly---don’t live close-by. And all the technology in the world isn’t going to give you a satisfying hug. Waaaa. Though I did get a hug this week from the son-I-wish-I-had. He stopped by. I love that guy. We chattered back and forth like a couple of magpies on a clothesline.

In the making-new-friends department, it doesn’t help that I’ve always been an independent person who is not afraid to be alone. I have this theory that it’s the people who don’t like being alone who evolve into extroverts. They invite, they organize, and they draw people to them to keep them company; me I’ve always been able to entertain myself so I depend on the extroverts to get me out of the house and away from my hobbies. Thank you, extroverts. You are an important pillar in the social order of old maids and widows. Do your thing. Just tell me where to be, when and what to bring.

I had hoped to sign up for some Olli classes this summer but everything they’re offering is dark and heavy like: The Dawn of the Nuclear Age, The Bubonic Plague, and Death Acceptance. Yuck yuck and yuck. Someone must have kidnapped all the artists and writers who normally teach the fun stuff because there isn’t a single thing in the new Osher Lifelong Learning Institute catalog that I’m interested in taking. Twenty-six classes and not one is a remotely upbeat class except for Chinese Music which conflicts with my Movie and Lunch Club. Whine, whine, whine. I am turning into a broken record.

I have a busy week coming up. Monday and Tuesday I’m helping with the Mother’s Day banquet at the senior hall. That first day, I'll be helping to decorate the hall and setting the tables for 110 guests and on Tuesday I’ll help get the beverages ready, dish out the catered food and clean up after everyone is gone. Then later in the evening I’m going to my first “Write and Share MeetUp" at the library. Wednesday I’m going to a live musical production downtown. Thursday I have carpet cleaners coming and on Friday my Movie and Lunch Club meets. Yup, I keep throwing things into that hole in my life, hoping one day I’ll look back and say, “Where did it go? I don’t see it anymore.” I just wish I didn’t feel so restless in the meantime. What I really need is a meditation class so I can turn that whiny “Waaaa” of mine into Ommmm.  ©
Posted by Misadventures of Widowhood at 12:07 AM